"Work Weekend (plus!)" because this post includes work accomplished before and after the official "Work Weekend."

To make the pathway between Old Threshers' Museum B and the platform on the north side of South Station an easier walk for the crowds at the 2017 Old Threshers Reunion, the tracks leading out of the station needed to be raised a bit. Matt C. and Scott D., using track jacks and the backhoe brought the tracks to the appropriate height for the pathway. 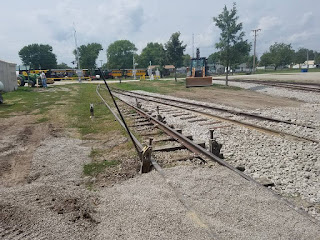 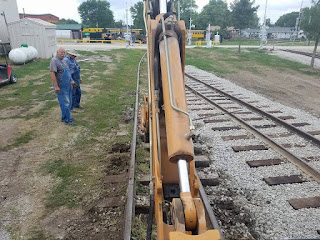 An ongoing project has been the resurfacing of inside of the 6's tender. In previous blog posts, the removal of the fuel tank, removal of access panels, and sandblasting have been highlighted.

This month, the final surface preparation and application of the epoxy coating was completed. The first few pictures show the tank's insides after sandblasting, needle scaling, wire brushing, and final cleaning with a solvent. 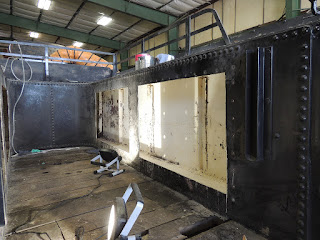 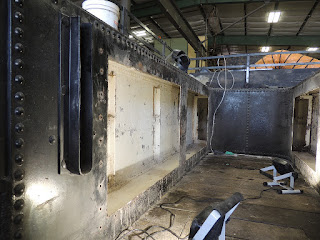 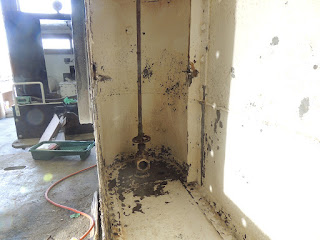 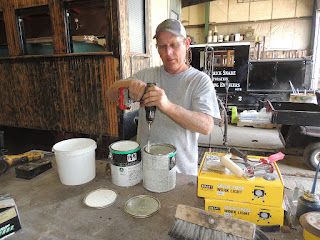 James M. and Rex F. apply the coating to the tank walls. 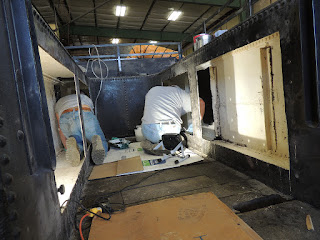 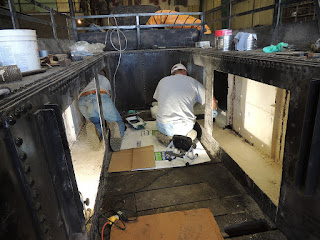 On the east side of the South Station, ties west of the south spur's switch were nearly nonexistent. A group of volunteers removed what remained of the old ties, slid good condition used ties in place, and spiked the rails. The south spur switch will be rebuilt. 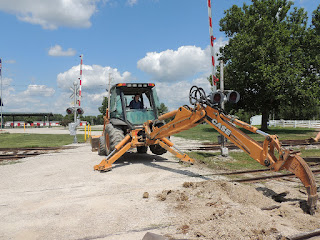 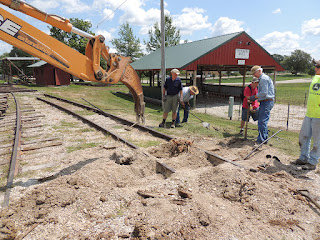 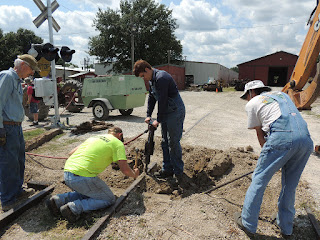 In late July, Dave O. led a project to move the trucks on the Mt. Pleasant (also known as the green coach) inward by a few feet. This will allow easier access to the journals and provide a better ride for the passengers. 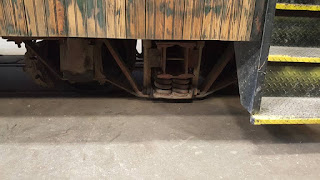 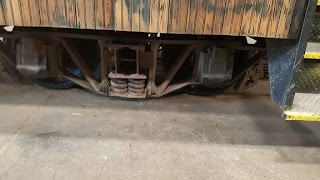