No, it didn't snow this weekend but it had been snowing in the previous weeks. The tracks and switches were well covered making moving equipment more work than anyone felt like doing.

The volunteers pursued a few small projects such as renovating some of the engine crew upholstered areas of the 6's cab and sandblasting and painting of a new hand brake wheel assembly for one of the two D&RGW flat cars.

The monthly board meeting reviewed the 9's relocation to the Georgetown Loop RR in Silver Plume, CO, and discussed several big projects for the upcoming months.

...and yes, the shop seems empty. We hope the 9 is comfortable in its Colorado home.

Various newspaper articles have appeared in the Mount Pleasant IA (here and here), Burlington IA, and Denver CO newspapers. (You can search those websites for the articles.) The Narrow Gauge Discussion forum has several threads regarding the 9's move to Colorado.

NOTE: The following collection of pictures are from various MCRR and GLRR staff members.

The 9 had been partially disassembled over the early part of January. By late January, all that was left to do was load the 9 onto the trailer and start driving "west."

From the onset, the weather wasn't too cooperative. Many inches of snow and ice had blocked the tracks from the MCRR's shop to the South Station where the trailer was waiting.

MCRR staff clean the rails to prevent the 14 or 9 from derailing. 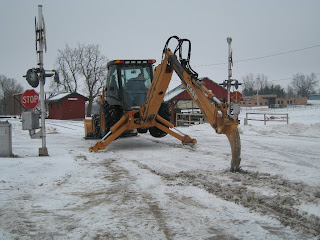 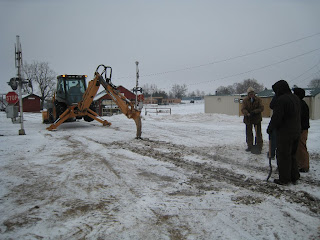 The diesel 14 pushes the 9 into the east end of the South Station. 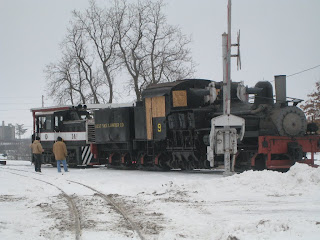 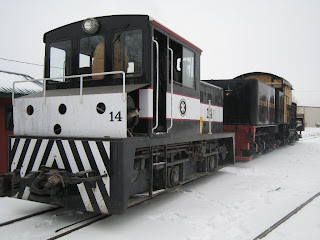 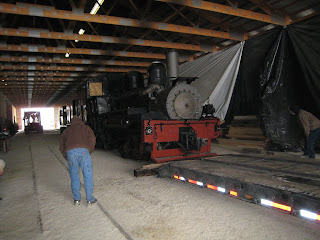 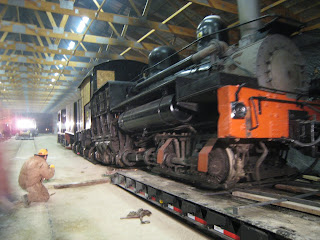 With the 9 and its tender loaded onto two trailers, the drive to Colorado was about to begin. 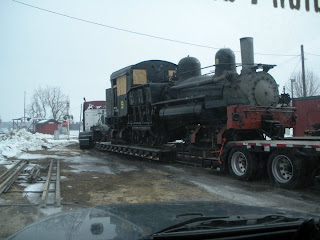 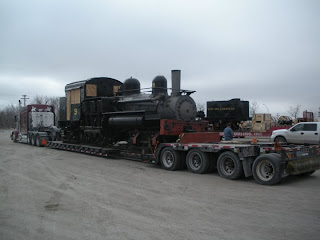 Near Des Moines, the caravan exited I-80. A Des Moines-based MCRR member met the trucks and took a few pictures of them entering and exiting the interstate highway. 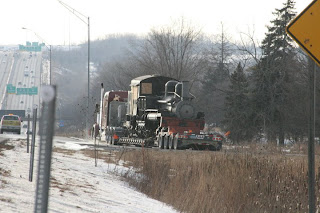 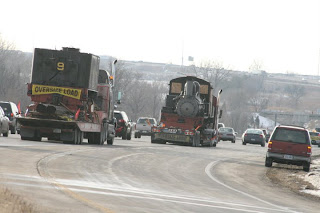 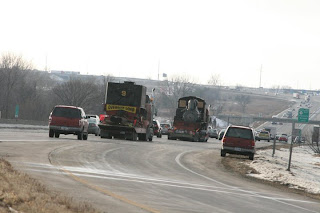 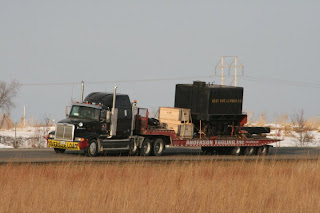 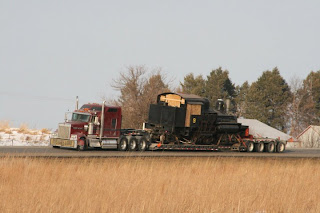 The trucks are nearing their destination. 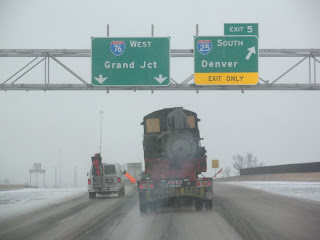 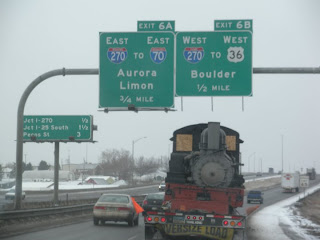 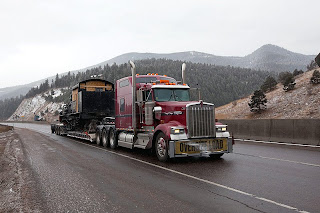 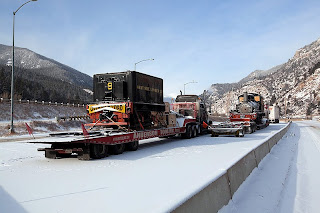 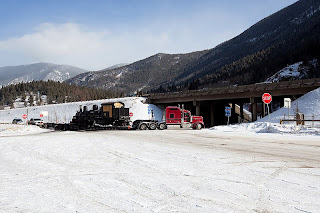 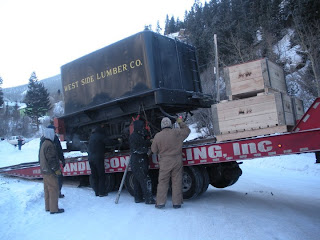 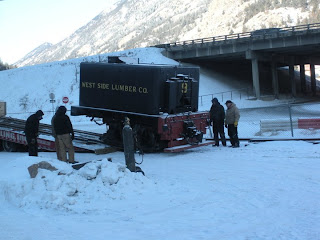 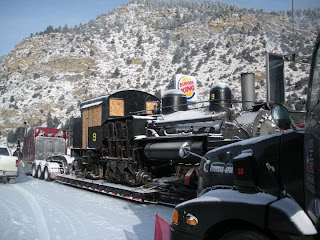 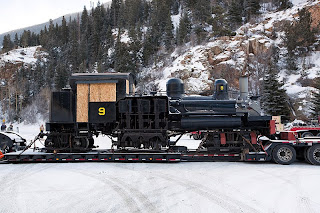 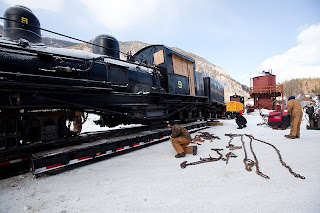 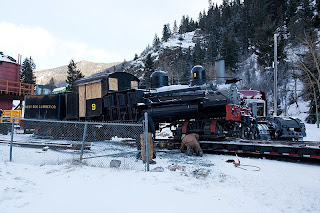 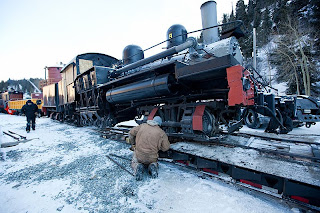 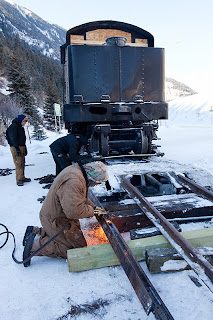 It looks like the GLRR staff couldn't wait to light a fire in our Shay! Hahahaha -- that is their smokey diesel switch engine, with its stack perfectly in line with our Shay's stack. 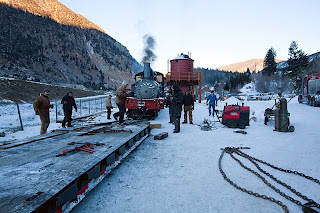 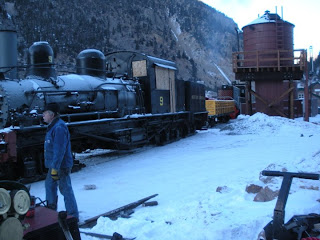 Here a few shots of the scenery which the 9 will be traveling. This beats the snot out of the little trestle at the north east end of McMillan Park! 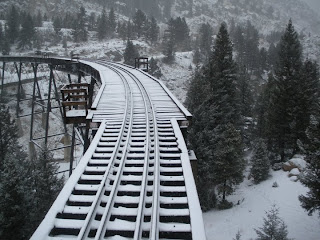 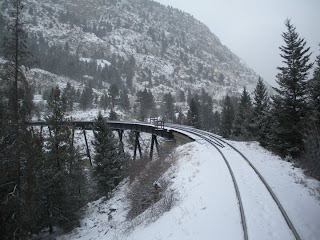