Ever since the refurbishing of the two DRGW flatcars in the first half of 2008, a few members of the MCRR have been "gnawing at the bit" to continue the acquisition of (usable) freight train rolling stock. (For the record, we do have some other freight train elements but very few usable pieces.)


In conjunction with the Georgetown Loop Railroad, the MCRR struck a deal where we traded two of our "other" flat cars for one of their box cars. The GLRR desired the flat cars for conversion to passenger cars -- probably open air cars -- and we had the desire for additional storage and items for the freight train -- see above. In mid September, volunteers of the MCRR along with the ability to use equipment from Anderson Tooling of Fairfield, IA, executed the trade.


In an interesting juggling act, the flat cars were moved from their various locations around the MCRR's yard an onto the low-boy trailer from Anderson Tooling. The first order of business was to place rails on the trailer and on one of the flat cars.


The rail-less flat car onto the trailer. 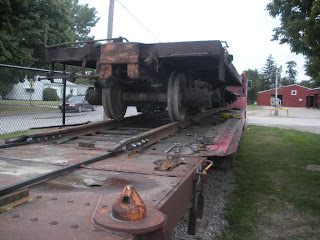 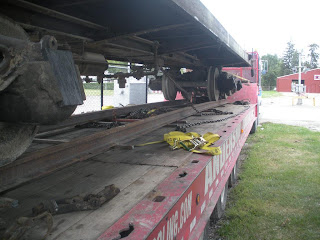 Positioning the trailer in front of the railed flat car. 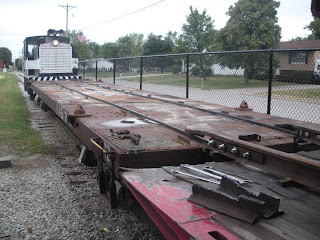 The rail-less flat car on top of the railed flat car. 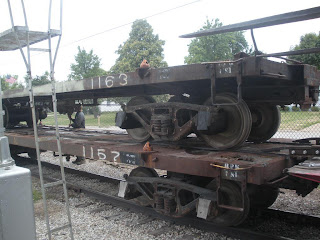 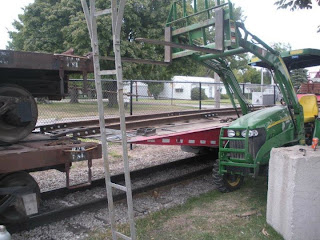 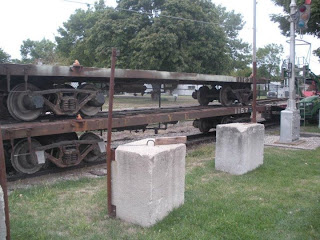 Pushing the two flat car combination onto the trailer. 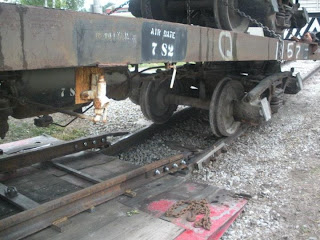 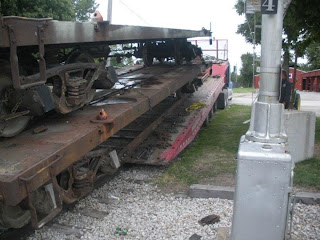 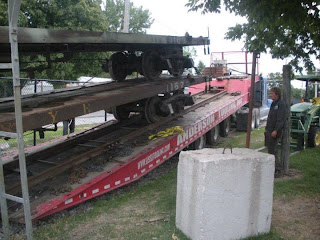 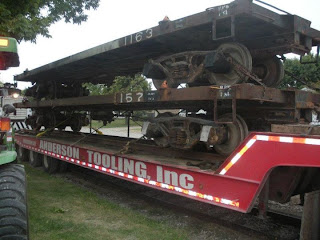 After loading the flat cars and spending several days tinkering with the package, the driver and helper, Matt C and Dan H left for Silver Plume, CO. Here, the truck is paused at a stop on the east slope of the Rocky Mountains. 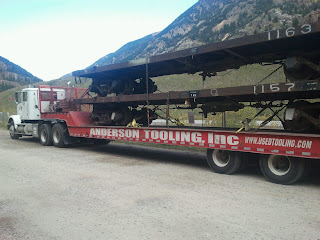 Now the process is reversed. Pull the combination off the trailer, remove the top flat car, and so on. 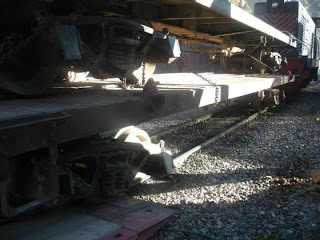 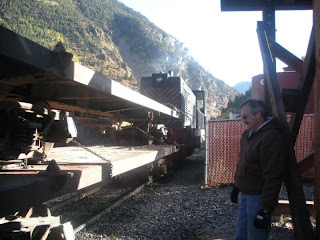 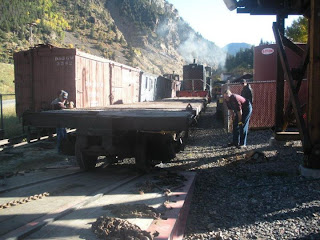 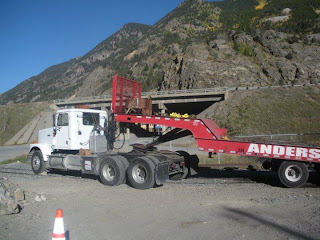 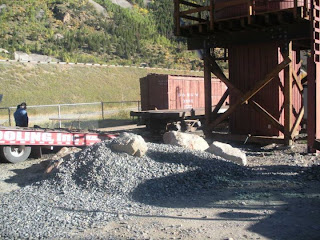 Moving the box car onto the trailer in anticipation of the trip back to eastern Iowa. 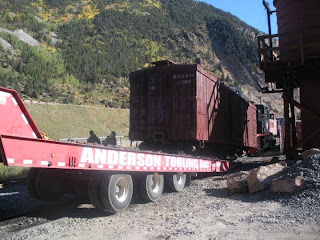 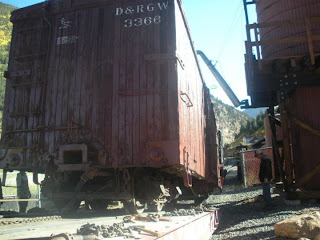 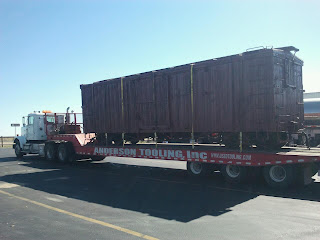 Unloading the trailer in front of the recently painted MCRR shop. 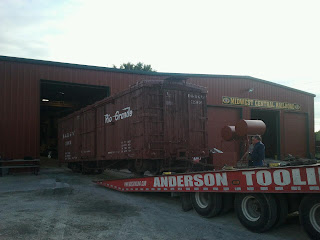 The trailer is unloaded and the box car rests in the east bay of the shop. 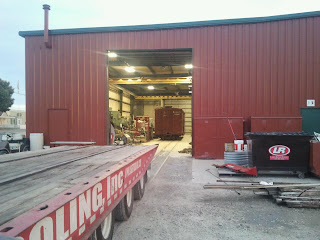 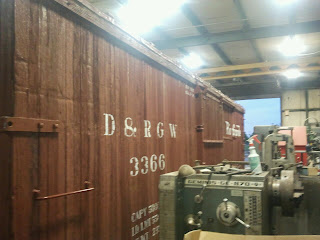 While at the GLRR, Matt and Dan could not refuse the offer to operate the 12 -- the Baldwin 2-6-2 which will be coming to the MCRR sometime next year. 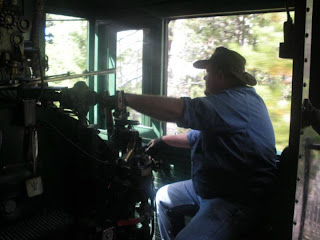 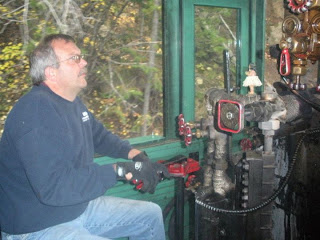 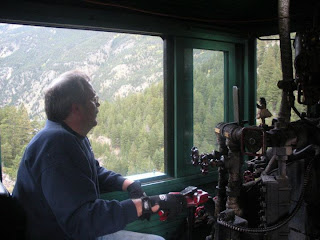 -steam.airman
pictures courtesy Matt C.
Posted by From the Shop at 5.10.11