Work orders: 1) inspect as many pieces of rolling stock as possible for immediate and future maintenance and 2) get the North Pole Express dirt off of No. 12.

The first step to accomplish either of the above was to move the rolling stock and locomotive from the South Station to the shop. We stopped the consist west of the road to get this picture of the caboose and No. 12 being pulled by the Vulcan Iron Works gasoline switcher, also known as "The Squirt," "Frederick Snare 2," "Snare 2," and probably a few other names. 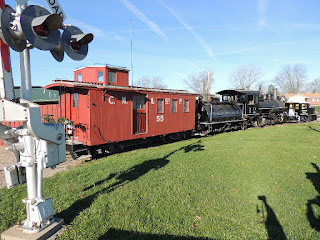 While the coaches were queued outside the shop, we removed the translucent window dressings from North Pole Express. 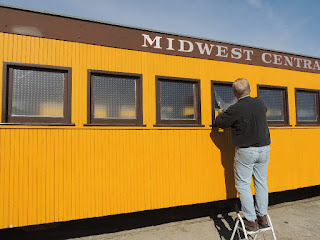 The "Quinn Coach" (the brown coach) had its bearings inspected and in a few cases, repacked, brakes examined, brake system evaluated for leaks and operation, the roof inspected, truck center pivots lubricated, and an extensive visual inspection for defects.

Dustin B. and Matt W. un-jack the car after the wheel maintenance. 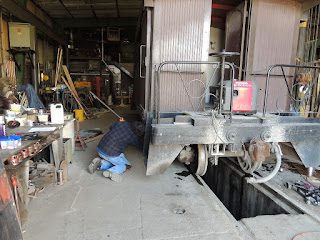 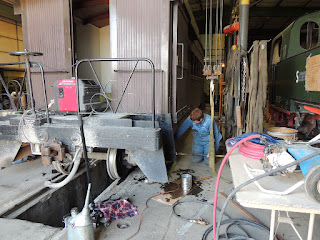 With several journals repacked, it was worth hauling the car around the system to insure the bearings were lubricating properly and the packing wasn't moving out of position. Making the trip somewhat problematic was road maintenance in McMillan Park leaving a concrete-like substance on top of the rails. Rather than grounding the engine or car, we used picks and shovels to clean the flangeways and railheads. 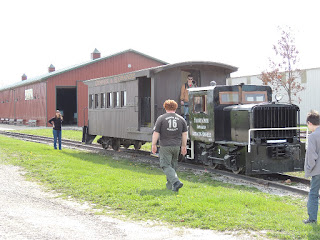 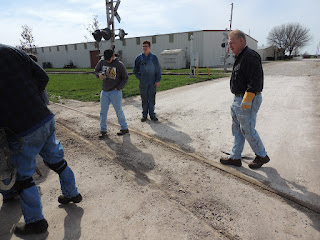 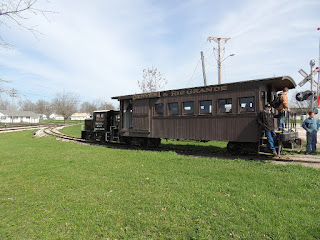 The next coach in the shop needed several journals repacked. Dustin B. prepares a wad of cotton (or supposedly cotton) waste for insertion in the journal boxes. 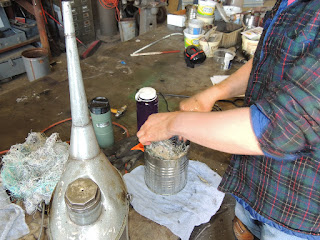 With the bearings completed, dry lubricant is placed in the truck pivot area and the truck is put back into position under the car. 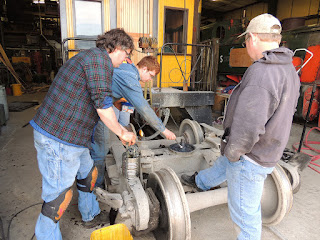 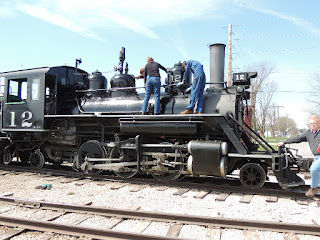 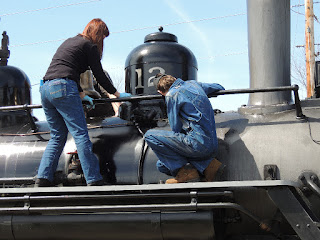 Jesse V. takes a breather after removing nearly all of the flue ends from the firebox flue sheet on No. 16. Now that the flue removal is complete, we can evaluate the state of the firebox stays. Depending on the status of the stays, the next major step would be removing the cab and boiler jacket to take shell thickness measurements. 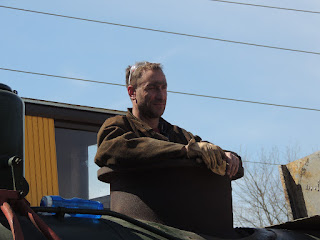