After the first coat of primer was applied to the boiler, a second coat was added. Pictures are available, but it is nearly impossible to tell anything changed.

A few after the second coat was applied, Griffin W and Dallas K, along with several other volunteers (unknown as of this writing) placed the boiler on the chassis officially marking the reassembly of the 6. 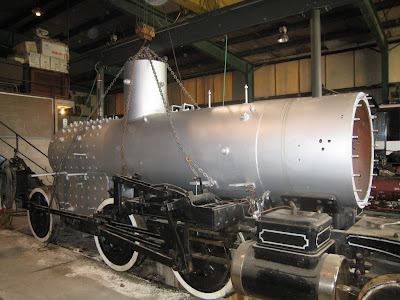 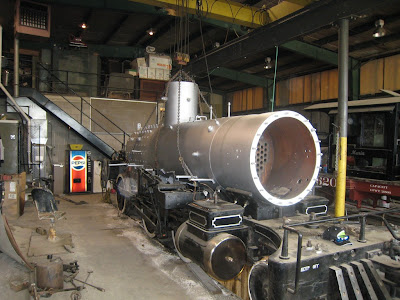 Dallas inspects the smoke box end of the boiler as it rests on the steam saddle. Some sort of elixir was applied to the saddle to seal any possible steam or smoke leaks. 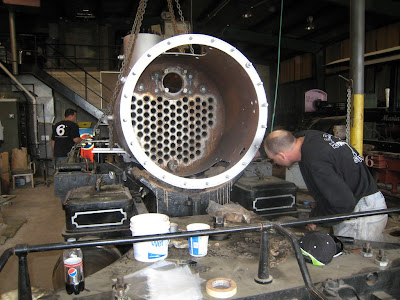 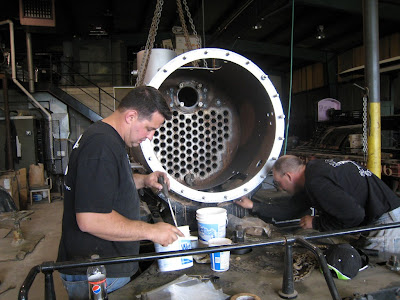 -steam.airman;
-pictures courtesy BrianB.
Posted by From the Shop at 28.5.10

The weather was our enemy this weekend. Leading up the May work weekend, it had been unseasonably warm, summerlike if you will.

Thunderstorms passed through the area on Thursday night leaving low clouds and lingering rain on Friday. Saturday was dry but low clouds and a strong north wind made the 50F weather much more uncomfortable than expected.

The staff started to assemble Friday afternoon. At the same time, the 6's boiler was making its way back to the shop. Board member Dave O. had fetched it from the boiler maker a few days prior and kept it at his property near Des Moines.

Unfortunately, while awaiting pickup from the boilermaker and while sitting on his property, the unprotected shell gained a good coat of rust.

While this blog entry seems to be of the same voice used in nearly every other blog entry, we are all very excited that the 6's boiler is back at the shop. The boiler-less 6's chassis has been a constant reminder of how dear this steam locomotive is to our railroad and to our fans. Everyone at the MCRR is anxious to get the 6 running under its own power by this summer's Old Threshers' Reunion.

And in case the return of the boiler has our readers as excited as we are, we still need $$$ to get the 6 moving under its own power. Please go to our "Fix the Six" fundraising program page and make a donation!

The next few pictures show the boiler on Dave's trailer awaiting sandblasting. 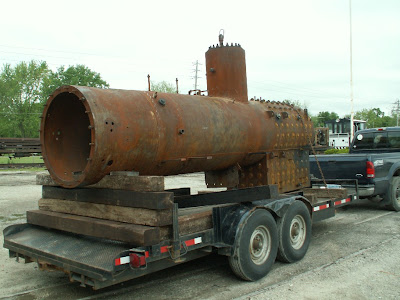 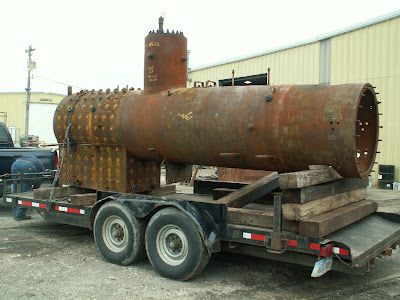 If you look closely, there is something written on the boiler, just above the trailer's two wheels. 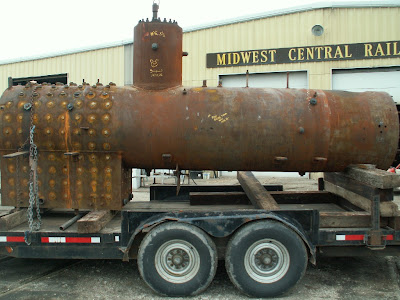 One of the MCRR staff that installed the flues is the primary member of the "Shay Racing Team." He couldn't resist autographing the boiler. The history of the Shay Racing Team goes back a few years and was started as a friendly rivalry between engine crews. Oddly, every Shay RT member is also a member of the 6 cab crew and vice versa. While all crews operate all engines, many have their favorite! 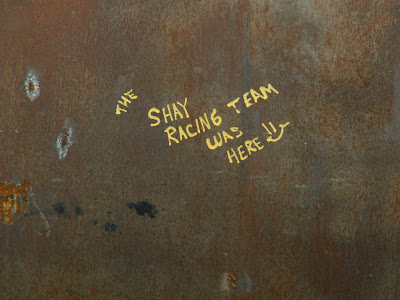 This picture is from inside the firebox looking at its flue sheet. The sheet is shiny due to the old flues being welded in place, typical for an oil fired boiler. The welds and flue ends had to be ground off to install the new flues. The grinding was a job nobody wanted to do. After the flues were "swedged" in place, the boilermaker seal-welded the the flues. 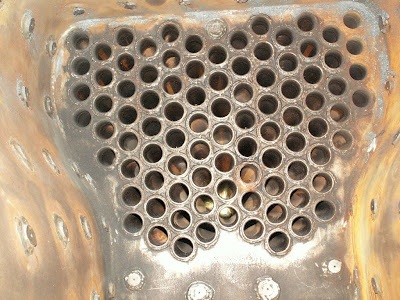 Besides having the stays replaced, the stays supporting the firebox's crown sheet were converted to "flexible stays." While this author is rather clueless about why or how they are flexible, the odd looking protrusions -- sockets -- are characteristic of flexible stays. 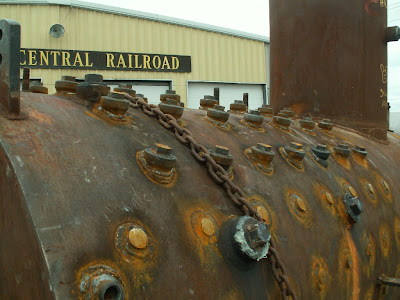 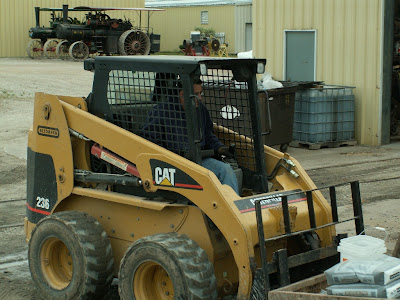 The gasoline air compressor is always finicky in the morning. 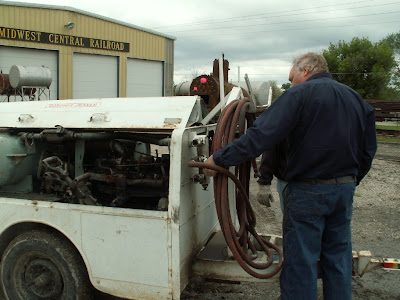 With the air compressor finally running, Dave O. starts the sand blasting. The two masked items (covered in pink tape) are the throttle linkage and the "stamp" which indicates the boiler maker's certification of the boiler. 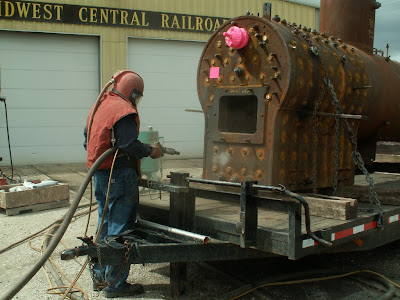 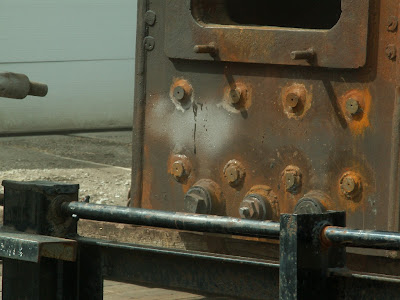 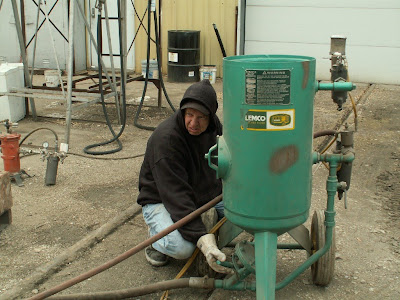 The sand blasting took most of the afternoon to complete. Once it was complete, it was moved into the shop and then coated with an aluminized high temperature primer giving it this lovely silver sheen. 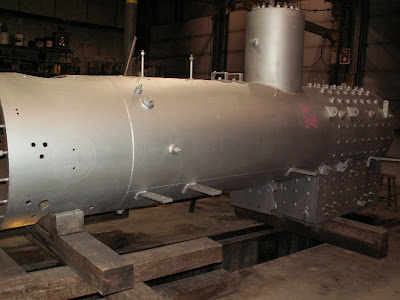 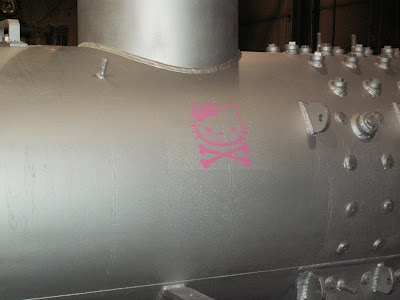 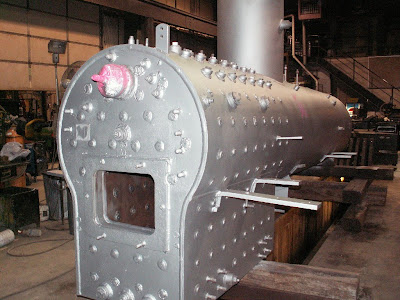 While others were sandblasting the 6's boiler, another work crew was tending to the "Quinn Coach." After being pulled around the track for so many years, some remedial maintenance was necessary. The two primary order's of business were to tighten the truss rods and to remove the interior in anticipation of having the floor refinished. 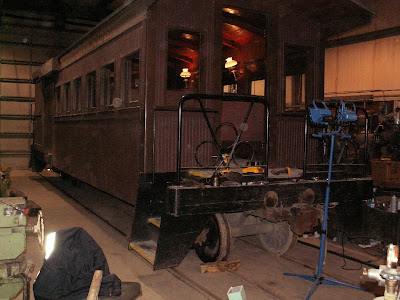 In order to tighten the truss rods, additional threads had to be made on the rod ends. Previously, washers had been added every few years as the coach was heavily utilized at the three big operating events.

MCRR volunteers Ken C. (right) and Elliot H. use a pair of combination wrenches to turn the die on the truss rod ends. With only a 1/4 turn stroke at a time, adding 1.5 inches of extra thread took some time. 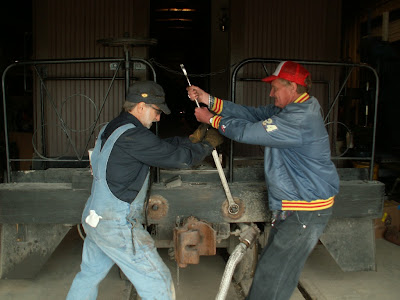 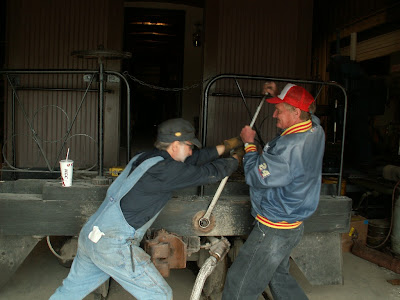 With the new threads cut, Griffin W. reinforces the steps. 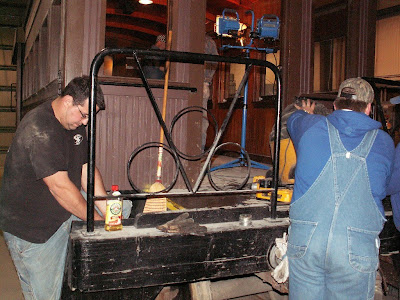 Master craftsman John W. cleans one of the coach's lamps. 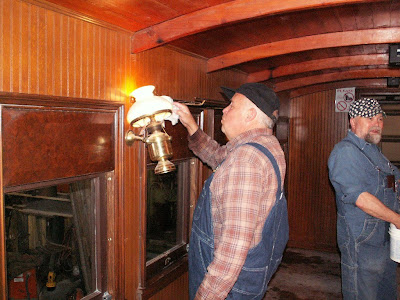 MCRR Conductor Steve R. pauses for the camera while washing the wood interior of the coach. 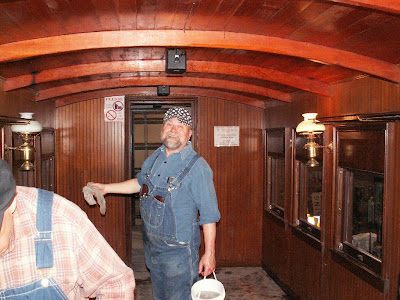 Bill F. washes the woodwork with "Murphy's Oil Soap." The years of service added a massive layer of dirt to the wood work. We were all surprised on how much brighter the walls and ceiling appeared after a thorough washing. 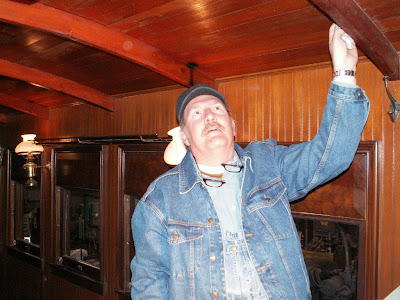 That's Dillon W. coming through the door in the background. 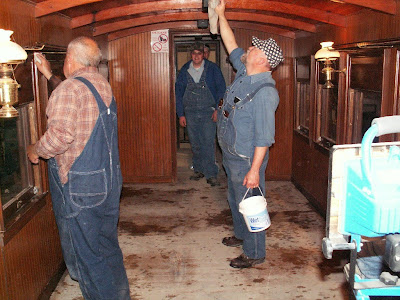 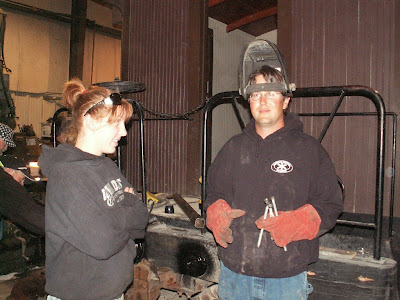 FNG Dallas K. applies some black paint to the end sill where the step reinforcements and truss rod ends had been modified. 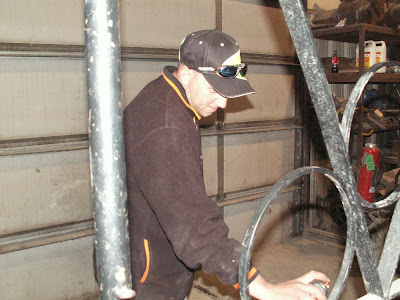 With the work done, volunteers Brian B., FNG Dallas K., and Paul K chat about the day's accomplishments. 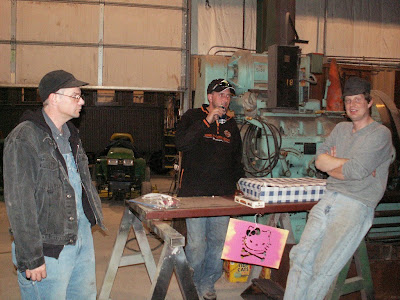