This blog contains about half of what was happening at the MCRR due to the late arrival of the blogster. Besides projects with photographic evidence, the green coach had some attention, Kendall O., Ryan J. and Matt W. prepared the consists for the upcoming Old Threshers Reunion and Lee R. and Dave R. were working on signals due to the track updates which disturbed some of the signal circuits.

Dave O. and Kendall O. arrived a few days early and started the installation of the new piston rods on No. 6. Some decades old modifications stymied the project completion but Dave informs us that he will be able to complete the project in the next week or so. 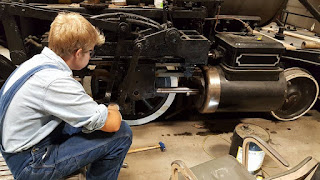 Lots of time went into track work east of the South Station. Several previous blog entries show the center track being extended to the mainline and the first portion of the switch installation. This weekend, cutting in of the new switch was completed and leveling/gauging the rails began.

After a few adjustments of the rails on the switch which joined the South Station south track to the south spur, the rails were bonded together for the signal system. 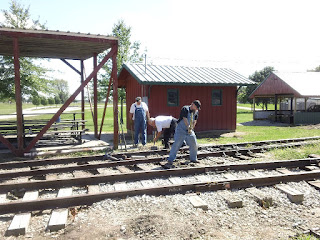 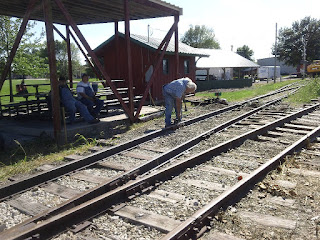 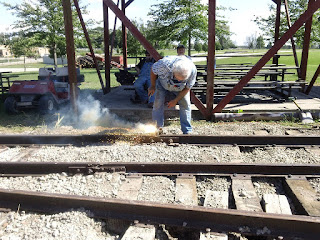 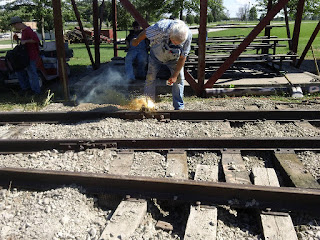 Installing an insulated joint for the signalling system in the new switch for the South Station center track. 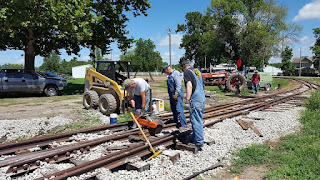 Adjustments to the existing saw mill switch. This one leads to the South Station south track and the south spur. 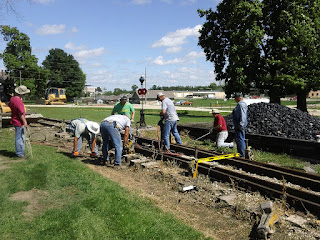 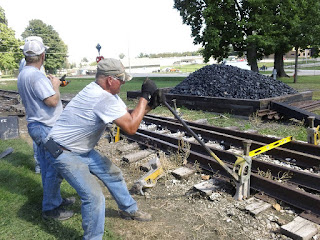 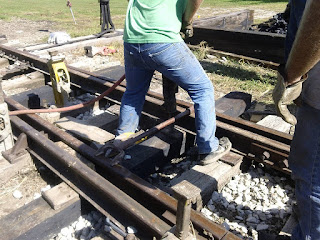 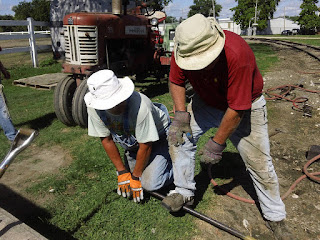