Then again, what should one expect for mid August in Southeast Iowa?

Various things were happening in and around the MCRR this work weekend.

Kendall O. and John G. finished checking the firebox staybolts and then connected No. 12's tender to the locomotive. 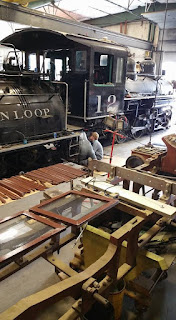 In the South Station, Melissa B, Elsie B, Kaelen W., and Brian B. attached the stencils on DRGW Boxcar 3007 in anticipation of painting. 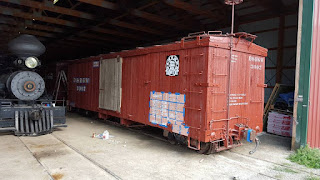 And this may come as a surprise, there was track work!

In the past month, several postings here and in facebook wrote about the removal of the bridge. With the berm properly constructed it was time to replace the rails.

It isn't very obvious in this picture, but the fill placed on the berm was about 6" too high to replace the rails -- and the ties. 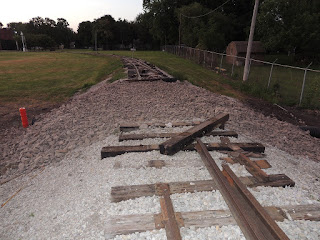 Matt C. scraped the top layer of fill off the berm. 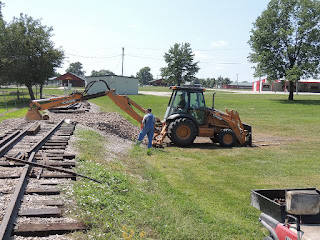 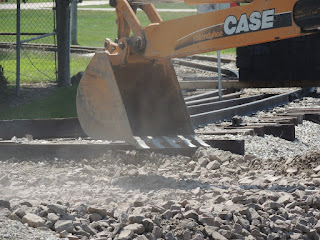 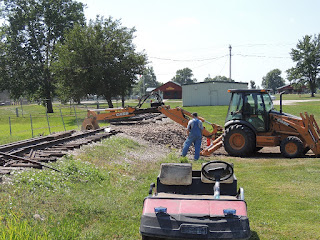 Matt W. replaces a spike removed from a rail. We had an out-of-sequence fix to the rails: there was a short rail in the joint between Matt and the red fan. The short rail was moved to the other end of the long rail in front of Matt. Why? We wanted the short rail on a straight section of track instead of on a curved section. 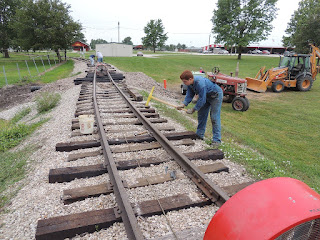 John K. and Roger R. adjust the outside rail and joiner while Chris P. watches the progress. 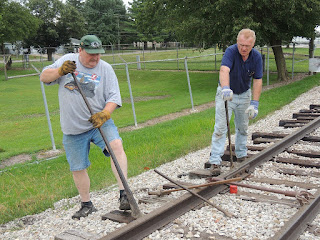 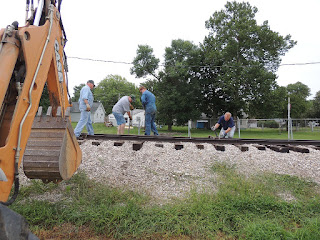 Roger R. checks the gauge of the rails. 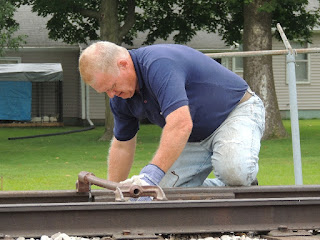 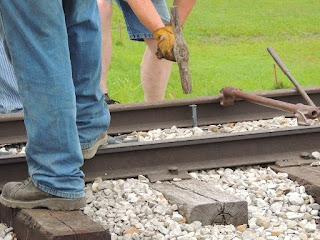 With a bunch of "gauge ties" installed, the other ties get lifted to the rails and spiked in place 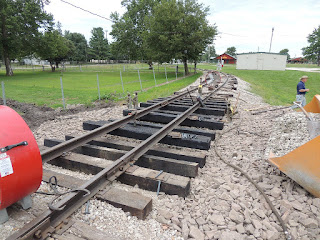 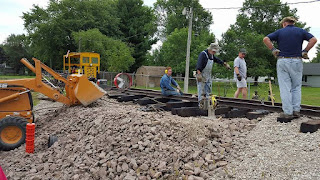 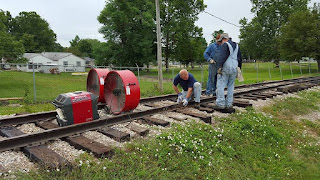 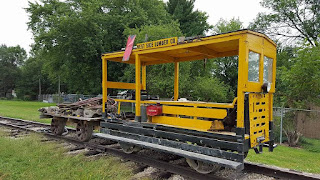 Not pictured at the worksite but instead shown on the trailer after purchase, is the new air compressor. The old Gardner Denver compressor had serious mechanical problems last month and was replaced with a late model Sullair diesel. Quiet! Quiet! Quiet! ...and it pumps like an air compressor should pump. 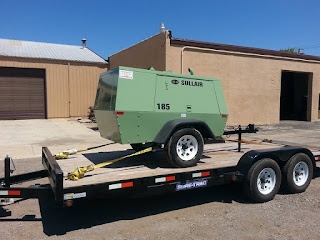 Photos courtesy Dave O, John K, and steam.airman
-Steam.airman
Posted by From the Shop at 15.8.15