Too much snow and cold outside so this month we kept ourselves busy inside.

There were two major project areas: Washing the inside of No. 12's cab and painting the DRGW boxcar.

No. 12's cab was in need of some attention. There was some grime from its time in Colorado (there are pictures to prove it!). Add to that, the smoke, steam, soot, and Iowa farm dirt which continued to build up inside the cab since No. 12 arrived in at the MCRR in 2012 and it was time make it "pretty" again.

Using stoddard solvent soaked rags, Lindsey R., Matt W., Kendall O., and Elliot H., made considerable progress cleaning the cab.The first picture gives the reader an idea of just how grimy the cab had become over the years. Compare the first cab shot to the last one! 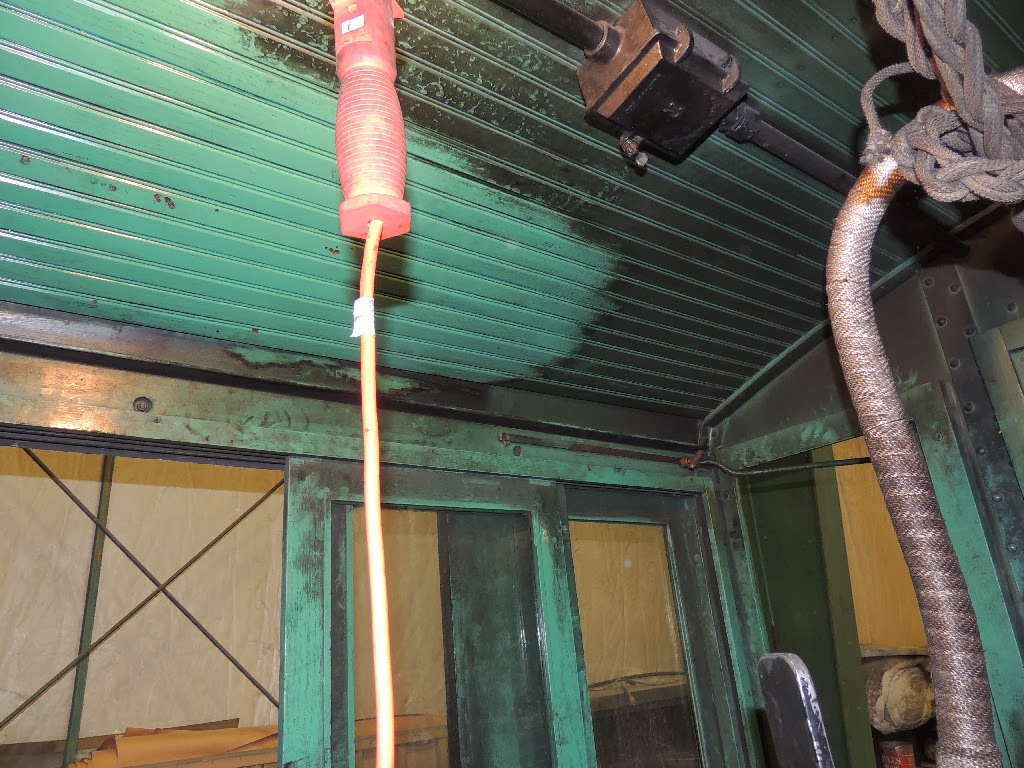 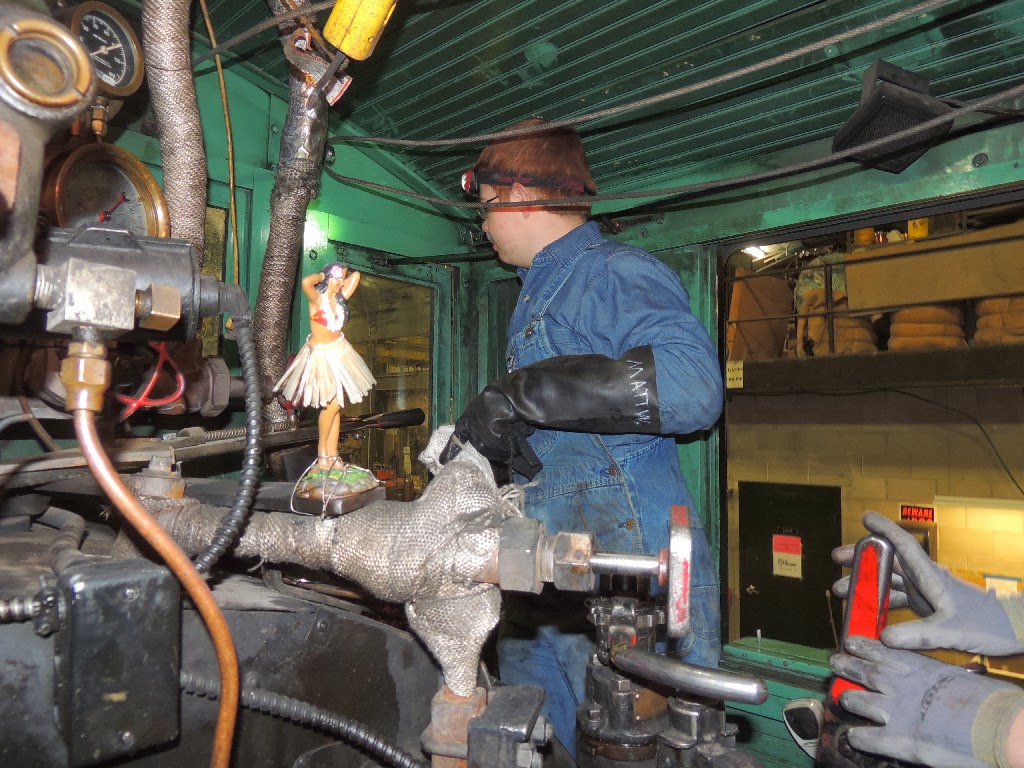 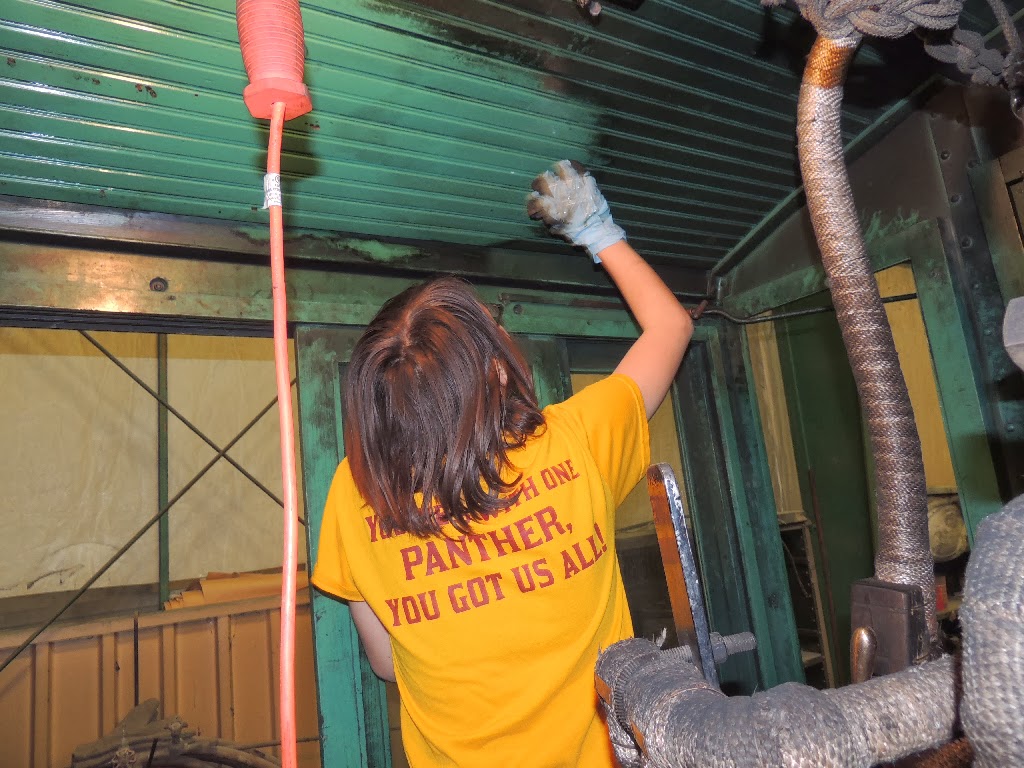 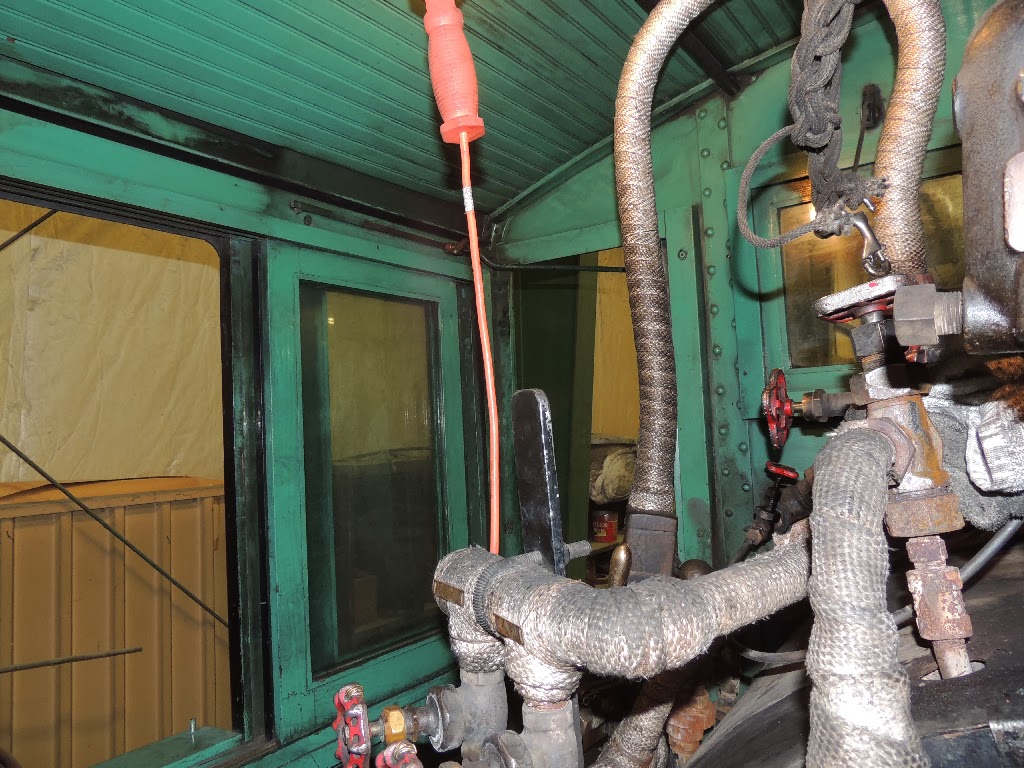 There are still quite a few hours of work remaining until the cab can be declared complete.

The DRGW boxcar already had its hardware treated and its inside coated with boiled linseed oil. The next step in the restoration was to paint the outside.

The boxcar had accumulated a thick layer of dust. Matt W. uses a blowgun to remove the dust from the roof. 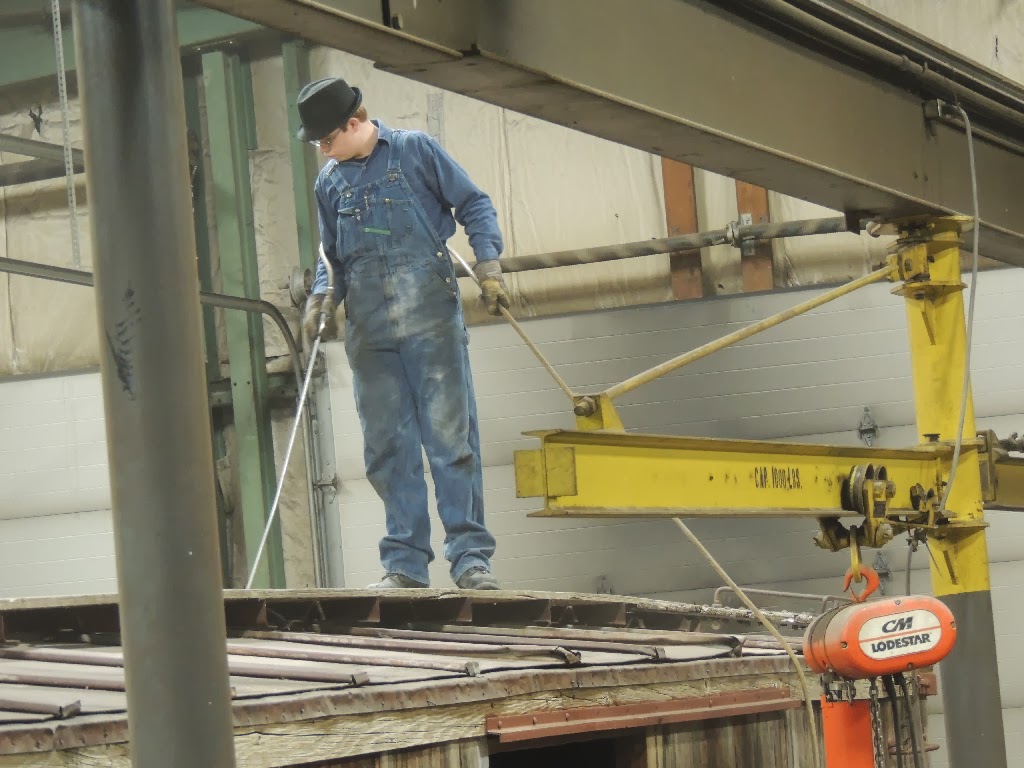 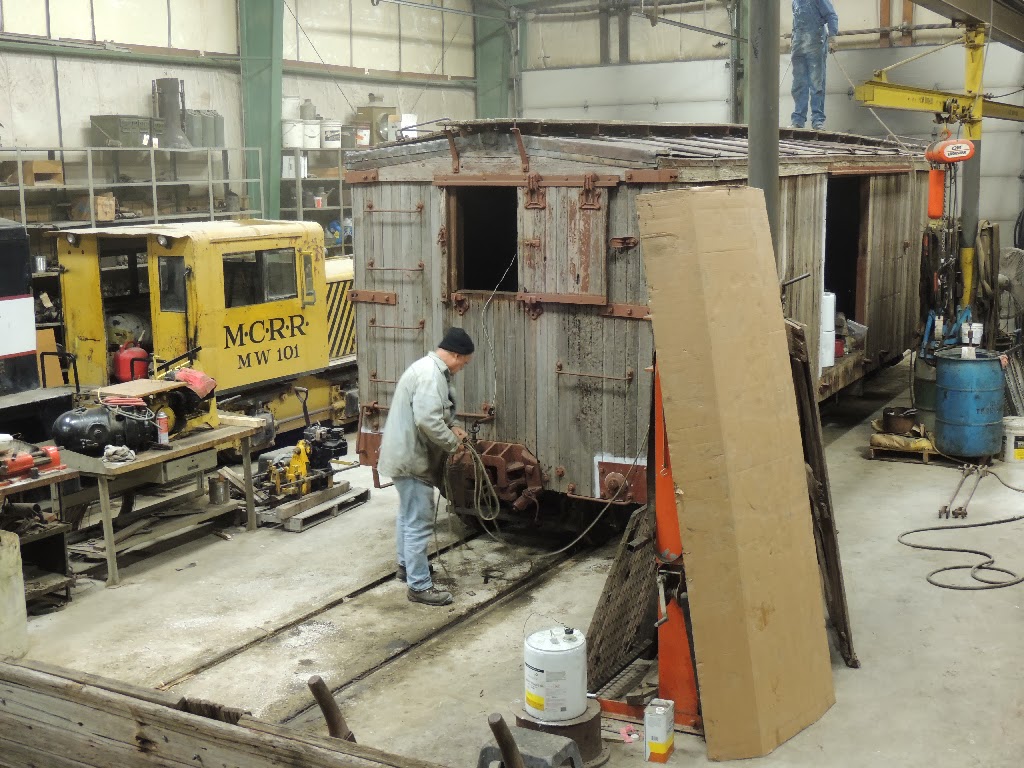 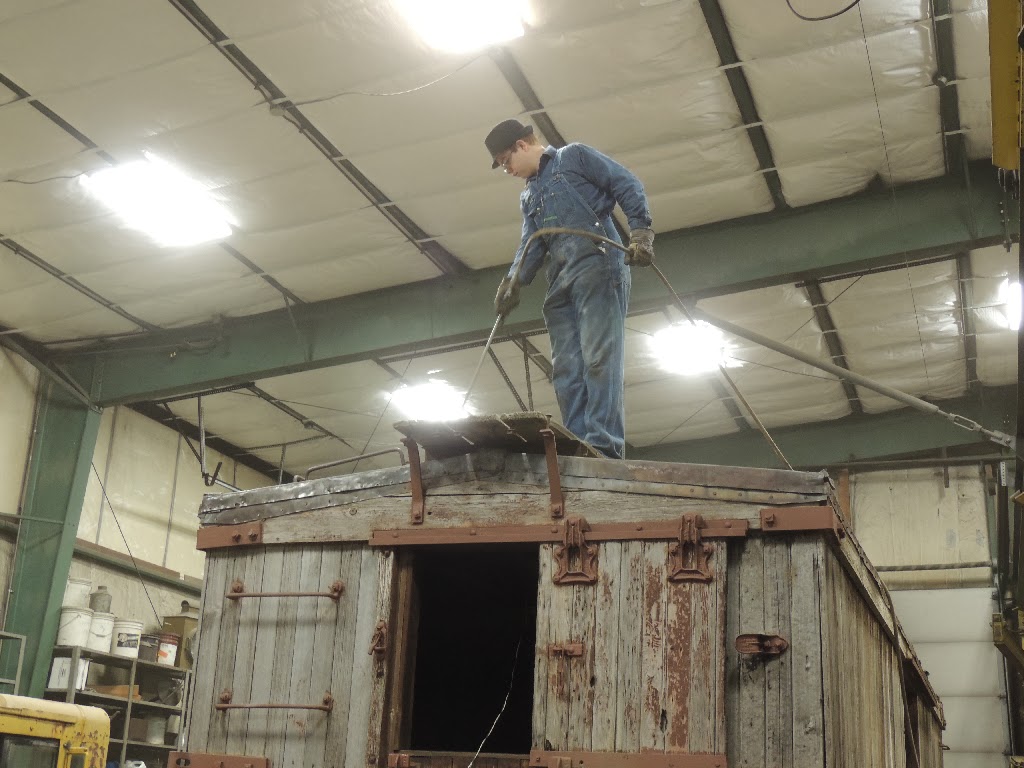 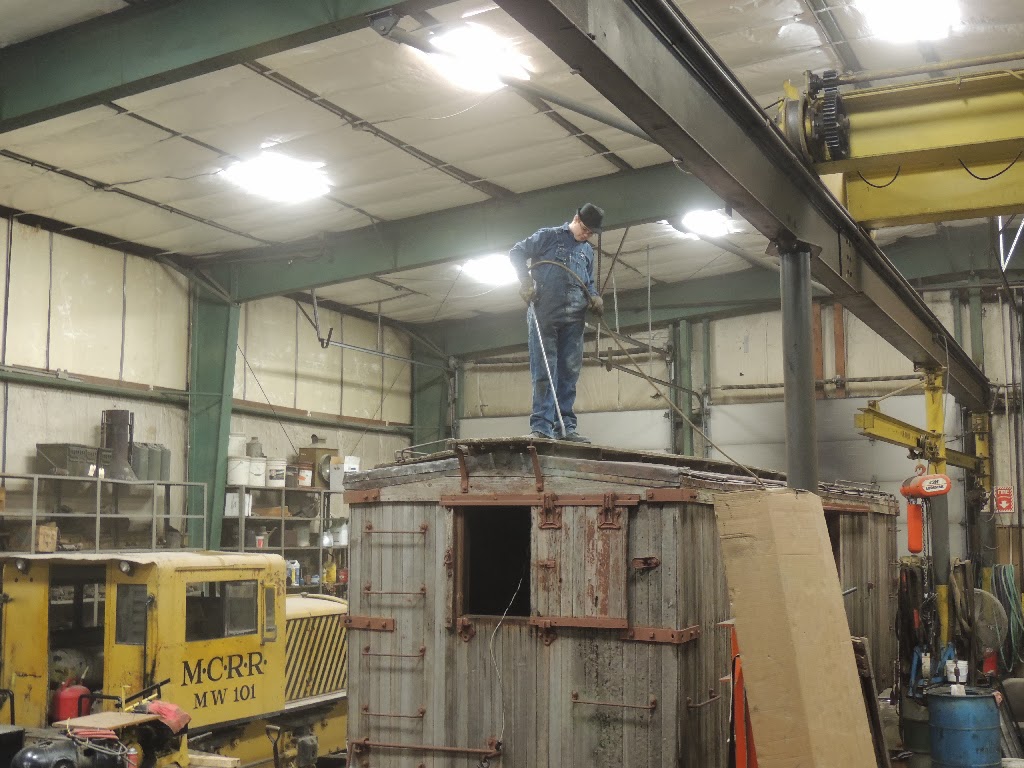 Kendall O. gets the paint ready for application. (Have a close look at the welding table; it isn't that often that the entire top is visible.) 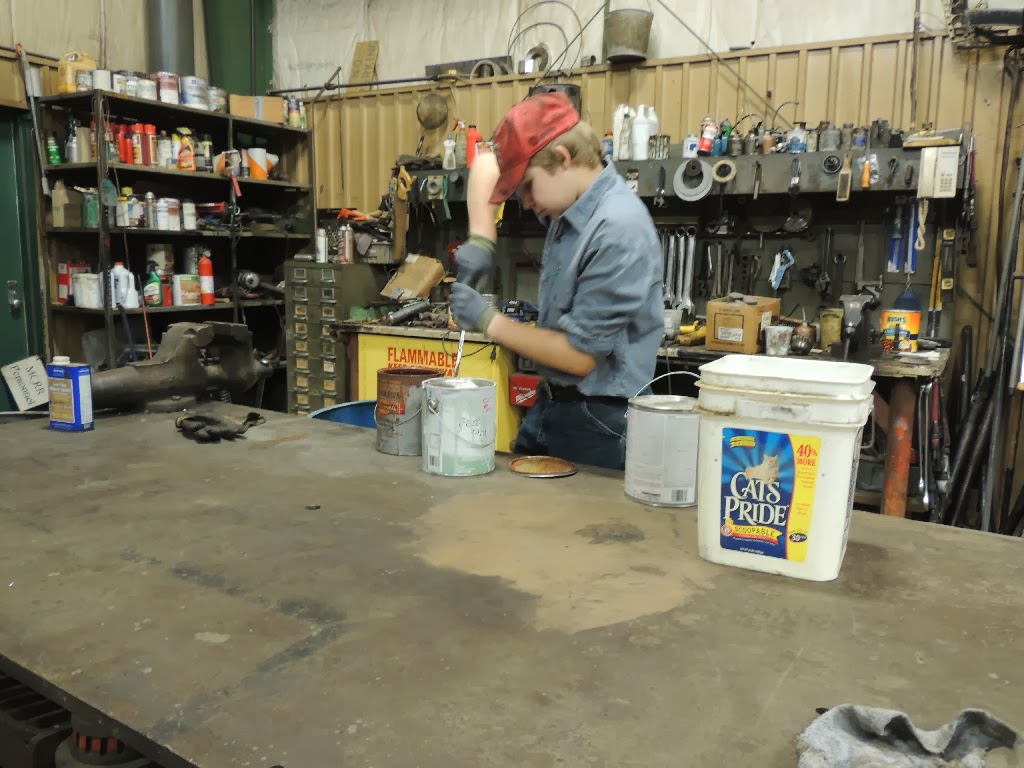 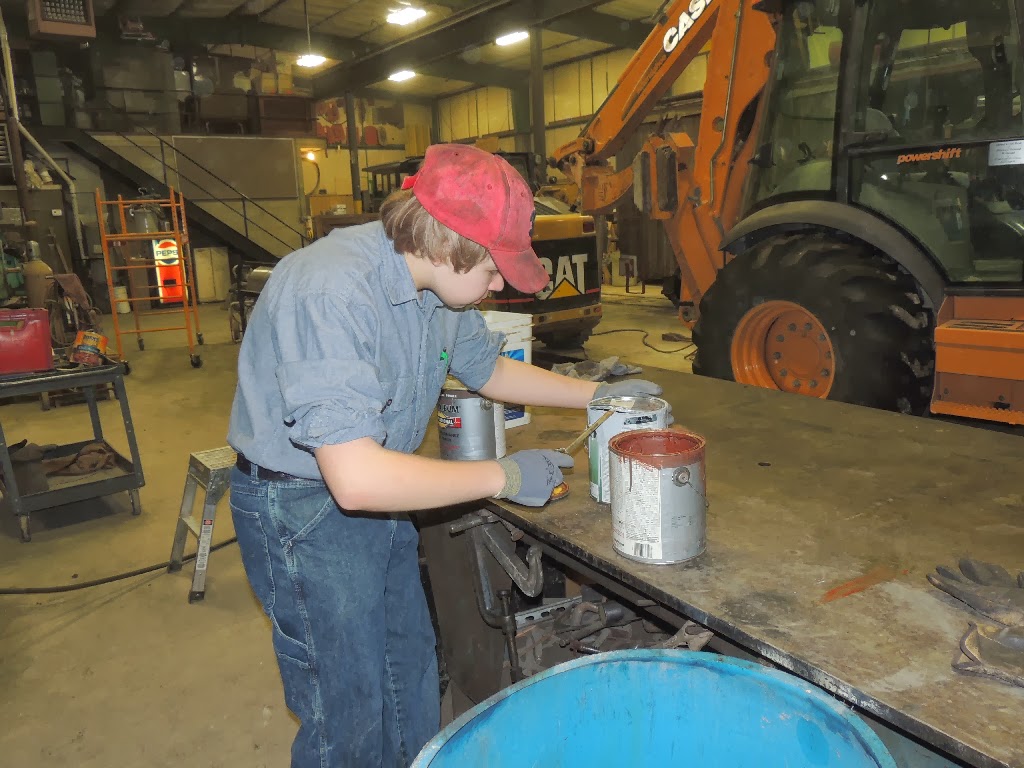 Dave O. gets the airless sprayer ready for use. 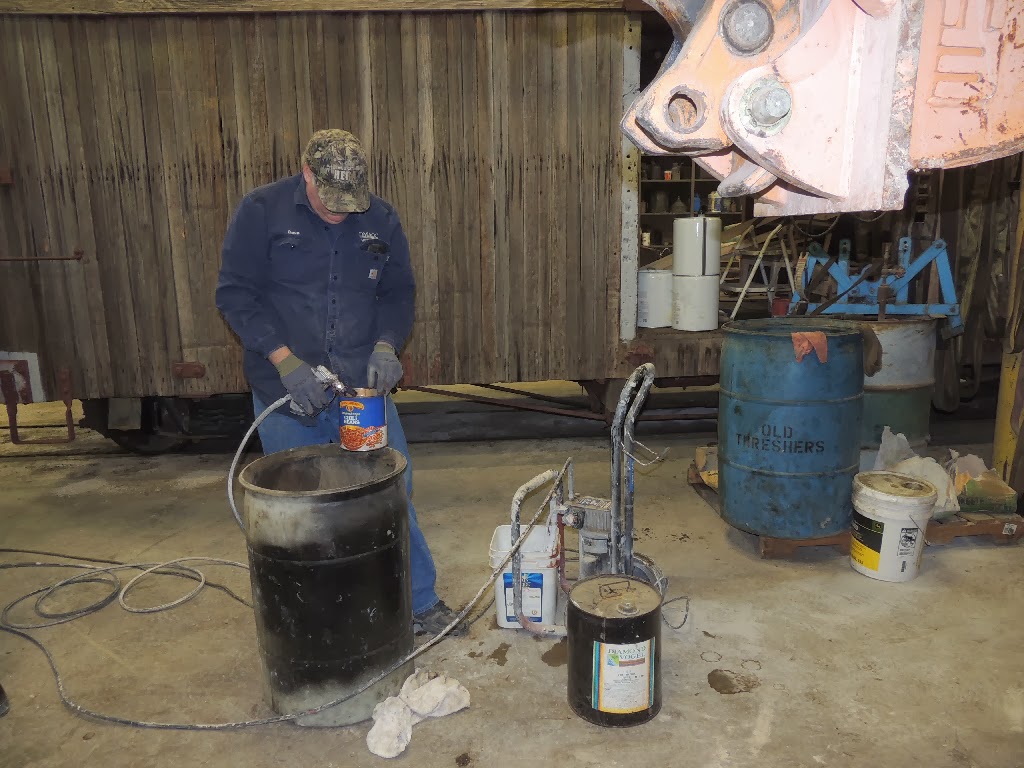 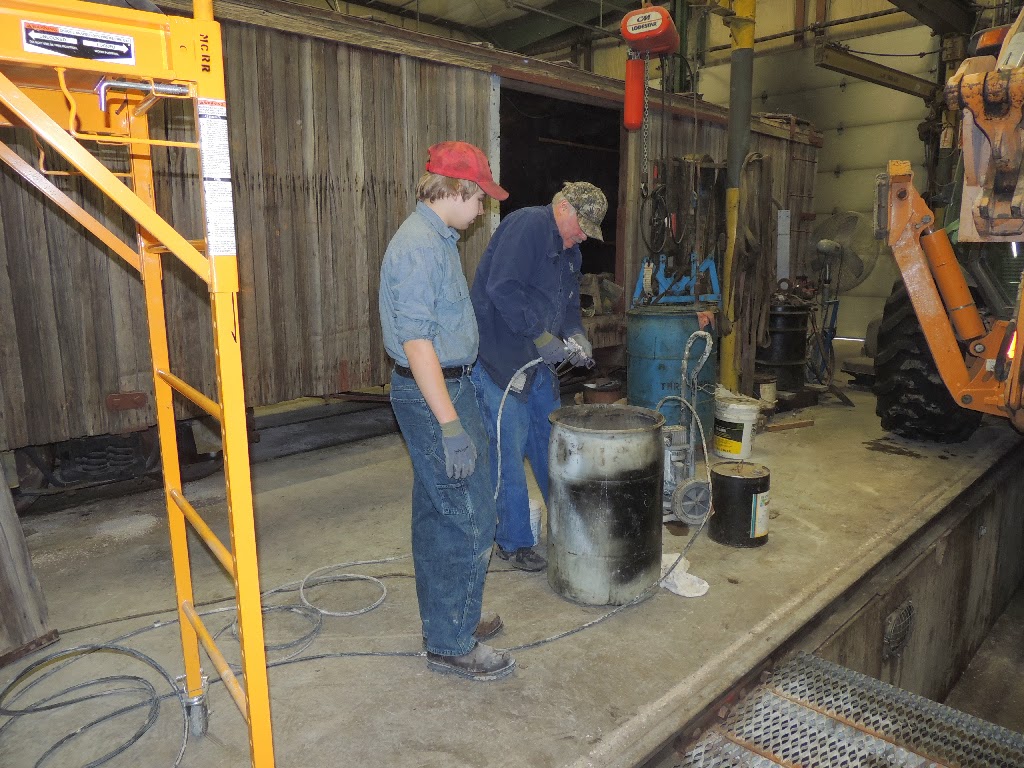 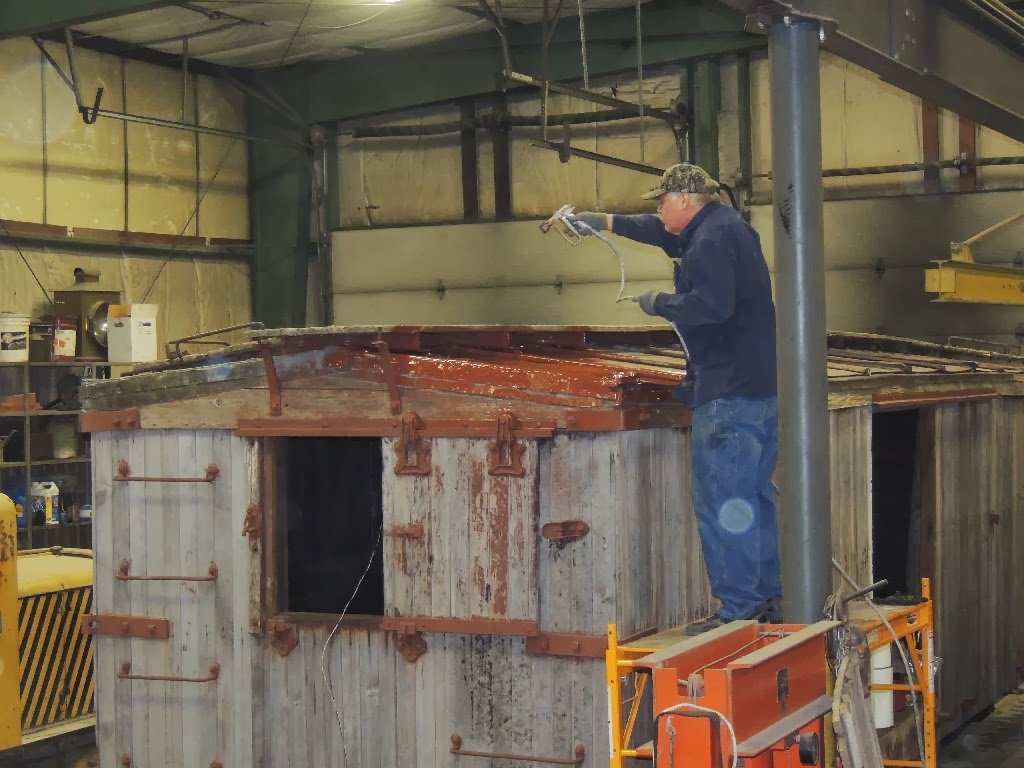 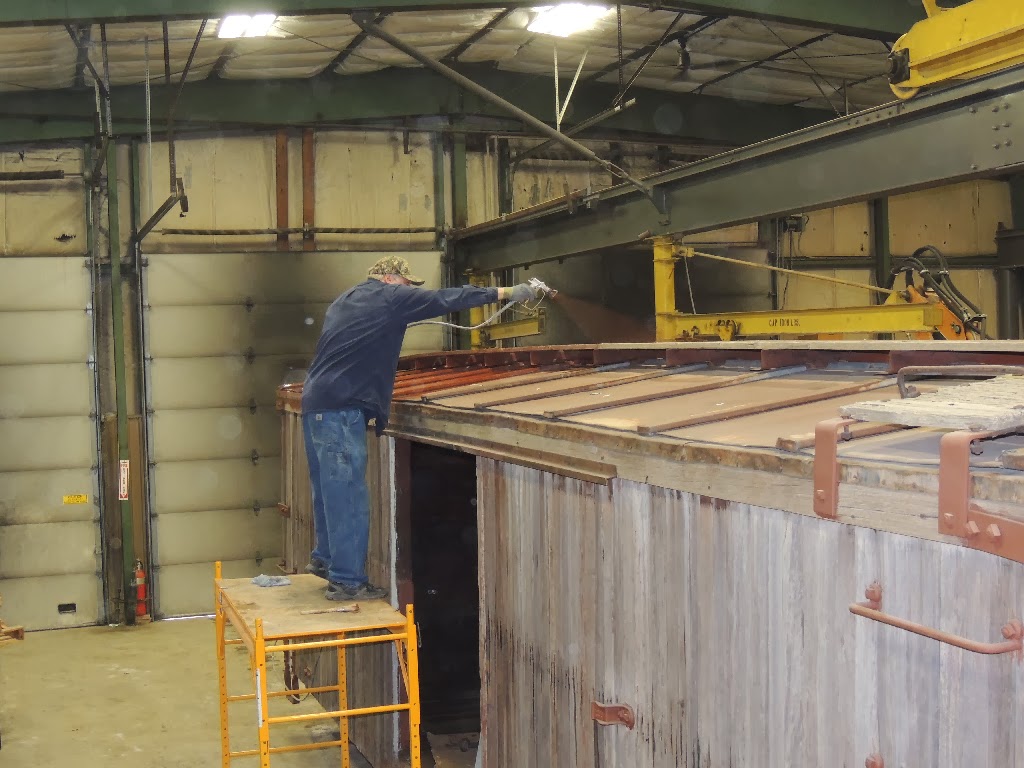 Looking surprised that the boxcar was getting painted. 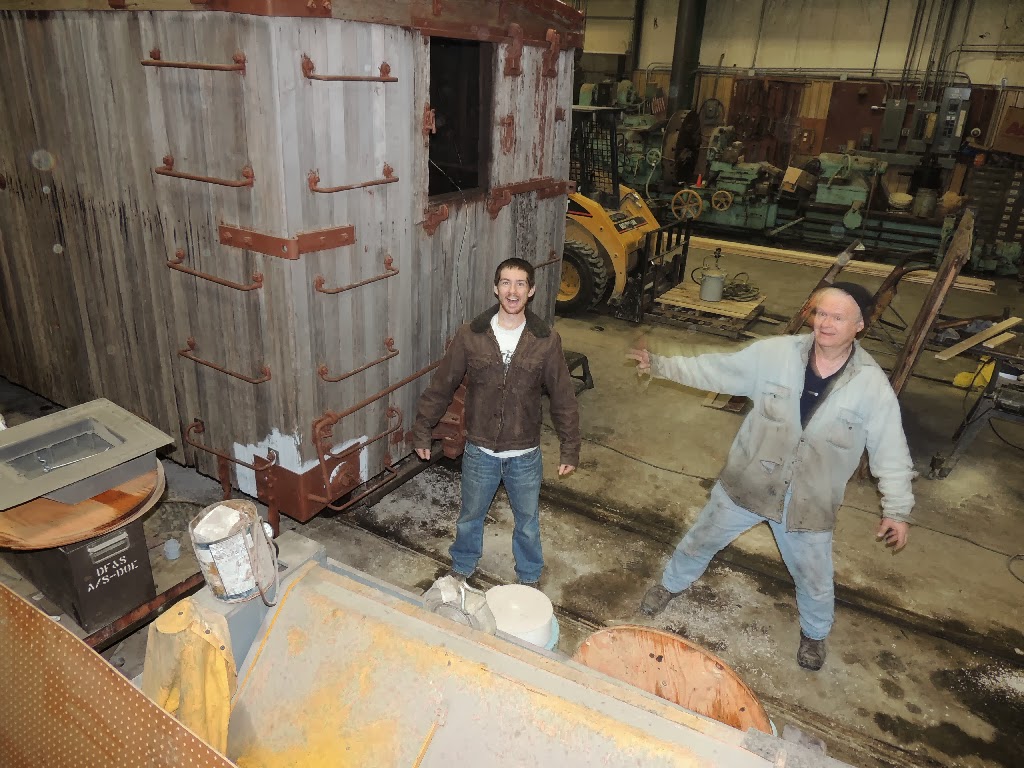 The boxcar was hemmed in on the center track. Getting to all surfaces required the car be moved north and south numerous times as Dave O. applied the paint. 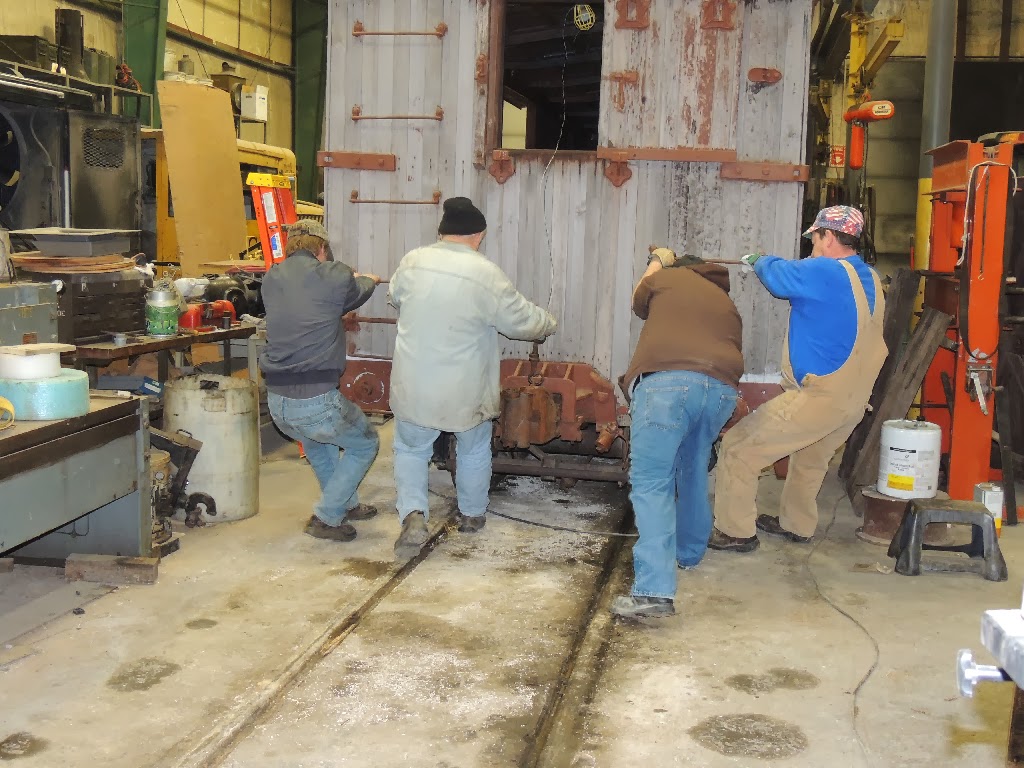 The light gray primer had a bit of red from the roof paint, tinting it to a odd shade of pink. 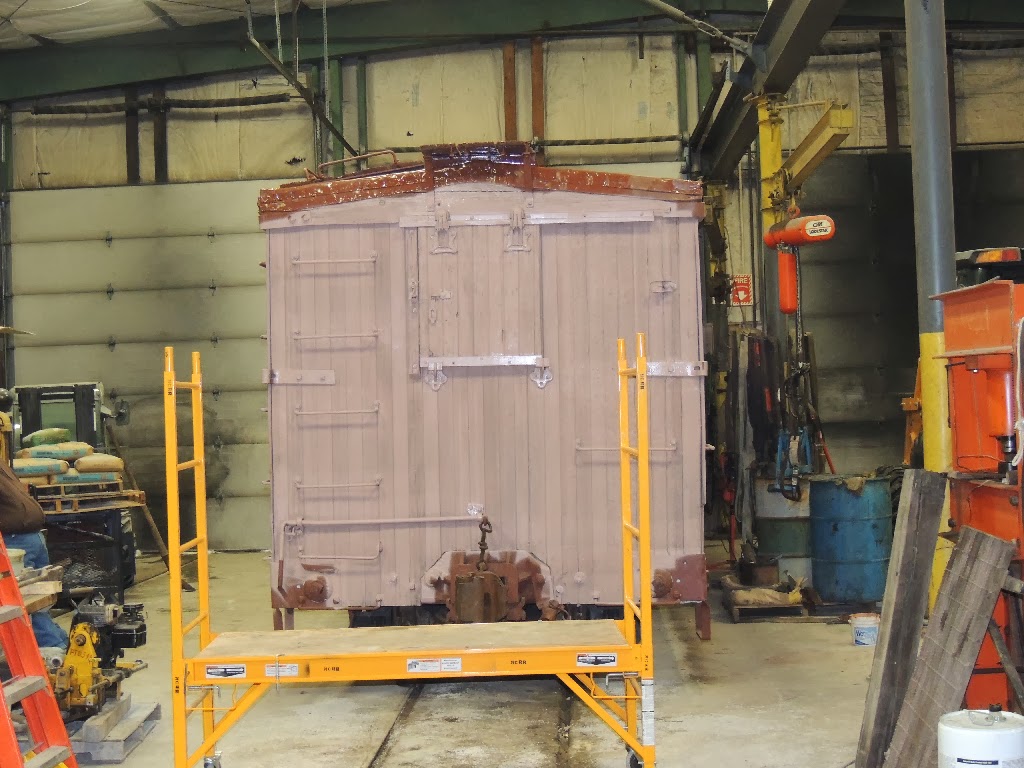 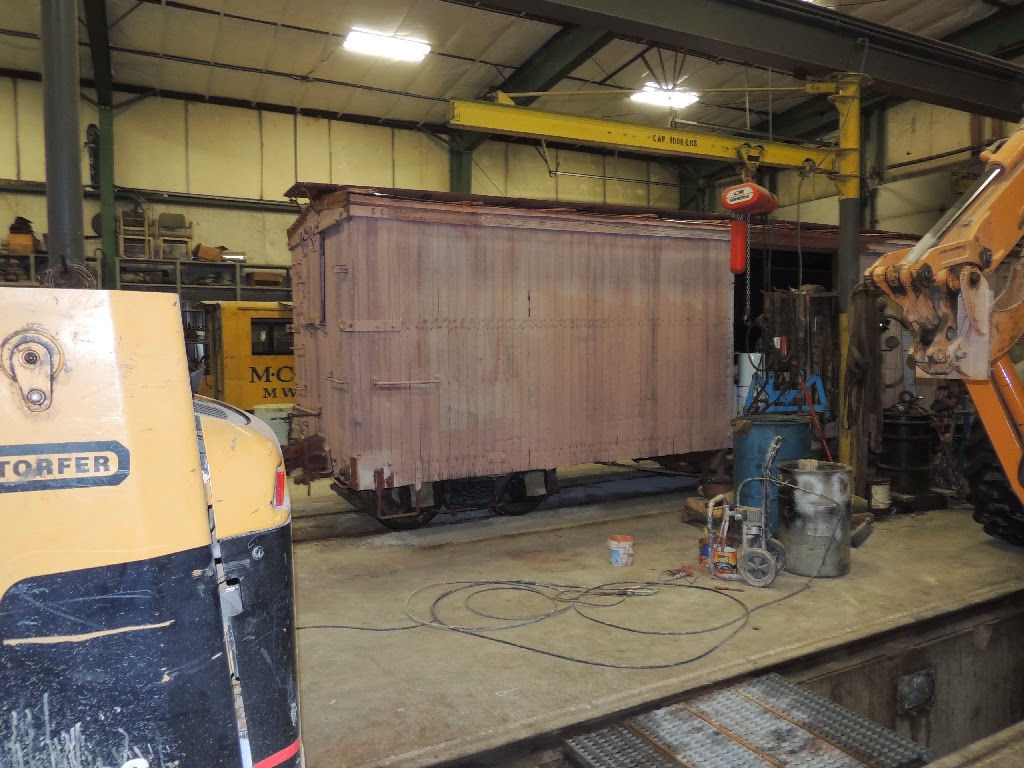 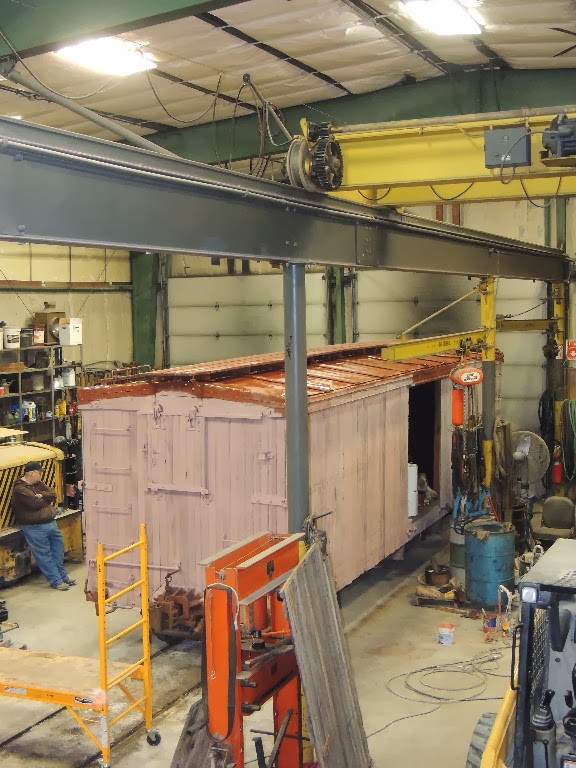 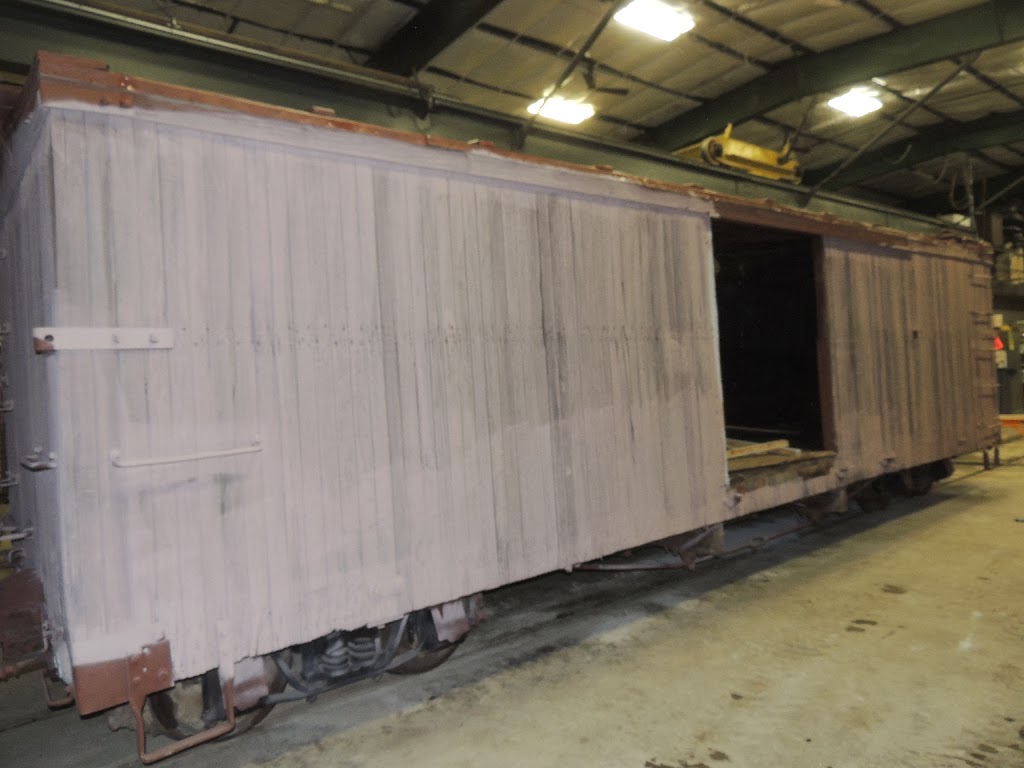 Dave O. applies the final color to the sides. 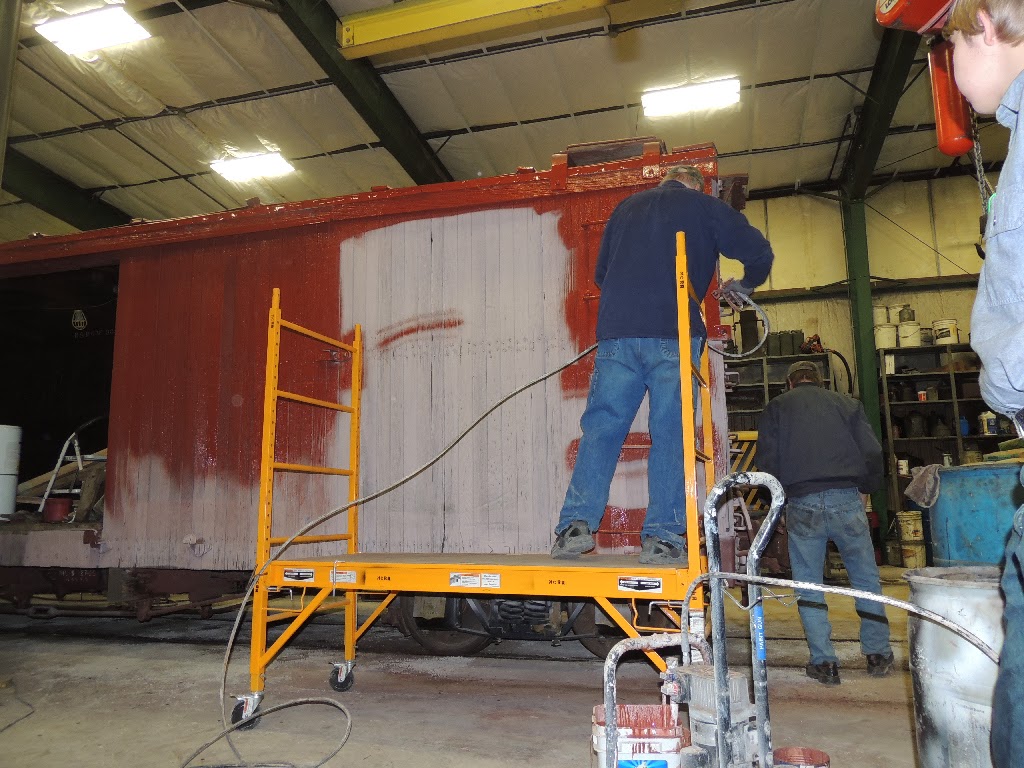 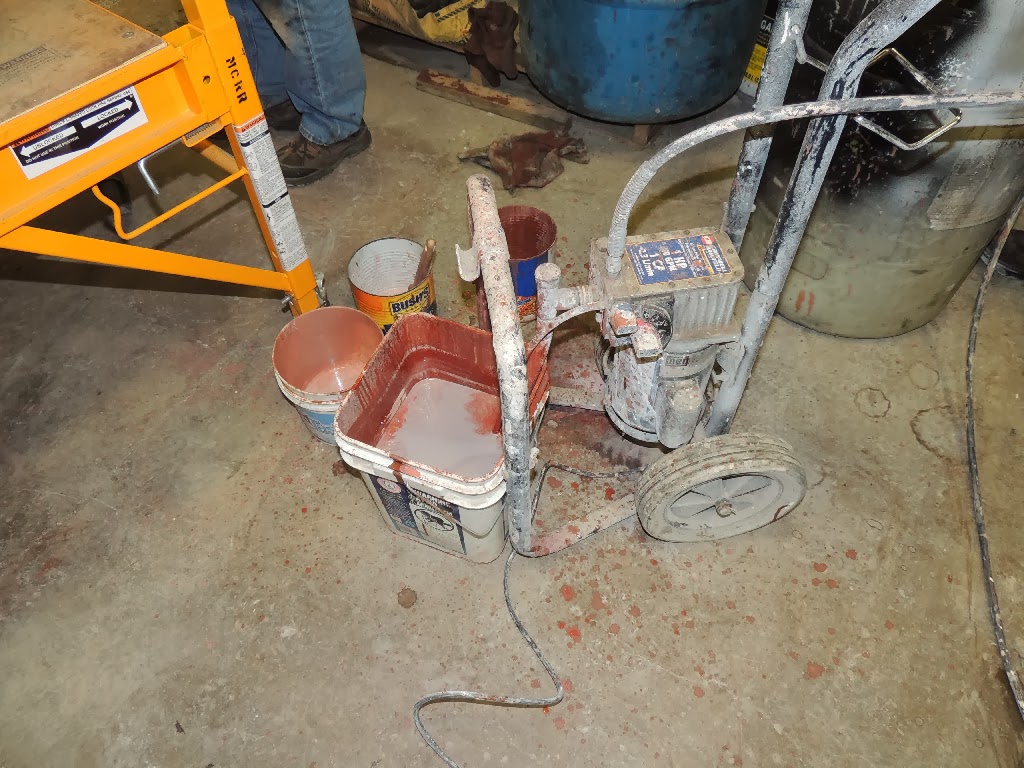 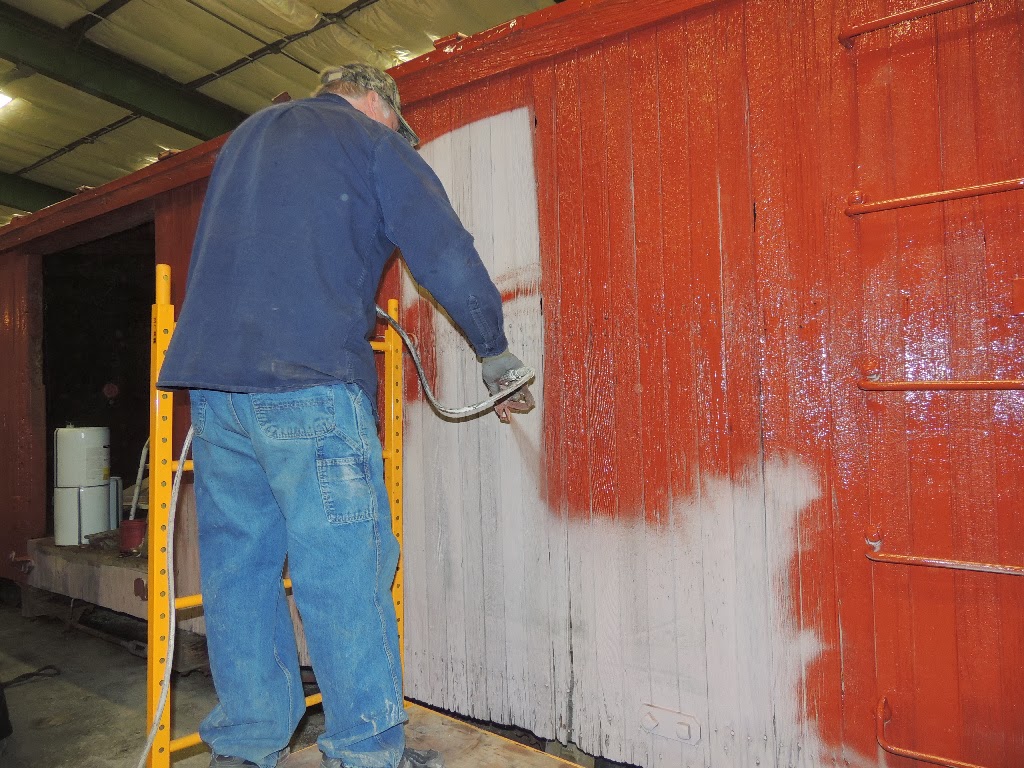 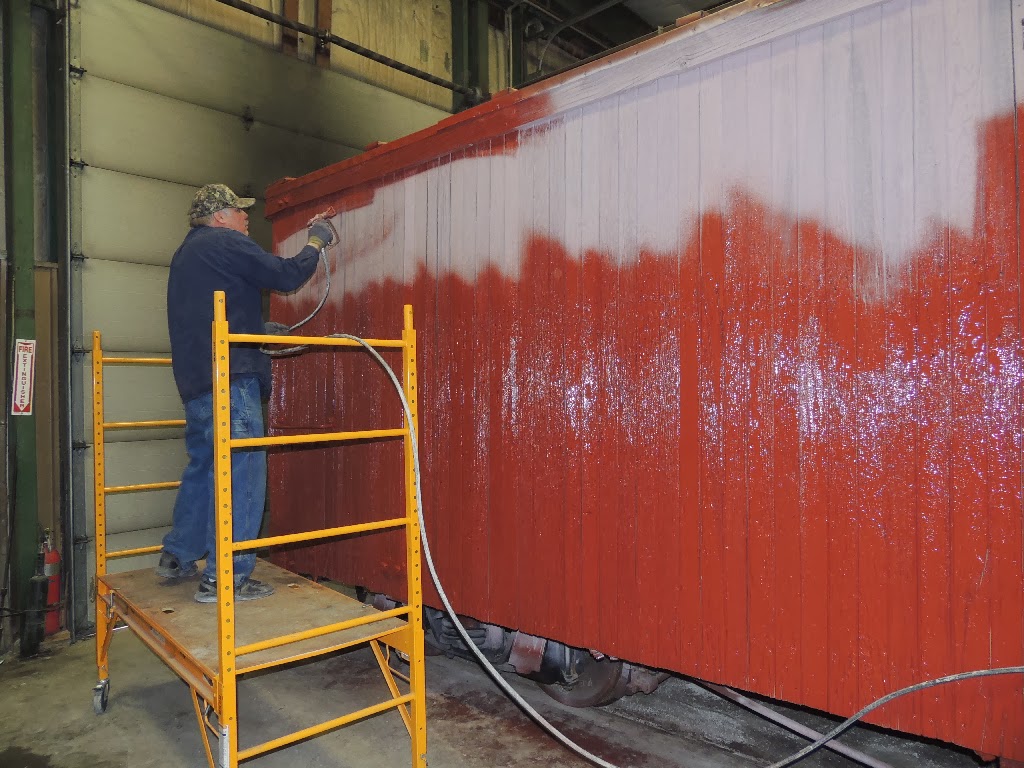 Besides the cab washing and painting, Roger R. determines the problem with the work light. No. 14's coolant was not suited to below freezing conditions. Roger R. drained the system (about 22 gallons!) and filled it with new antifreeze. 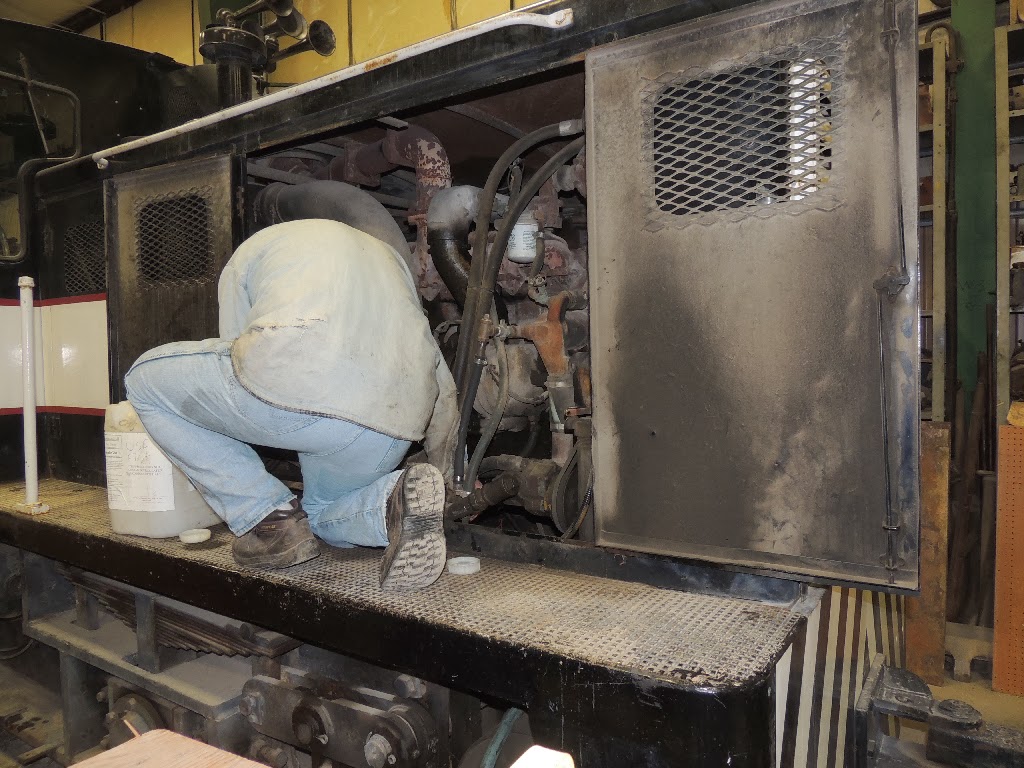 Donna C. and Matt C. in the foreground. That's Dillon D. in the background. 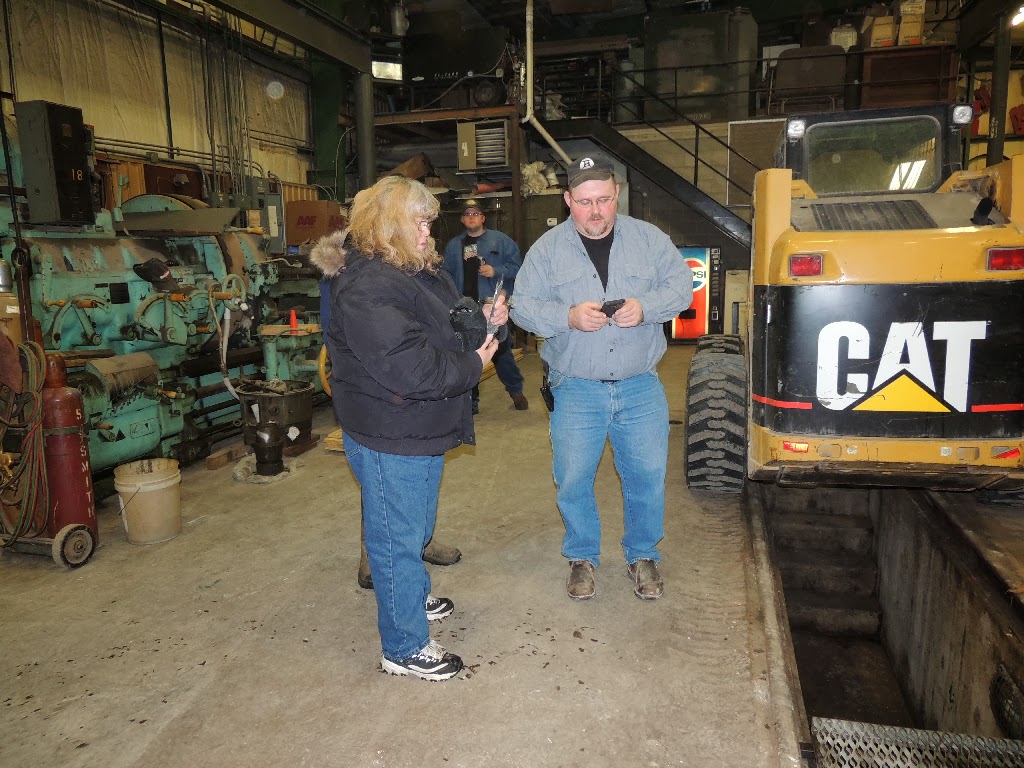