These pictures were taken in 1976, when the water tower was on the south side of McMillan Park.

The 6 was "sick" and the 2 was MCRR's main pulling power.

A production group was in town taking pictures for a John Denver TV special. They came to "Organic Central" (our farm) and took  pictures of the cattle drive.

Then we hauled some down to MCRR for shots around the engine with Stan Mathews as the engineer. I'm not sure who the fireman was but we can't see him anyway.

My father is on the horse and I am on the ground in costume.

Henry H. is the guy standing along the fence at the back, holding onto it in case there was a stampede.

Steve B. is the skinny black haired guy standing to the left inside the fence.

The rest are members of the production crew. They were taking the pictures with the train as a silhouette so the light is not right for the people's faces. 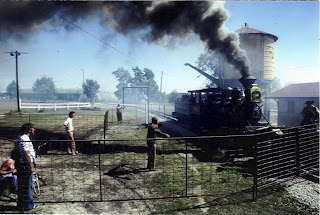 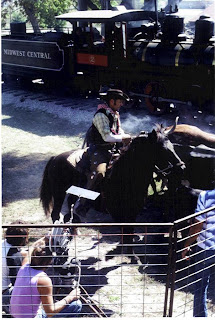 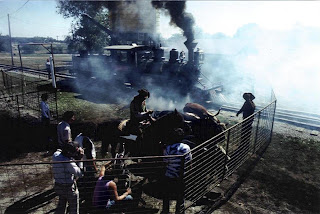 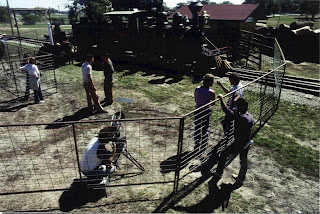