It was cold and snow was everywhere. Not surprisingly, there wasn't a lot of enthusiasm to work outside or move trains around.

There was one primary task to accomplish this weekend: load the 6's flues on the trailer for their delivery to the boilermaker in New Ulm, MN.

Griffin's truck is attached to the trailer. It is clear that the park was engulfed in snow. The snow was deep enough that even portions of our track which ride above the grass was covered. 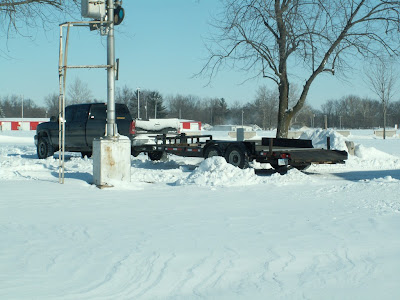 The new flues were in the South Station, blocked by the passenger cars left there after the final North Pole Express train. The first order of business was for Dustin B to pull a few of the cars out with the skid-steer. 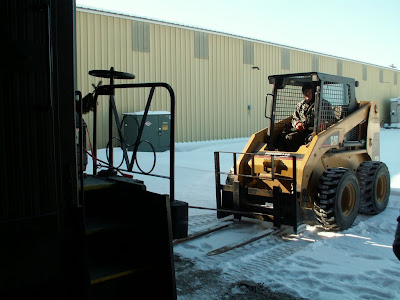 With the cars out of the way, a few other volunteers helped Dustin load the two bundles onto the forks of the skid-steer and then place them near the small overhead door of the South Station. 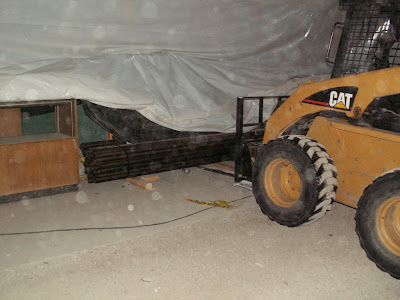 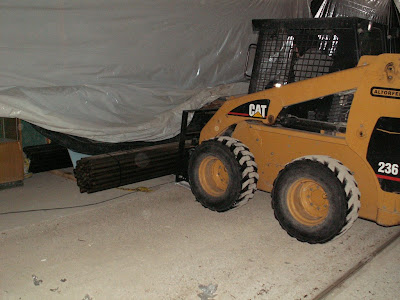 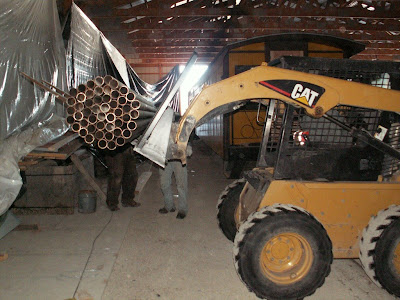 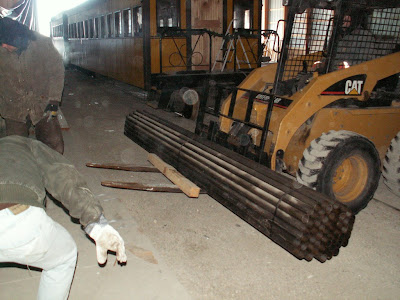 After stacking the flues stacked by the door, Dustin pushes the cars back into position inside the Station. 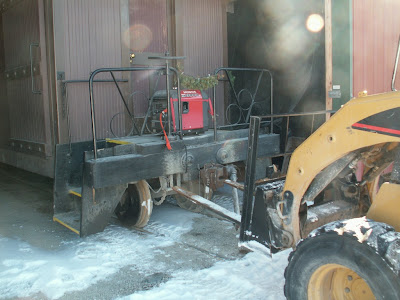 The bundles are moved from their temporary resting place to the trailer. 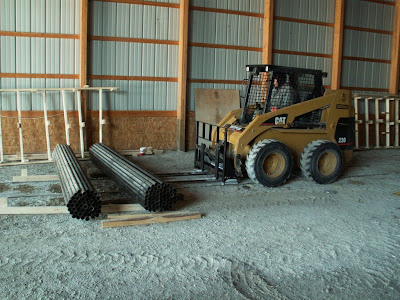 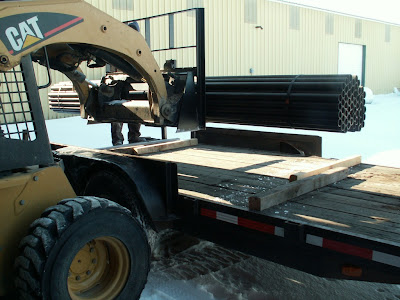 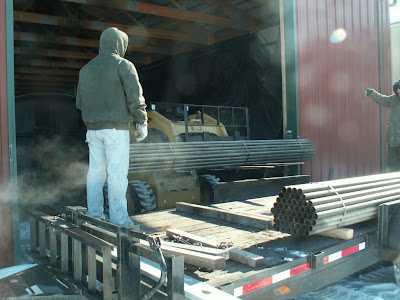 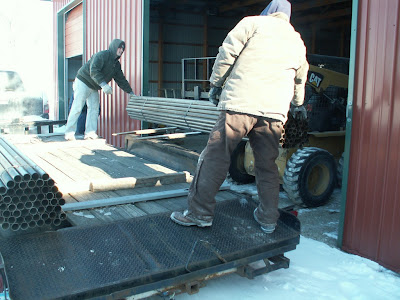 The camera didn't record what happened next.

Once the flues were loaded onto the trailer, Griffin drove the truck and trailer back to the shop and backed the trailer into the building. Dustin and Griffin were curious about the count of flues. Supposedly, we had enough flues to re-flue both the 6 and the 9 (well, the flues without the superheaters). Knowing about how many flues were destined for the 6, there simply were not enough flues on the trailer to do both boilers yet we had removed ALL the new flues from the South Station.

After our lunch break, the flues on the trailer were placed back in the South Station and the correct flues were loaded onto the trailer. 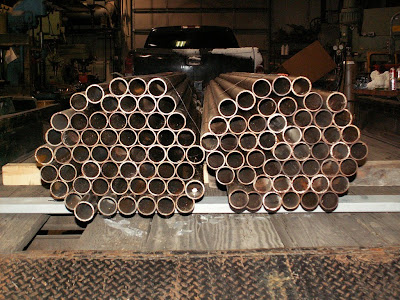 Board member Dave O. carefully secures the flues to the trailer. 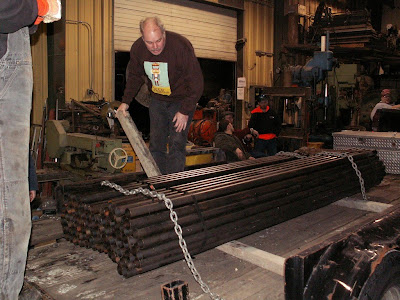 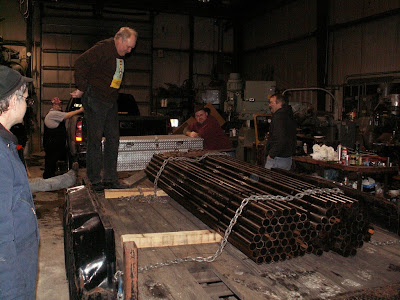 "Vice President in Charge of Looking Out The Window" Abe C and his dad, Eric C, watch while others wander about. 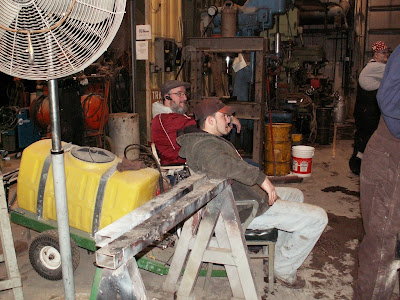 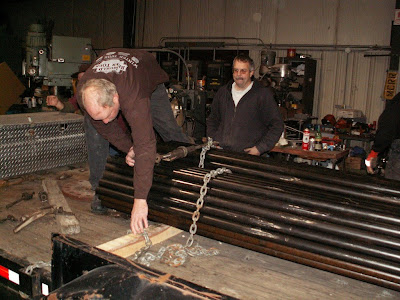 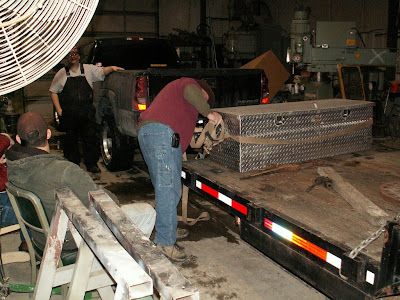 Various volunteers inspect the securing of the flues and tool box. 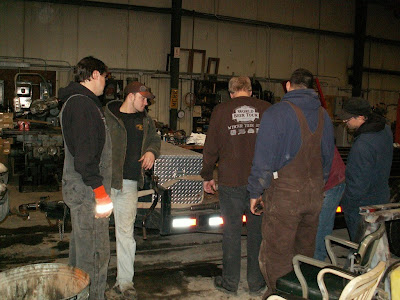 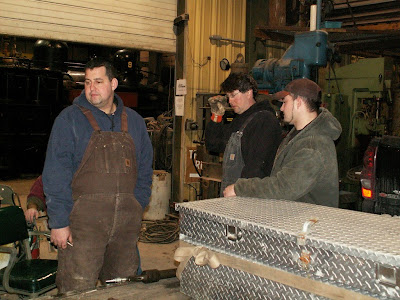 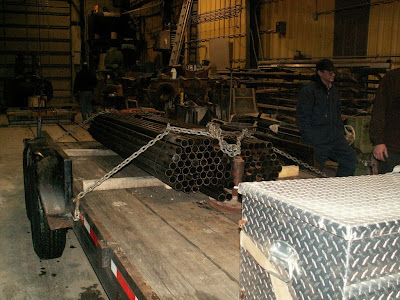