The primary task of the May work weekend was to finish the piping of the steam fuel tank heater and get the tank back on the tender.

We hooked up the shop air to the heater and discovered a few leaks. A few twists of the fittings later and it appeared airtight.

Using chains to attach the tank to the hoist, we lifted the tank off the floor and moved the 6's tender under the tank. Roger R. positions the tank over the pit track and hoists it high enough to clear the tender's rear light. 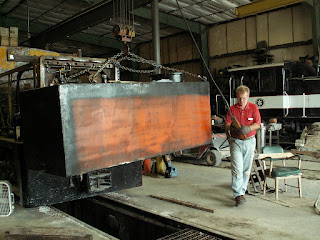 Chris P. watches while Roger swings the tank into alignment with the tracks. 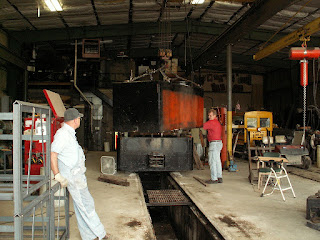 With the tank in the air, the locomotive is moved into position. 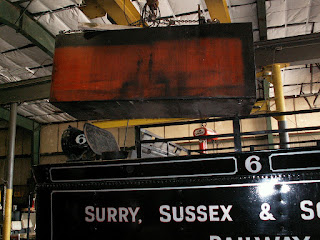 A view of the tender with out the fuel tank. At one time this would have been full of wood -- prior to the 6's conversion to heavy oil. 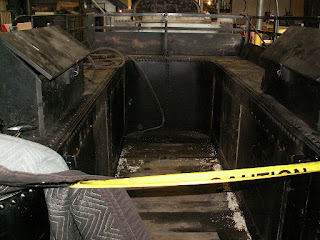 After the tank was placed onto the tender, the last few items inside the tank were completed: installing the heater's hold-down clamps and cleaning the metal shavings out from the tank. These next few pictures show the heater which is suspended off the floor of the tank. 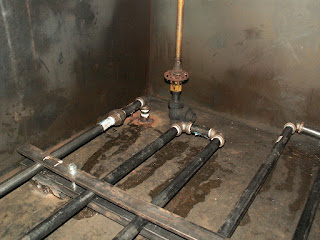 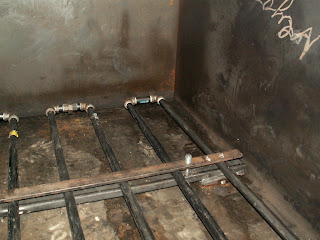 On Saturday, we started the preparations of the 6 for its eventual hydro testing. Several times each year, we remove the water glass to insure the pipes leading into the boiler are clean. Melissa B. inspects the attach points for the water glass before removing it for inspection. 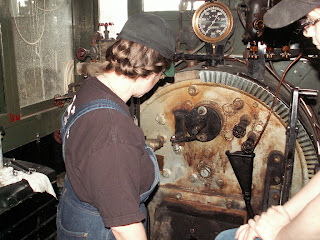 One of the water glass' attach points shows some mineral buildup which was removed prior to the glass being installed. 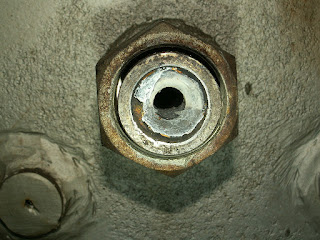 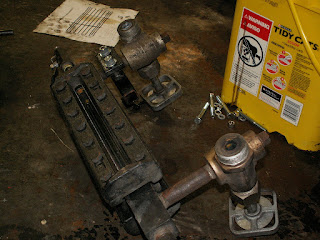 Roger R. explaining the water glass' operation to Melissa B. and Elsie B. Melissa and Elsie cleaned the inside of the glass. 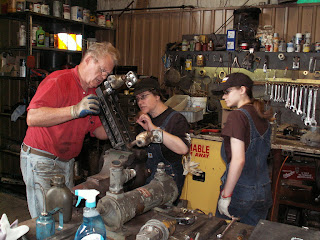 While the others were dealing with the water glass, Rex F. and Ryan F. installed the new tank drain on the 6's tender. Besides installing the heater, we changed the drain from 3/8" NPT to 3/4" NPT which forced replumbing of the drain line. 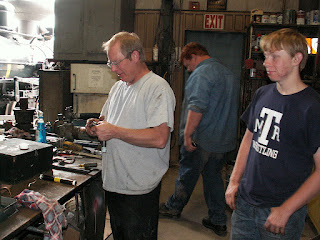 With the 6's fuel tank in place, some of the boiler plugs installed, and the injector check valves properly installed, we moved the 6 onto the center track and slid the Model "A" firemen's car onto the pit track. 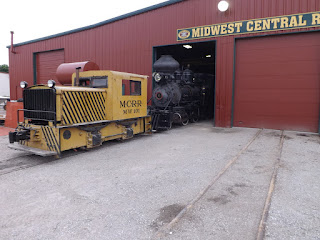 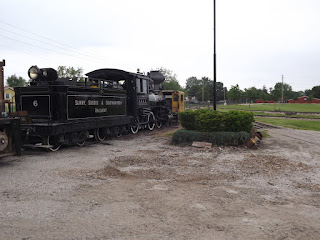 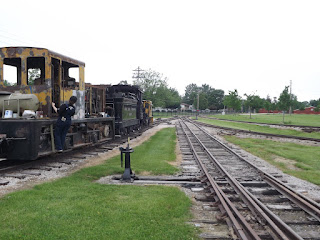 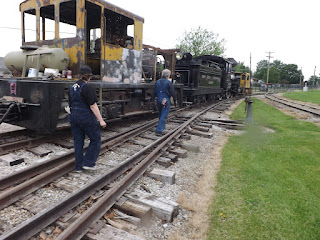 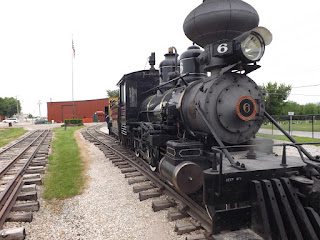 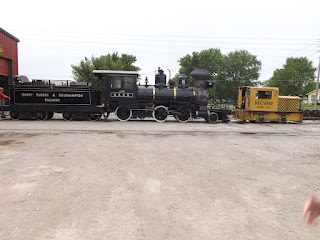 It was noticed that the A's drive train was having a problem. Under any load, the chain would jump and send a shudder through the chassis. Roger R. and Rex F. inspect the drive train to determine what is wrong and how to fix it. 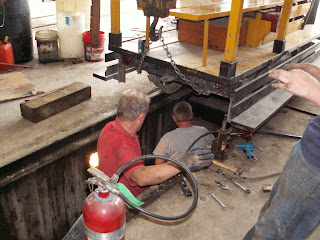 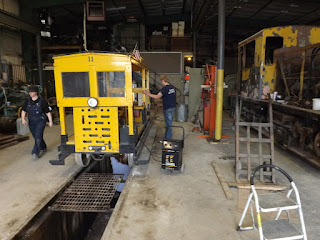 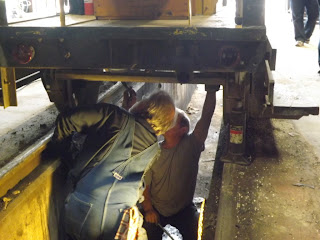 Fixing the A's drive train required rolling it back and forth several times. Freed from his other tasks, Brian B. helps push the A to the correct position for adjustment. 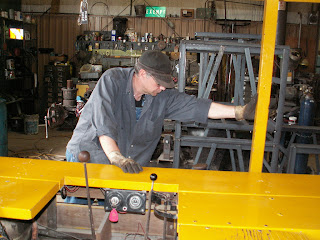 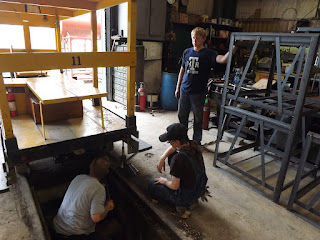 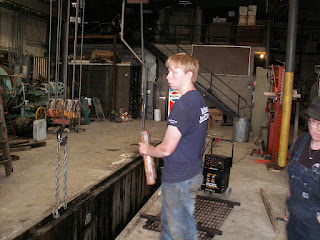 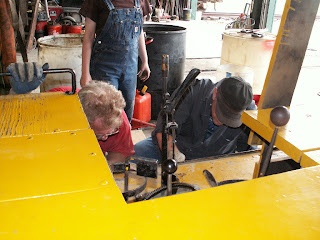 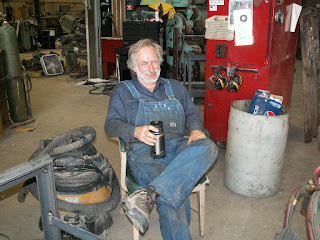 As some of the others were test driving the A, we continued the boiler plugging project. 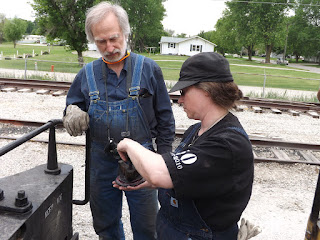 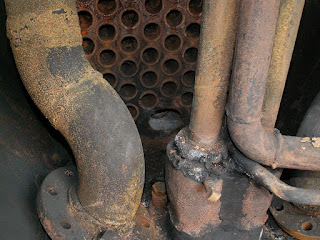 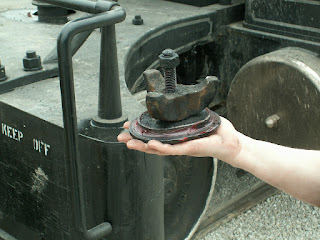 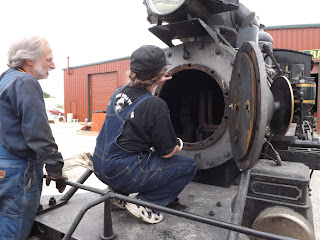 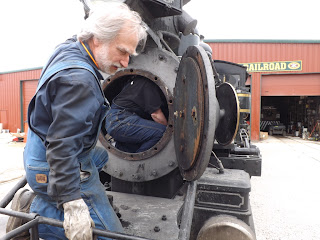 We placed the 6 over the pit to finish installation of the lower boiler plugs, pressurize the boiler, and check for air leaks. This air pressure test is only preliminary; we will fill the boiler with water, heat the boiler, and perform the annual high pressure test as part of our "Fireman School" this coming June.

-steam.airman
Pictures courtesy Dylan D. and Elliot H.
Posted by From the Shop at 23.5.12