Bad weather for the last couple months kept us from sandblasting the frame of the second car, number 6206. During this extended Memorial Day weekend (23-26 May), enough good weather prevailed and the sandblasting was finally completed on Friday. The original plan to paint the frame on Saturday was thwarted due to rain lasting all morning. The wet steel formed surface rust within several seconds causing the frame to need a quick second sandblasting! What a bother.

The next few pictures illustrate the "waltz of the frame." It was decided that the flat car needed flipping end to end, altering the mating with 6216. By flipping this car, the hand brakes are at opposing ends rather than at the front of each car. (Note to readers: our railroad does not have a wye or turntable; flipping a car is an interesting task.)

Flipping 6206 was a bit easier since it barely consisted of a frame. With the trucks off and the wood still in the shop, the skid steer and forklift were able to turn the frame around.

Step 1: The skid steer picks up the south side of the frame and moves it to the west. 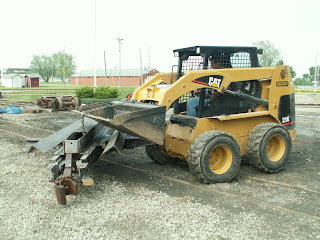 Step 2: Along with the fork lift, two machines have the frame almost east-west. 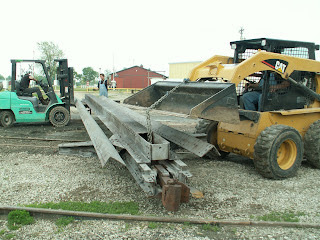 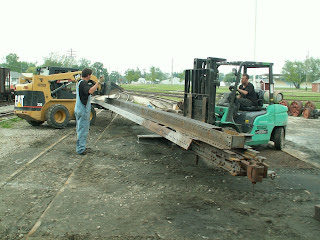 Step 4. Now parallel with the tracks, the frame has been reversed. 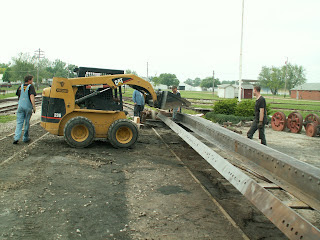 MCRR volunteers Paul K. and Brian Y. roll the north truck back under the frame.You can see the car's identification markings on the truck's frame. 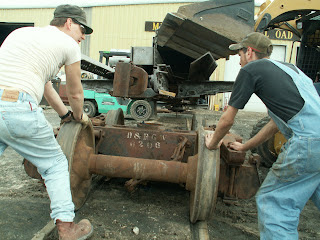 With so much residual sand on and next to the rails, the south truck was reluctant to move into place. It took four staff members to complete the task. 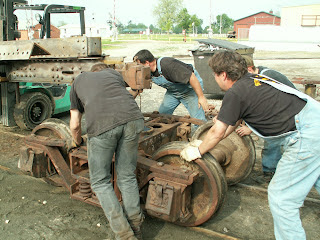 See an action shot of the truck installation at youtube.

Trucks in place and forklifts/skidsteers out of the way, Griffin W. prepares the airless paint sprayer for the primer coat 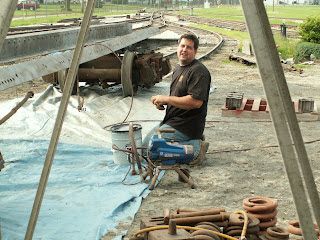 Dustin B. mixes the red primer before setting the paint sprayer's pickup tube in the can 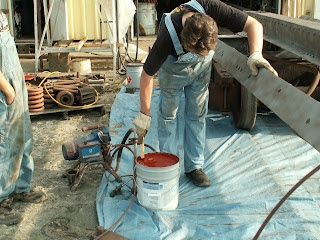 On Monday, with the primer dry the staff started the fitting of the center stringers onto the frame. The cutting of the tenons had been done two months ago, but painting the stringers wasn't completed until a few days ago.

Numerous holes and notches were drilled into the two boards in preparation for their fastening to the frame. 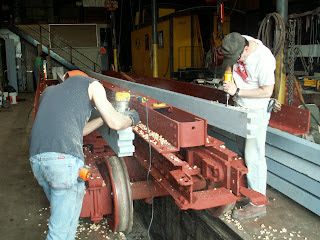 To keep the car as original as possible, most of the old hardware was cleaned and reworked to be usable. Here staff member Brian B. chases the threads on one of hundreds of square nuts 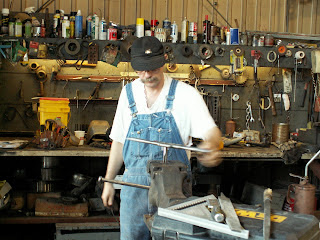 Griffin W. cuts a few mortises into the needle beam. (The MCRR's Vulcan Iron works switcher, affectionately known as "Little Squirt" is seen in the background. To be fair, it did have some mechanical attention this weekend.) 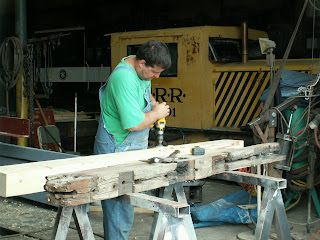 "Project Manager" Jesse V. rests while everyone else did the work. (Hahahaha...just kidding!) 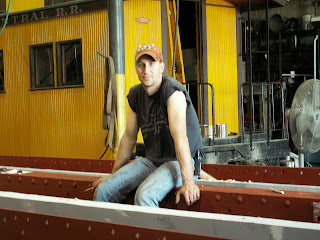 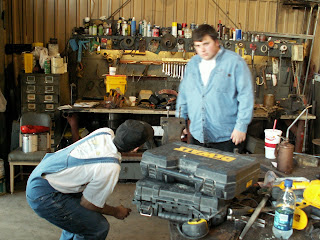 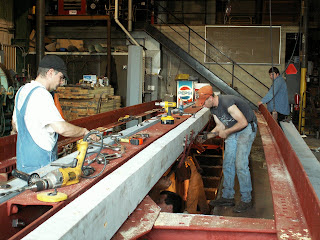 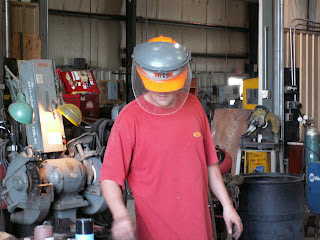 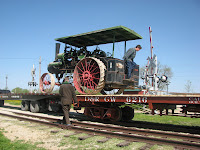 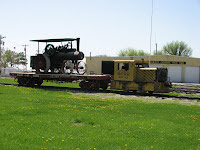 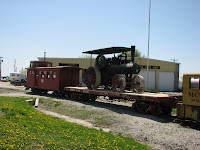