Using the MCRR's man-lift, we can now offer this view of the shop's roof looking south west from the north edge. 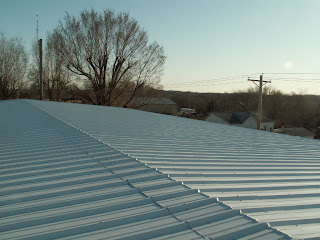 As long as we were up there for the rooftop picture, this view facing north from the shop is also interesting. 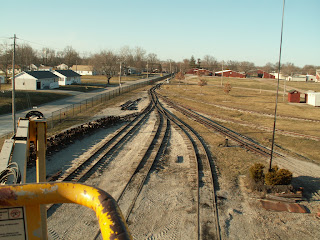 In January, because they were leaking, we removed the radiator cores from the 14 Plymouth Diesel switch engine. Half of the cores were condemned but we were able to install those passing the test. Depending on how they turn out, we will probably use some of the D-9's cores in the 14, and have the rest of the condemned cores rebuilt. 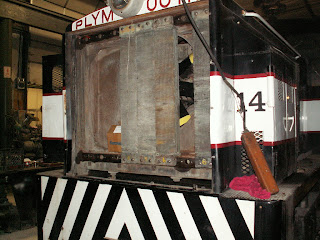 The D-9 continues to make cosmetic progress. Chris P. is inside the D-9's cab attempting to clean up the mess left by years of neglect. 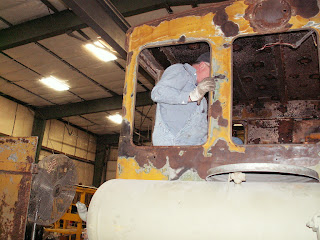 Here is a better shot of the cab's innards. Some sort of sound insulation had been carelessly glued on leaving the odd round patches all over the ceiling and walls. We are thinking of tongue and groove paneling to make it a bit more attractive. 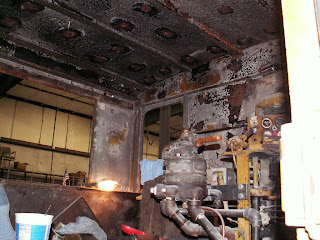 The 6's side curtains had their last bit of modifications. Elsie B. replaces a few bent or missing snaps and then attaches the finished product to the cab. 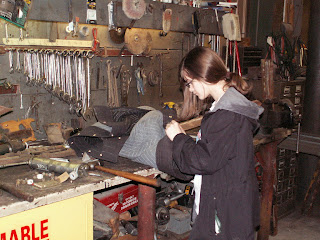 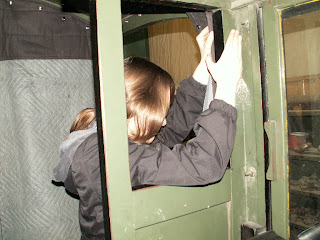 As a few volunteers were working inside the shop a few were working outside. We store numerous bits of rolling stock in Old Threshers' Museum "B" between October and March. Part of the spring cleaning includes removing the last remnants of North Pole Express from our South Station and reclaiming our equipment from Museum "B."

Dallas K. gets comfortable inside the Squirt's cab. ("Squirt" is the affectionate name for our '30's Vulcan gasoline switch engine.) At this writing, the Squirt is the only engine that moves under its own power. 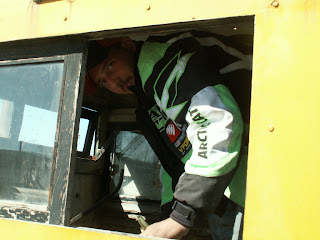 It might look small but it has a massive amount of tractive effort and pulling power. Here it is seen pulling a string of items from the Museum. 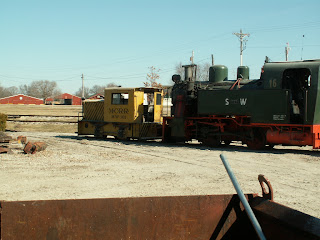 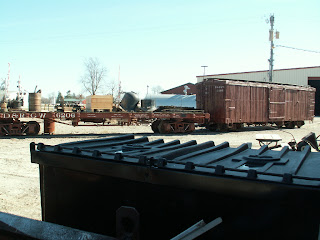 We had run out of "silica sand" - the white pure sand -- which we use in the sand blasting cabinet and in the locomotives' sanders. Dylan D. and Brian B. paid a visit to the local lumber yard and returned with 600 pounds for various uses. 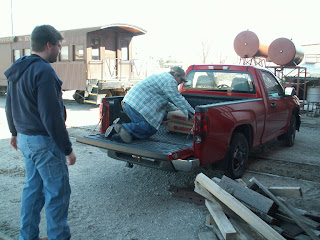 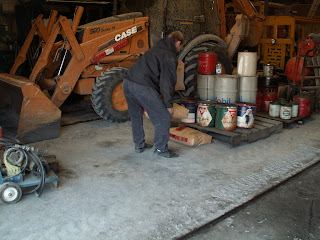 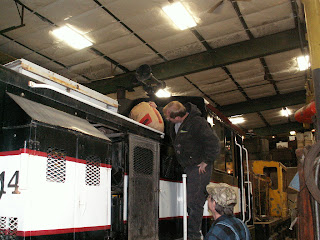 To make the North Pole Express ride more "enchanting," we cover the coaches' windows with translucent plastic. At the end of NPE the plastic gets removed. Dylan D. and Elsie B. make quick work of the 7 or so cars with the plastic. 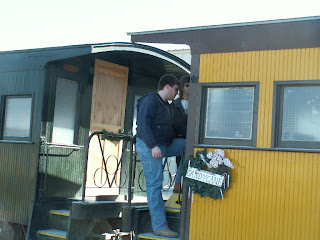 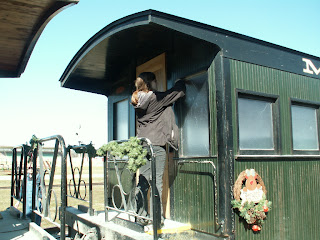 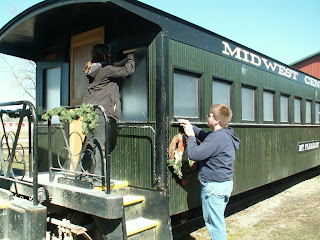 During North Pole Express, it was noted that cold fuel is not conducive to hot fires. One of this spring's projects will be installing a steam powered fuel tank heater. After moving the cars around, the 6 had to be moved to the fueling station to empty the tender's load.

The Squirt backs up to the 6. 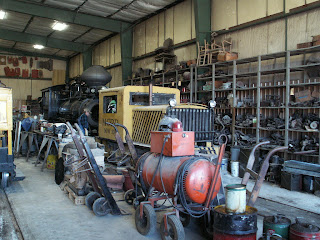 After moving the 6 to the fueling station, the pump and hoses have to be attached to the tender and the storage tank. Brian B. and Rex F. quickly get everything installed.
. 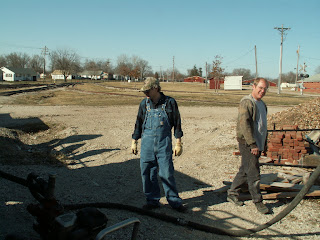 Pumping the fuel takes a while and it has the potential to get dull. That's Wayne P. texting one of his friends 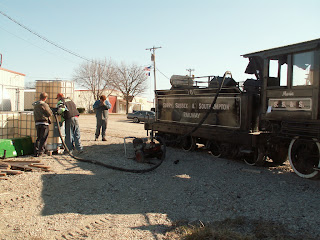 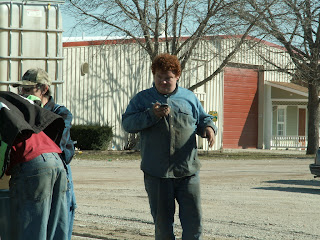 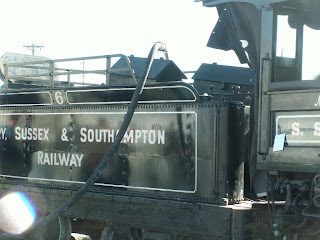