Wonderful weather for a work weekend!

Last month's water tower tank insert swap left the north station surrounds in less than perfect condition. Several MCRR members removed most of the ballast that had been used to provide traction for the crane. Besides the ballast pathways, there were places that deep ruts had formed as the heavy equipment maneuvered around the area.

Taken from the manlift while awaiting the arrival of OT's crane-like "thing," these pictures show some of the tire tracks in the mud to the right of the switch tower and going south from the North station.(Of course, the picture also has the railroad tracks to the left of the switch tower!) 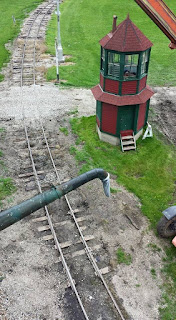 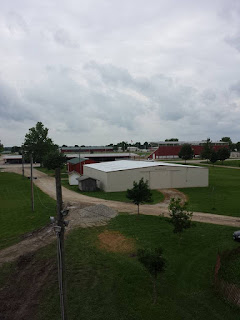 We needed the OT crane-like "thing" to shift the plastic tank liner towards the center of the enclosure. A volunteer directs the "thing" into position. 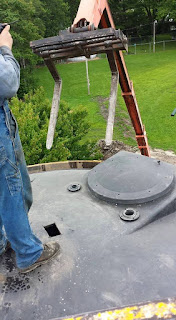 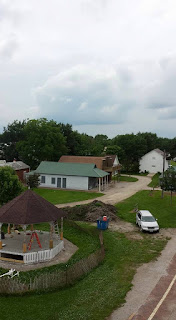 The recent rains had provided an ideal environment for grass and other tall items to rise from the ground. Dan H. and Nicole's sons run the mower and weed trimmers to make fast work of the overgrowth. 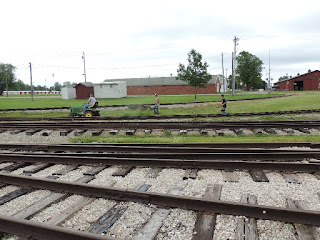 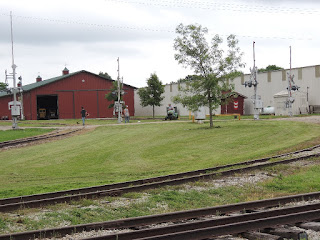 After the railcar team affixed the couplers to the stockcar, the car was taken for several laps around the track by the "Squirt," our Vulcan gasoline switch engine. 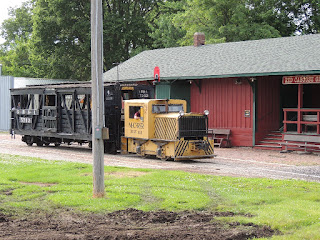 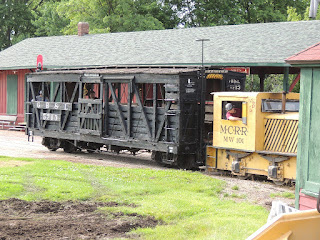 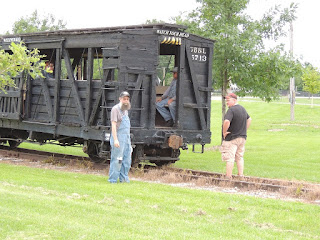 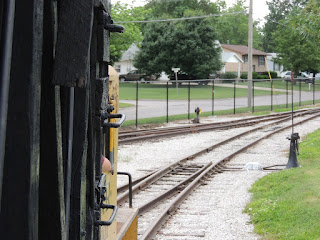 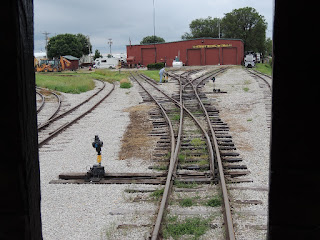 After confirming the stockcar's ability to negotiate the tracks, it was placed inside the shop. On Saturday, David M., Randy V, Walt O., and Evan P. removed what remained of the roof. 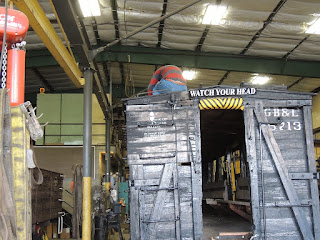 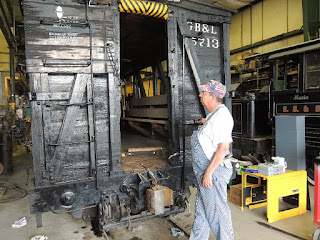 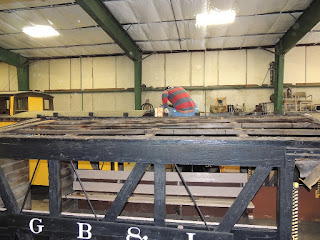 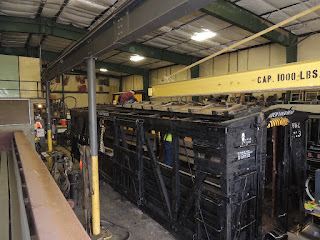 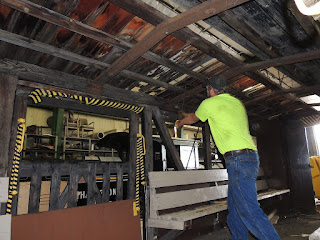 Matt W. created a new burner drip pan for the locomotives. The old pan, dating to the days of Shay No. 9, was getting a bit ragged plus with two oil burners (No. 12 and No. 6) it is nice to have two drip pans. The new drip pan needed handles and a pour spout. After all the other projects, only the handles were completed. The spout will appear in July.

Elliot H. and Matt W. express their thanks to the Miller MIG welder. 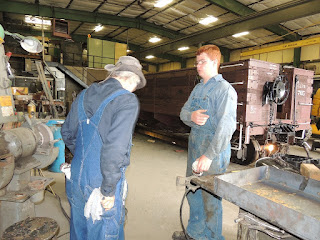 Matt W. prepares the jig for forming the handles while Evan P. and Elliot H. turn away. 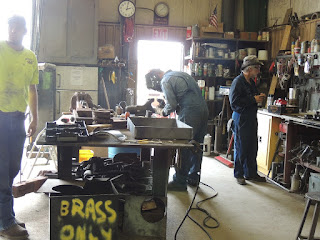 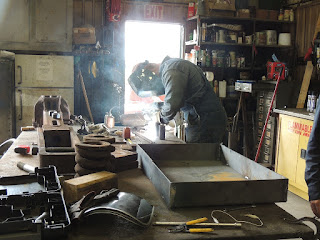 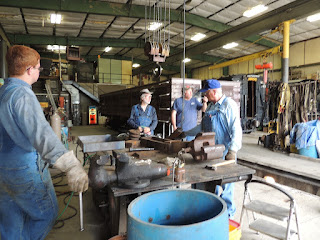 The handles are welded in place. 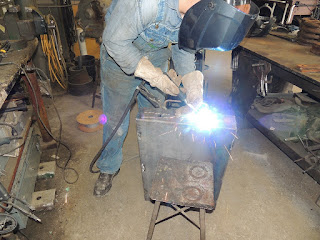 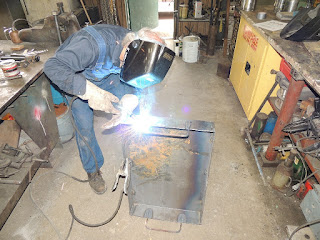 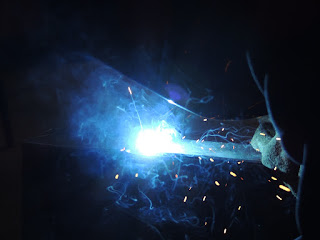 Attaching the couplers to the gondola required a few super-sized bolts. Scott D., Kendall O., and Chris P. make the bolts on the lathe. 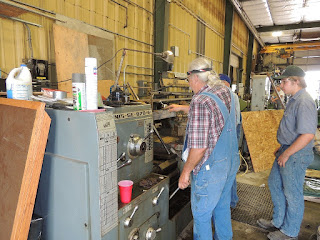 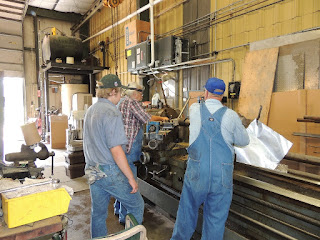 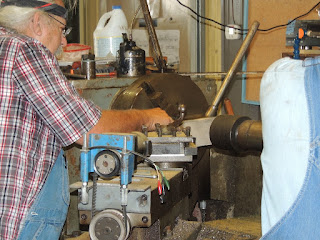