A large crew appeared for the August work weekend despite the 2014 Old Threshers Reunion being only a few weeks away.

No. 12 is entering its seasonal maintenance phase. Shown here is Kendall O. removing items from the steam dome lid for its eventual removal. The dry pipe, throttle body, and associated throttle linkage needs to be inspected for the 2014-2015 operating season. 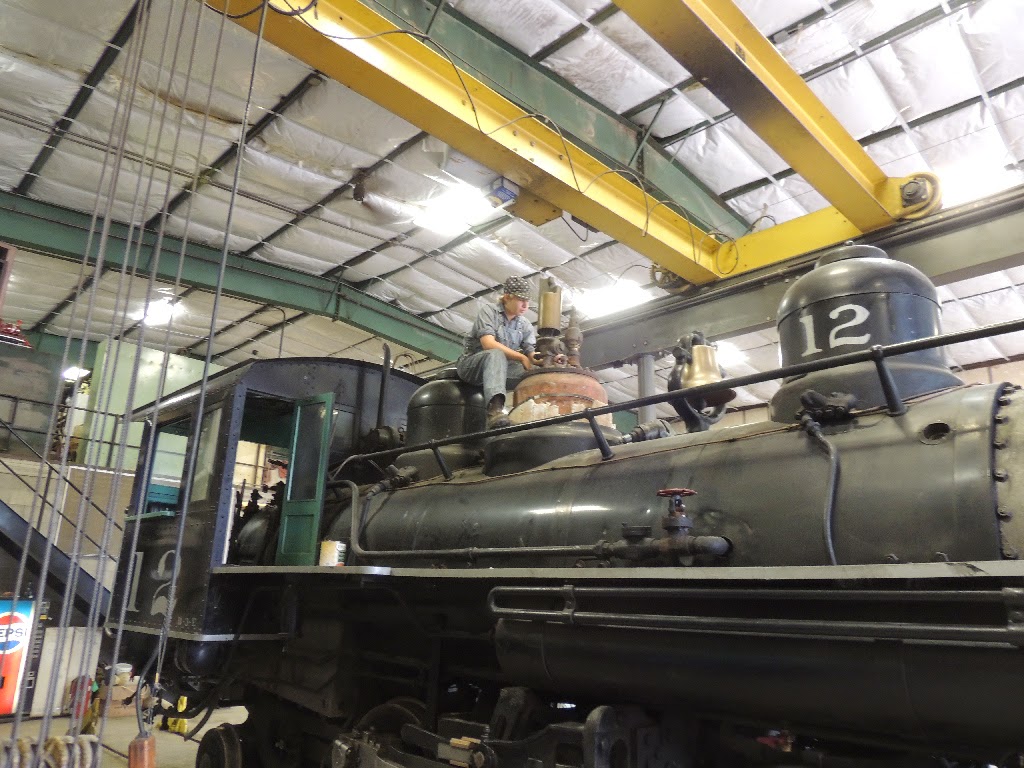 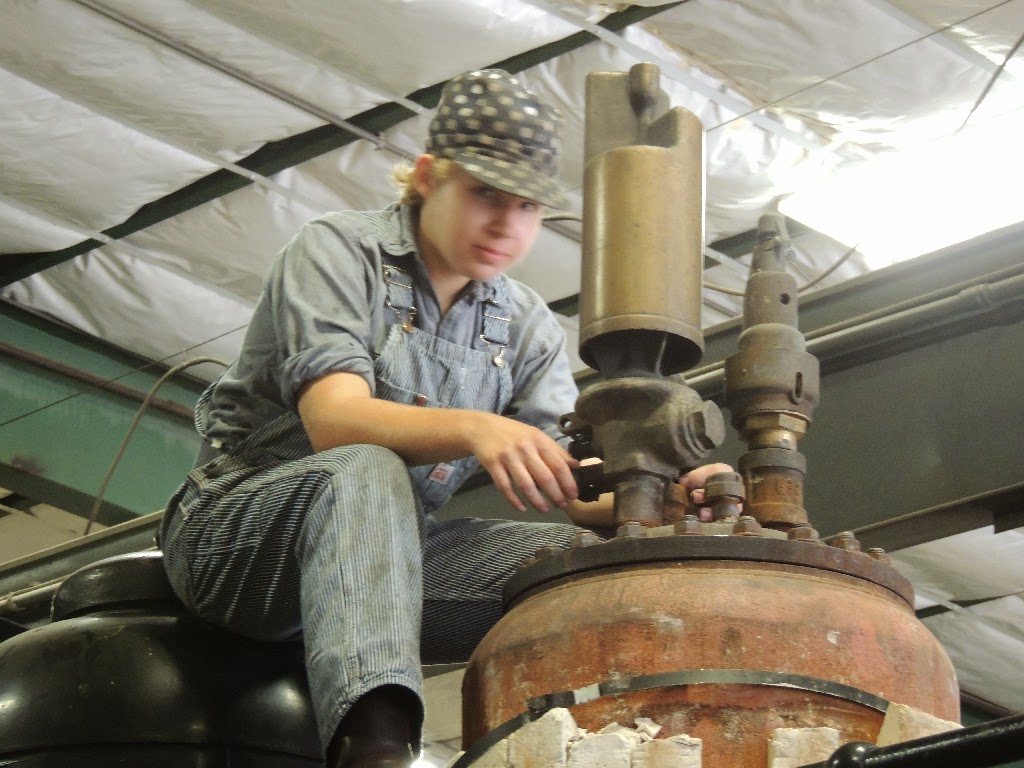 Several months ago it was noted that new brake shoes had arrived at the shop. Today, Walt O. and Matt W. installed the shoes on No. 12. 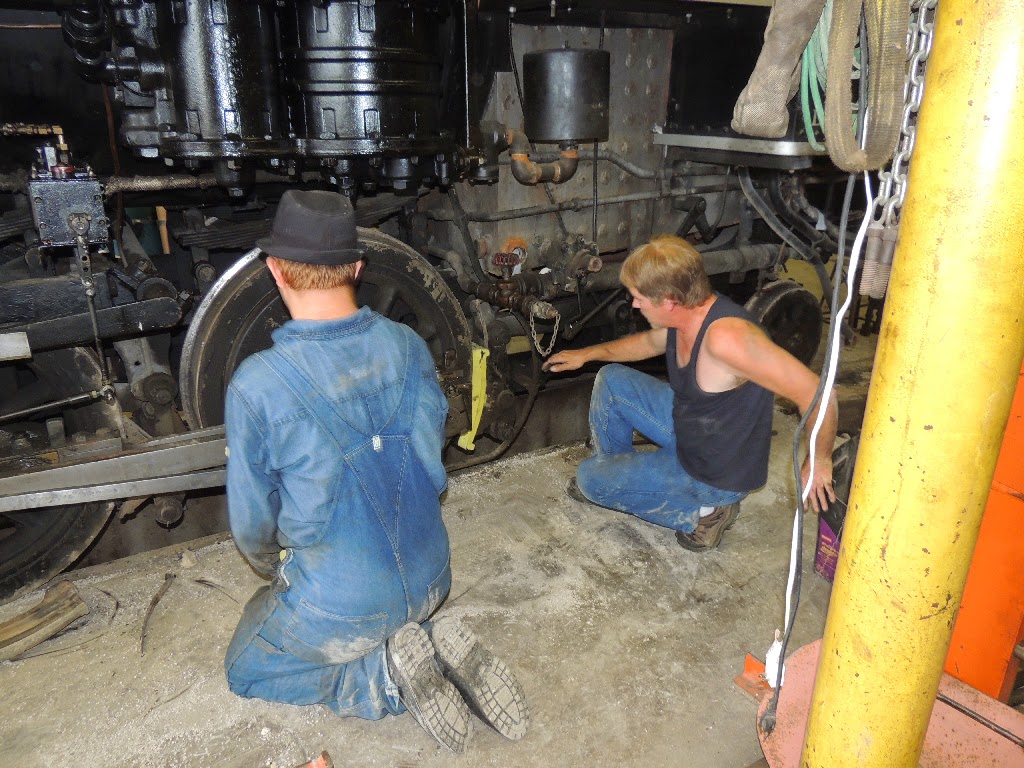 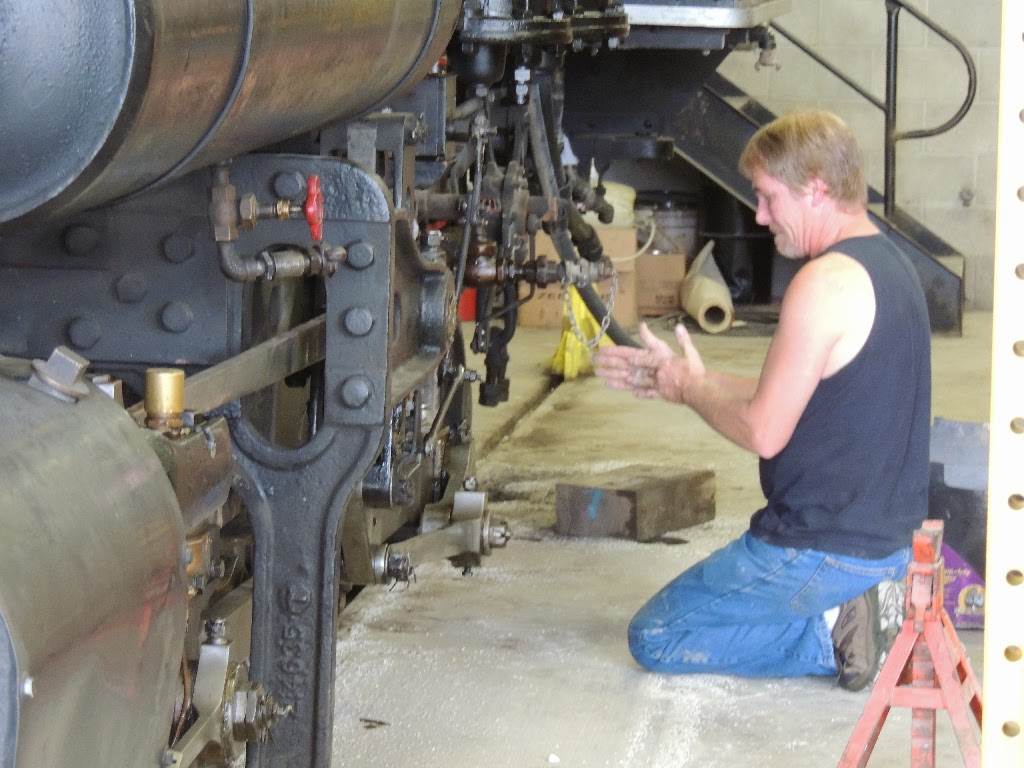 Elsie B. greased the backhoe's pivot points in anticipation of track work at the north end. 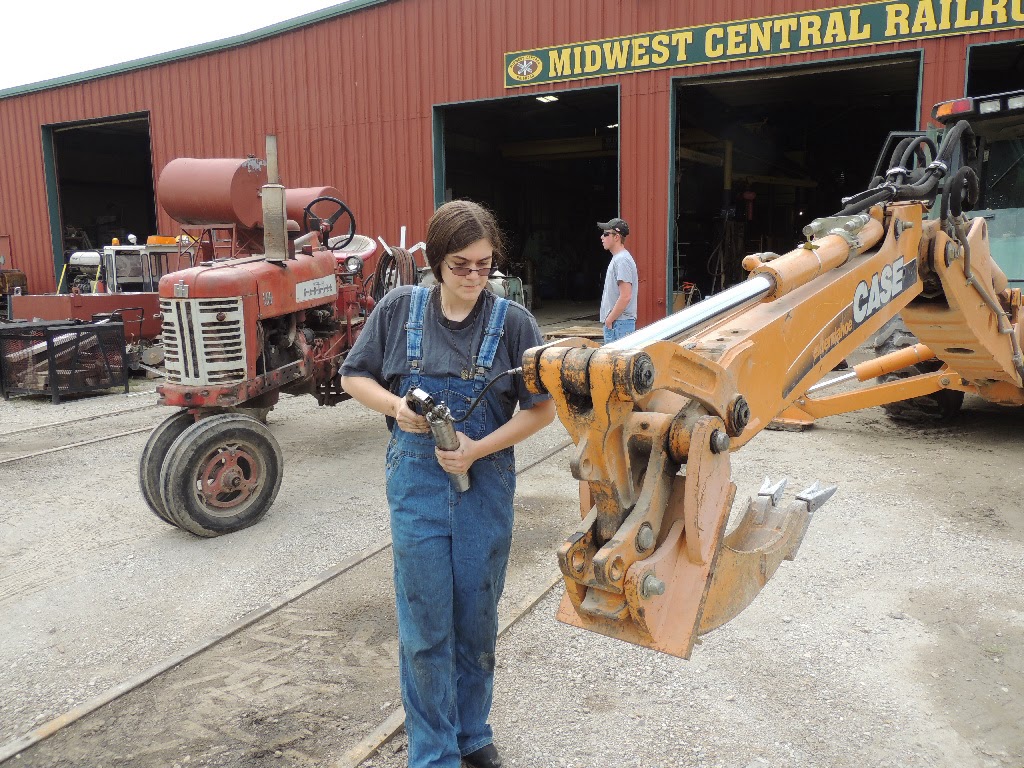 Ryan F. checks the gasoline air compressor. We use the compressor to run the tamping tools and spike driver. 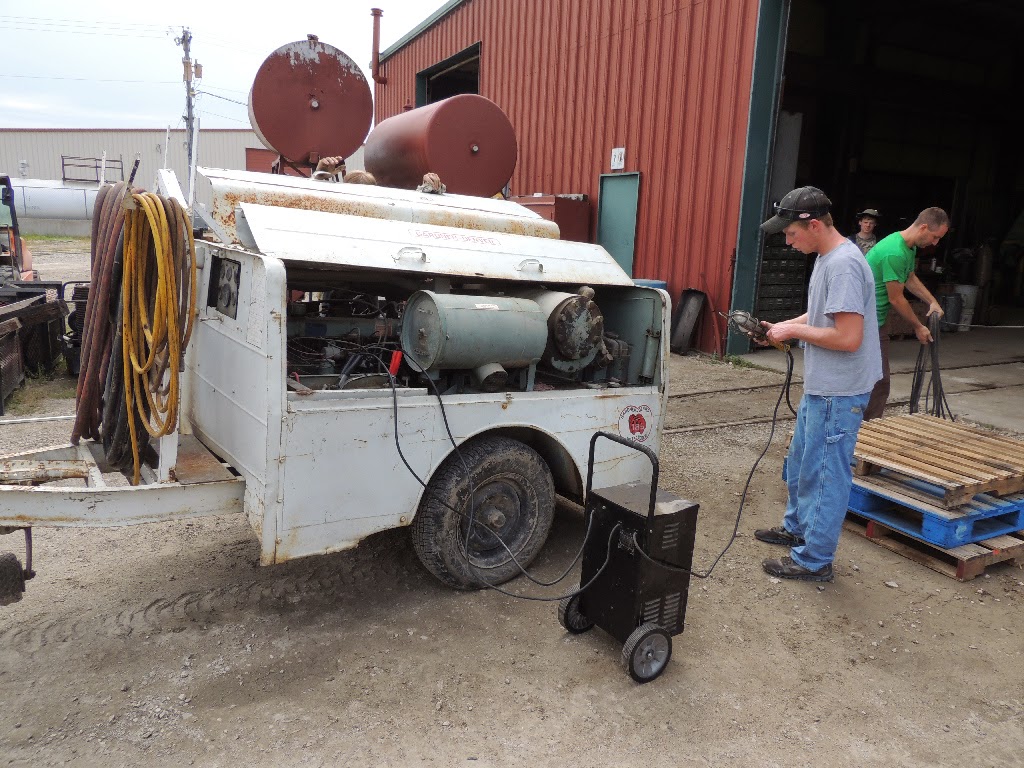 Earlier in the season, we inspected and started the process of removing the water tank inside the tower. Due to delays in obtaining a proper liner, we felt it was a good idea to get the tower back into working order for the upcoming operating season.

Dave O. and Dan H. enter and exit the tank via the man lift. 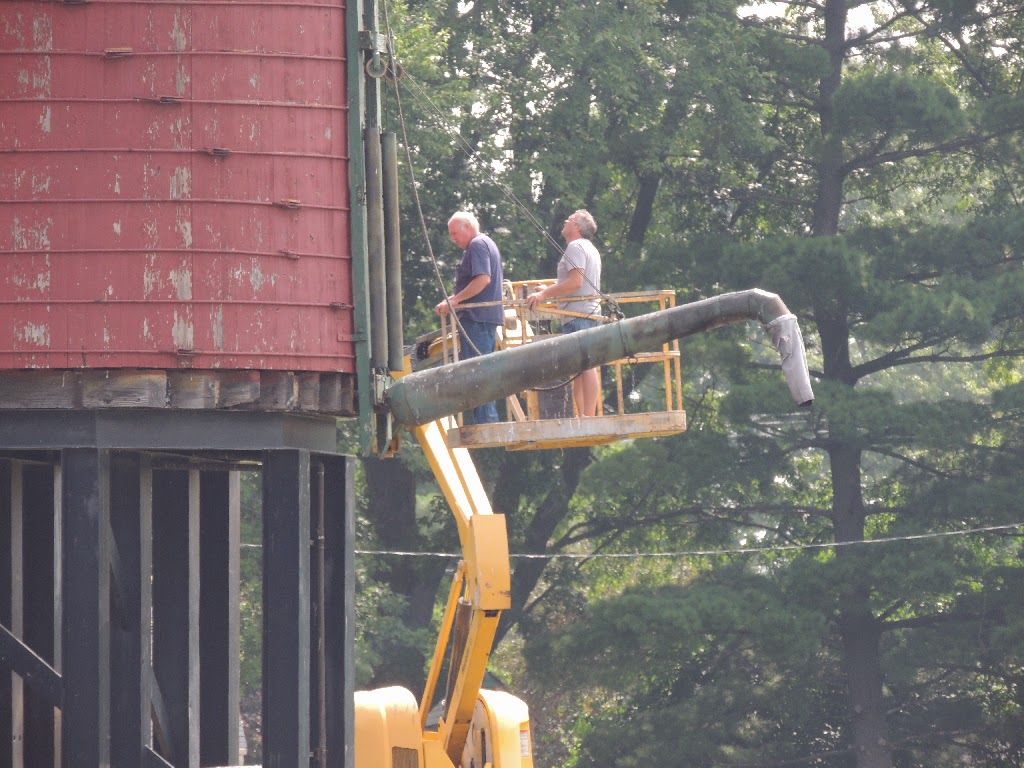 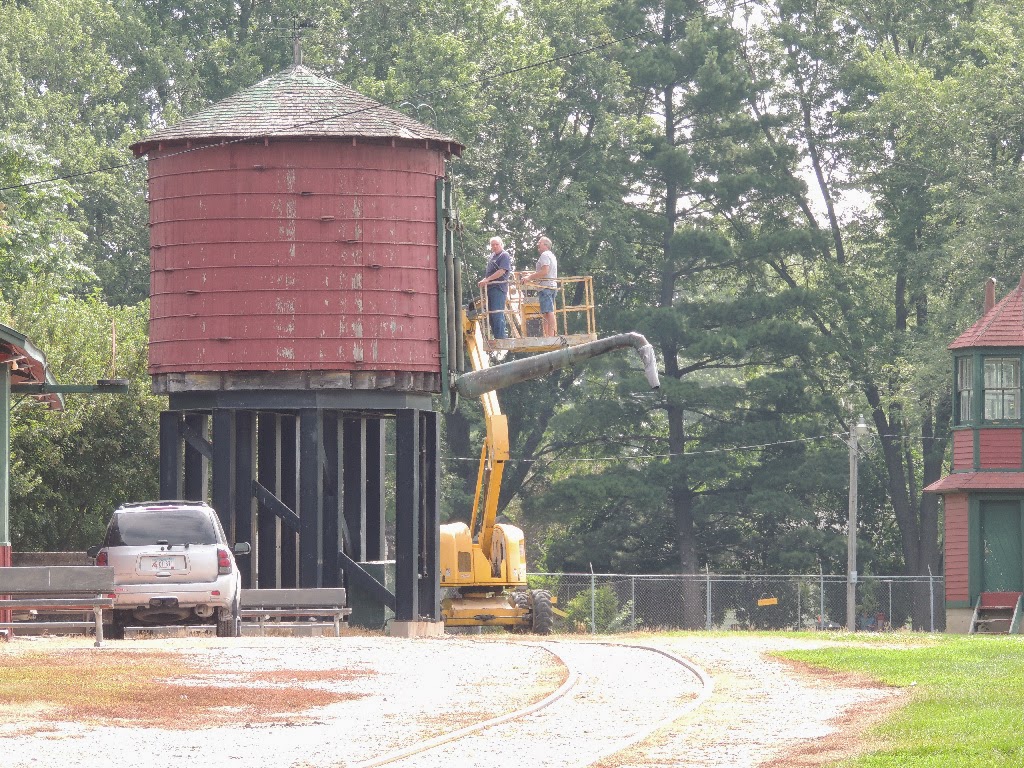 Track work! I bet this is a surprise to our readers.

Depending on the scene, Elsie B., Melissa B., Brian B., John K., Paul K., Ryan F., Jesse V., and Dustin B. appear at various places performing various tasks to get the tracks in shape for the OTR. Not shown is Elliot H. who insists he was there but is nowhere to be seen. 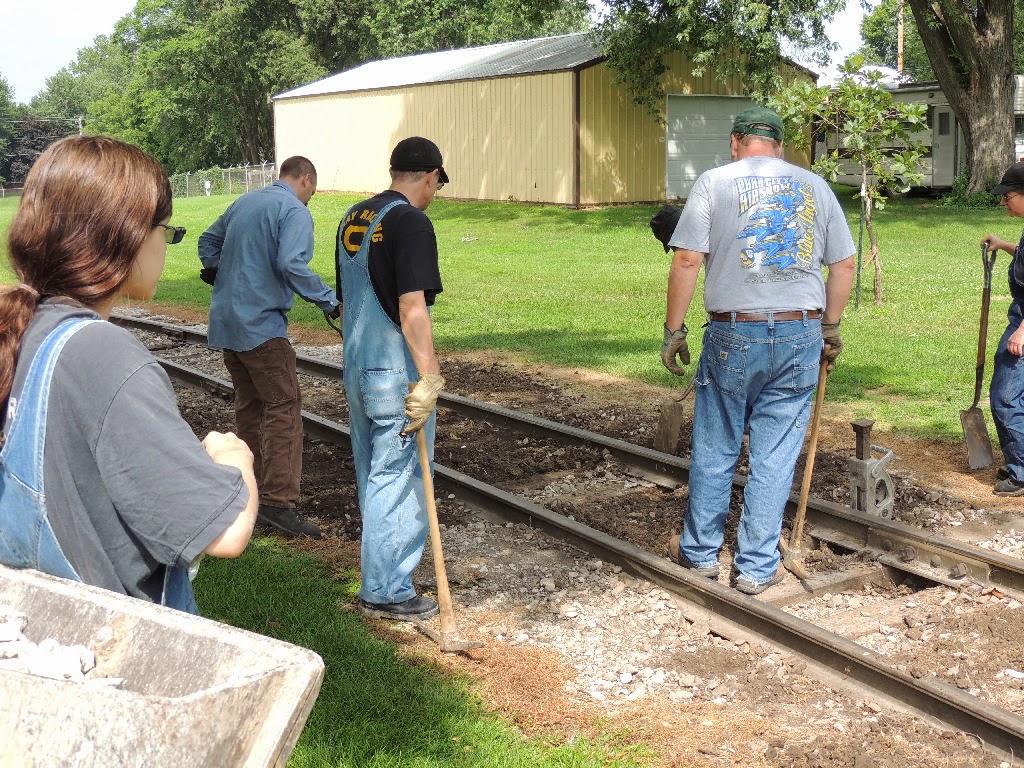 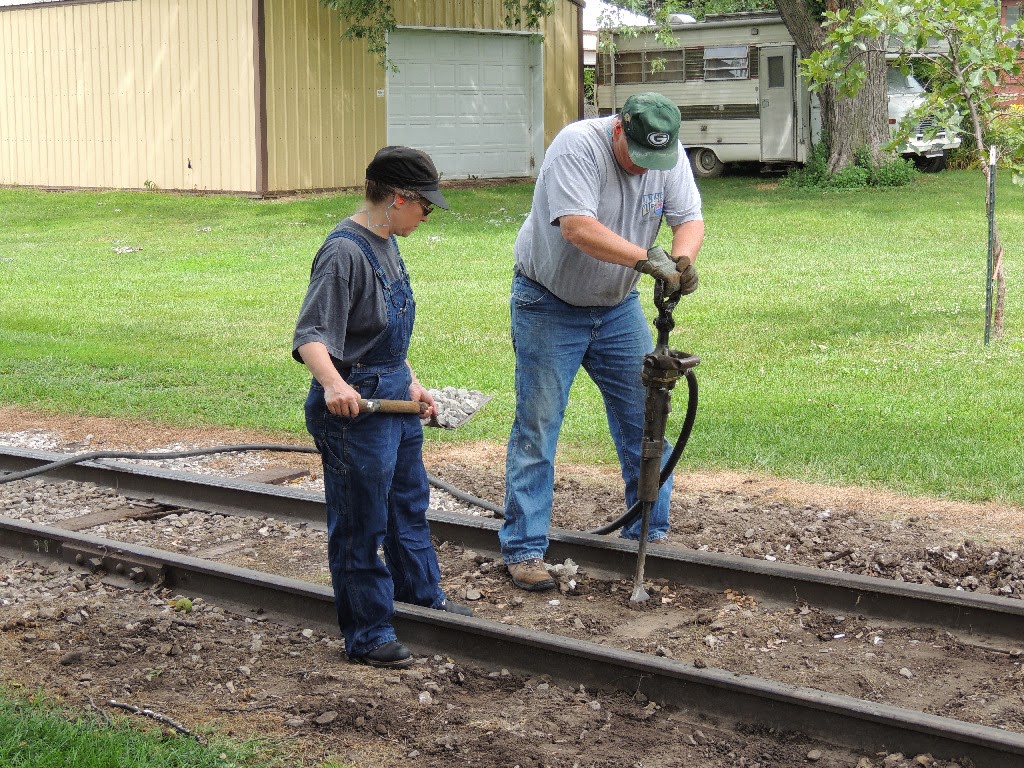 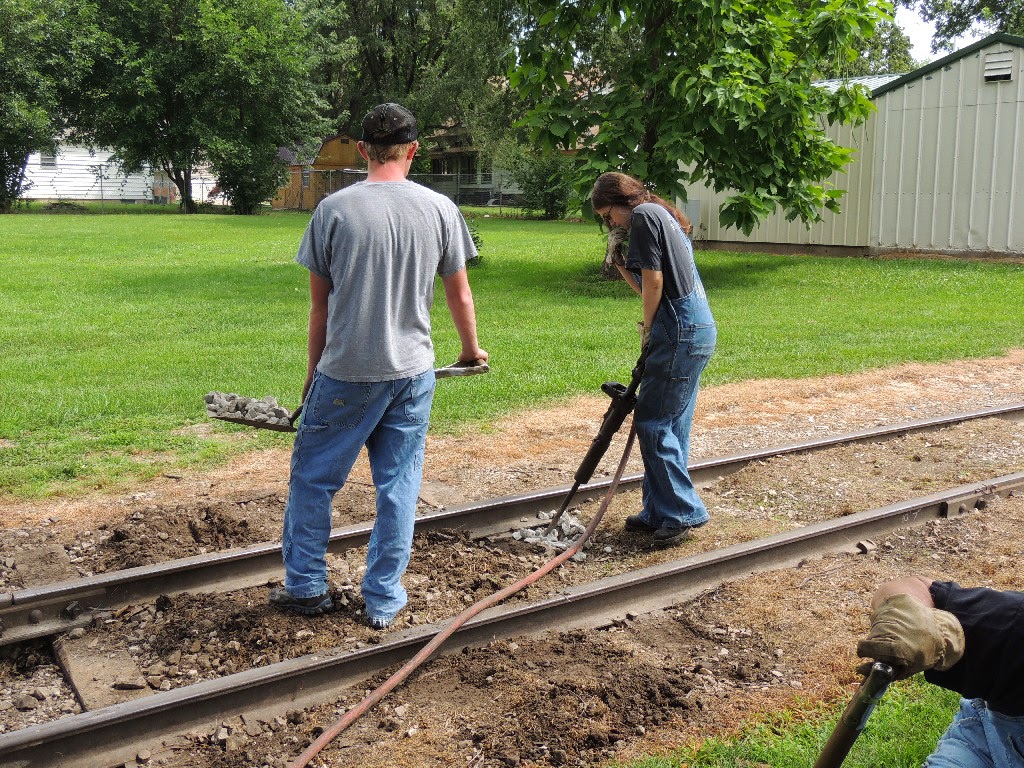 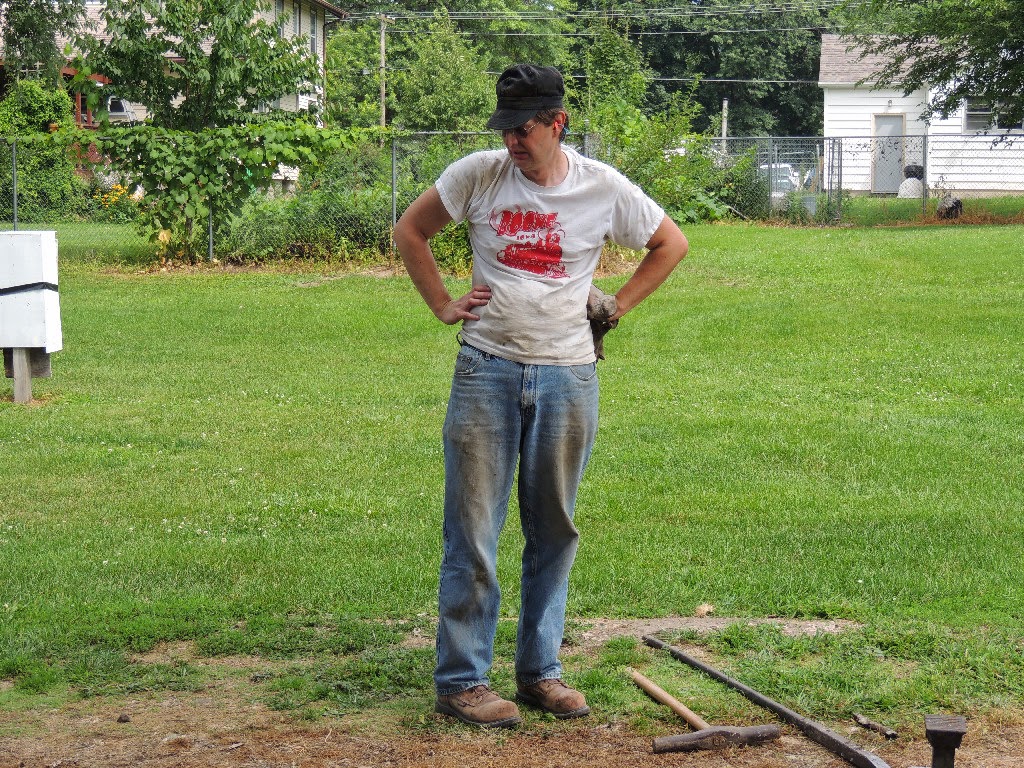 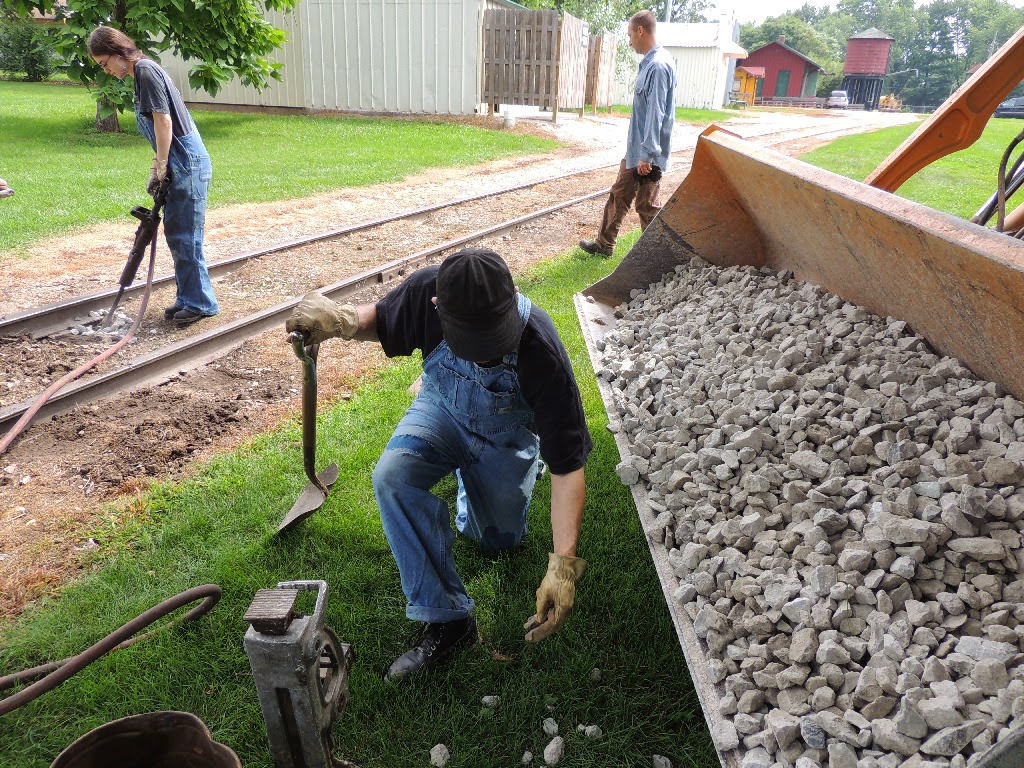 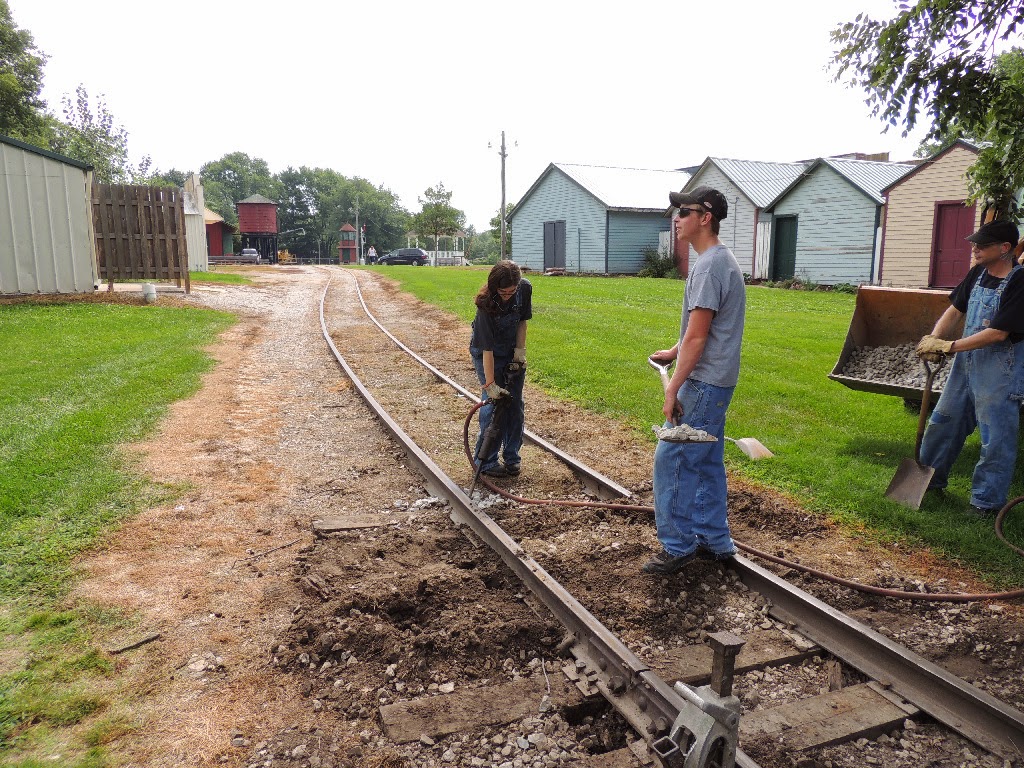 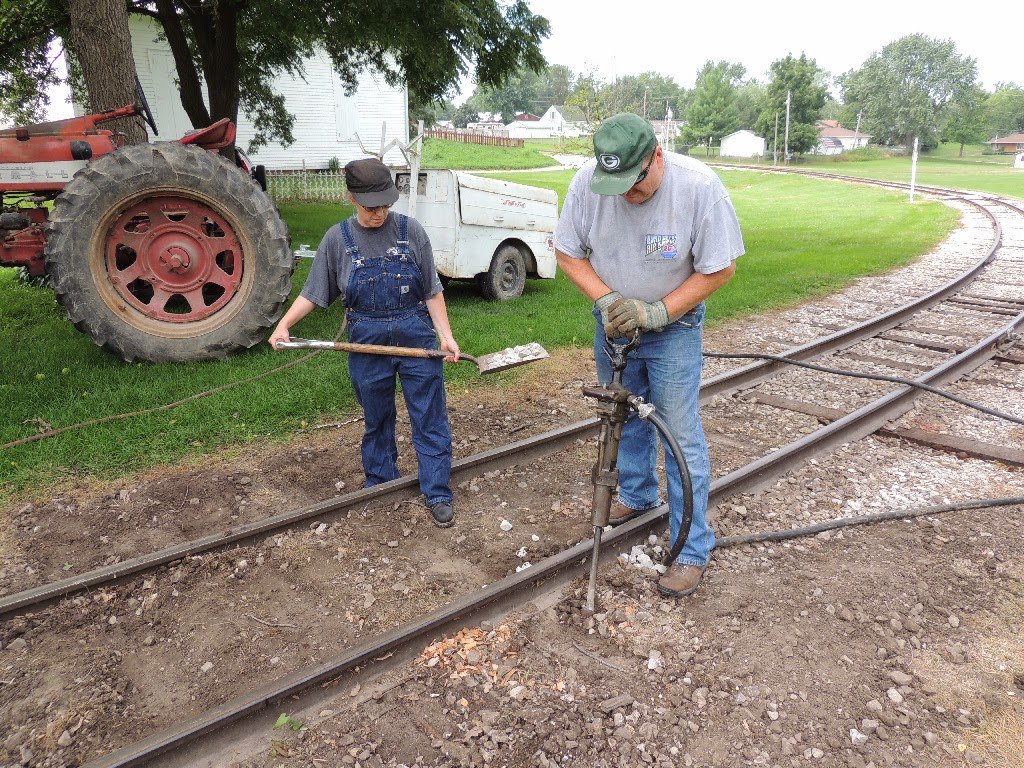 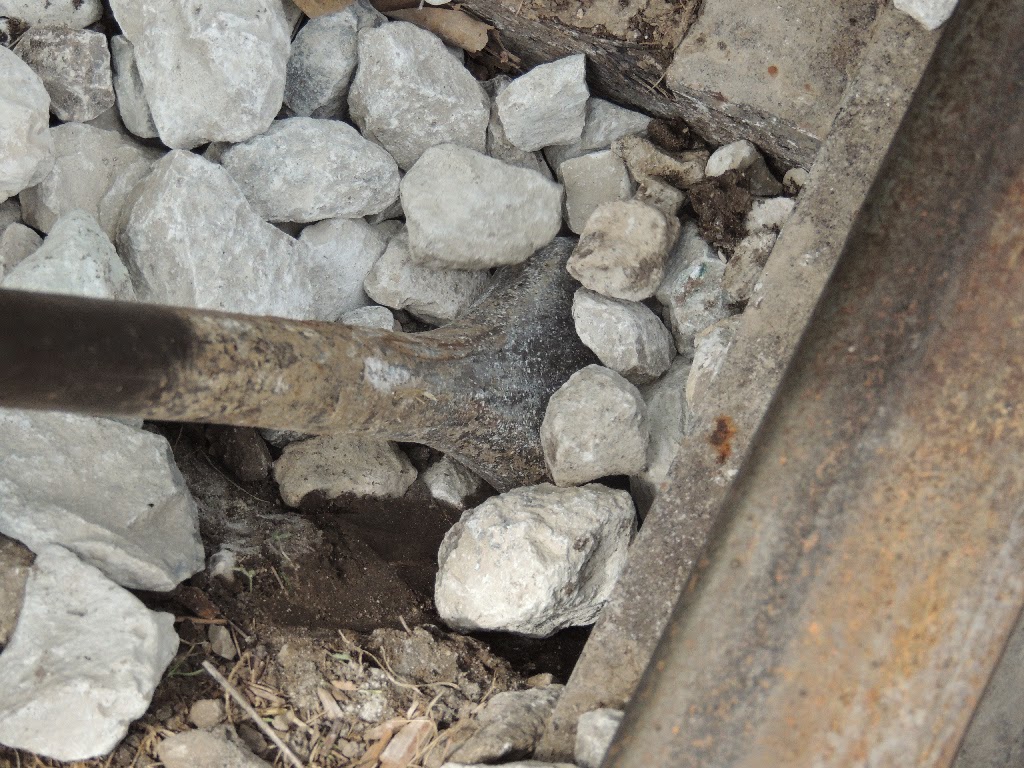 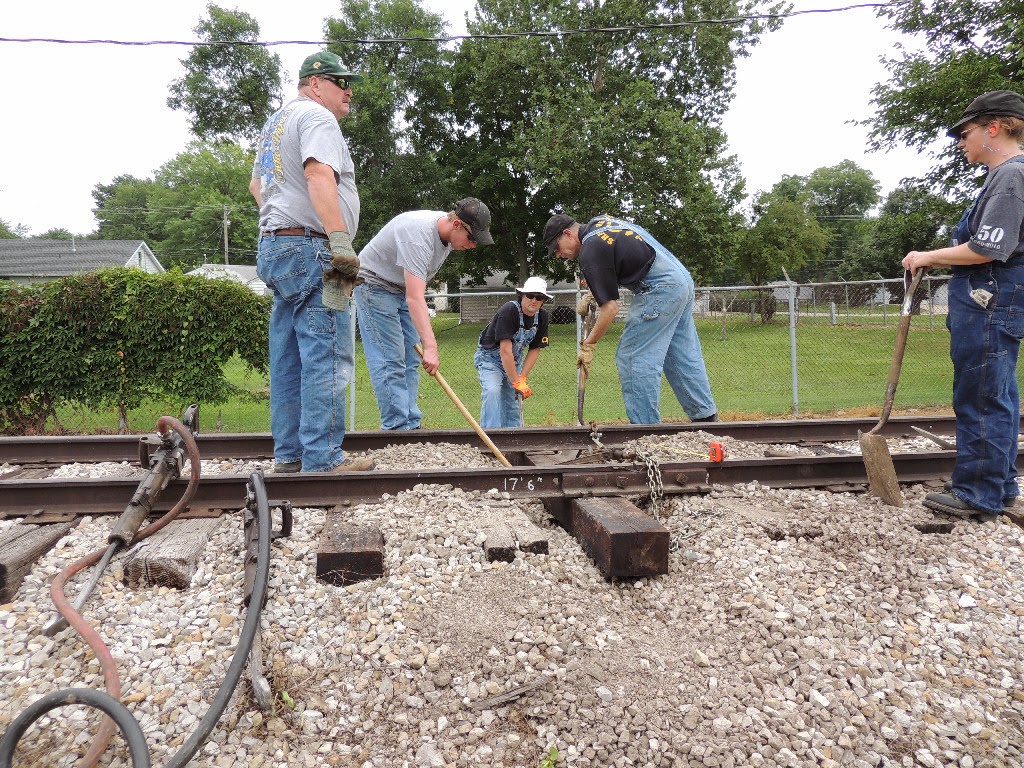 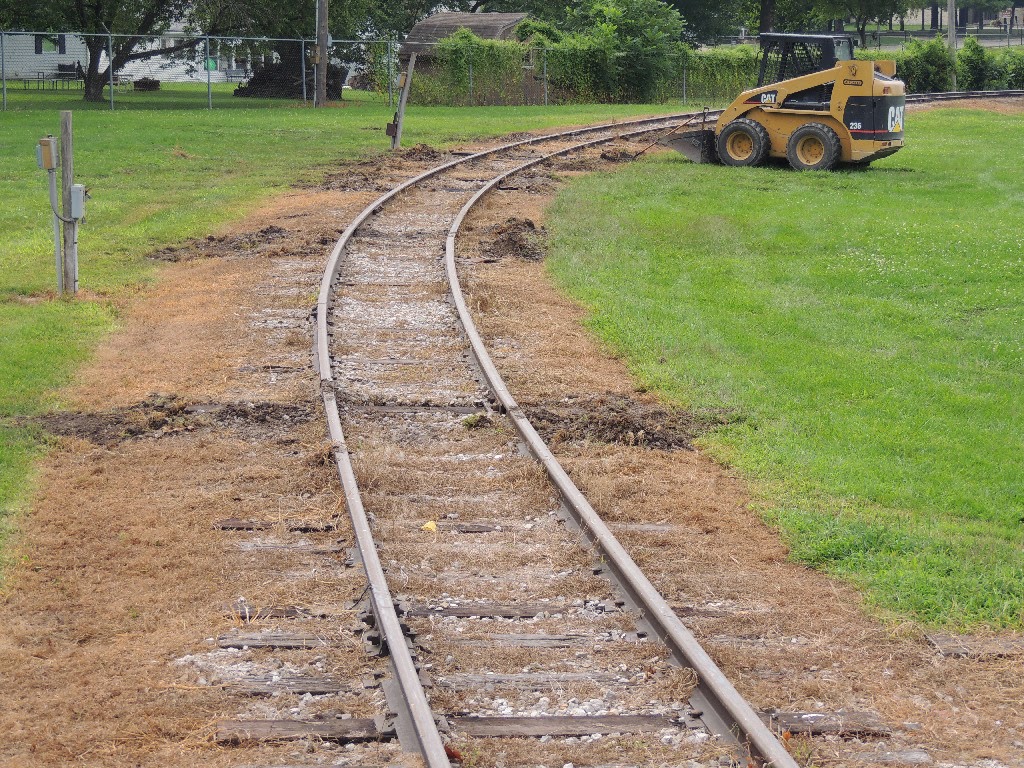 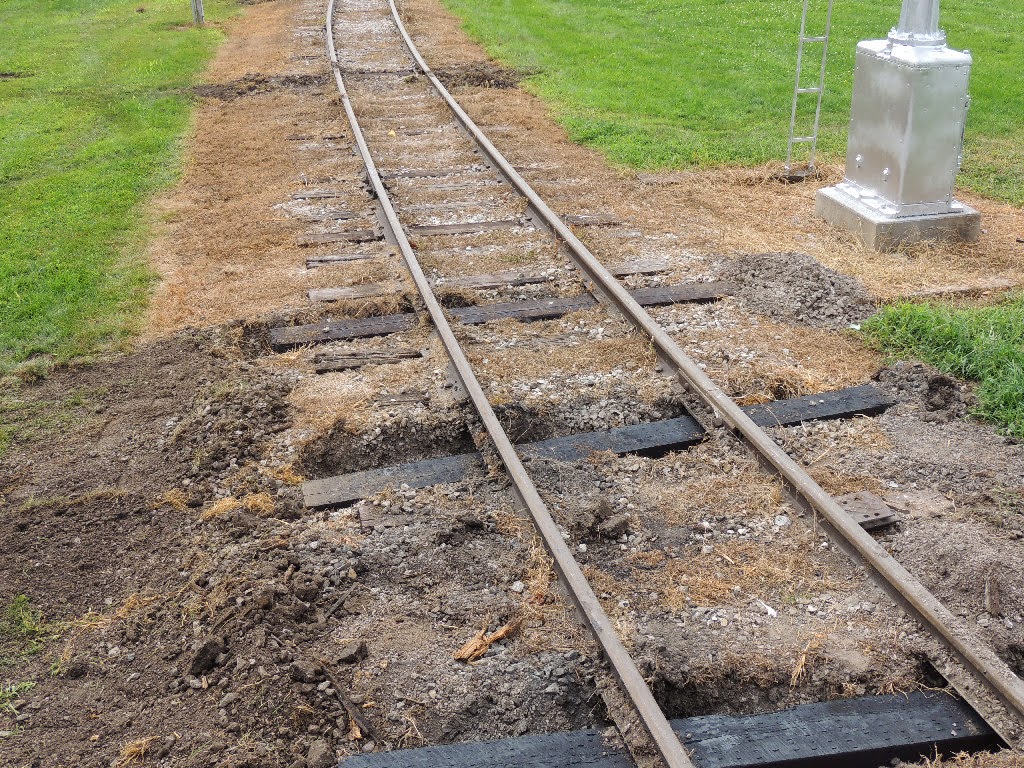 A view from the driver's seat of the backhoe. 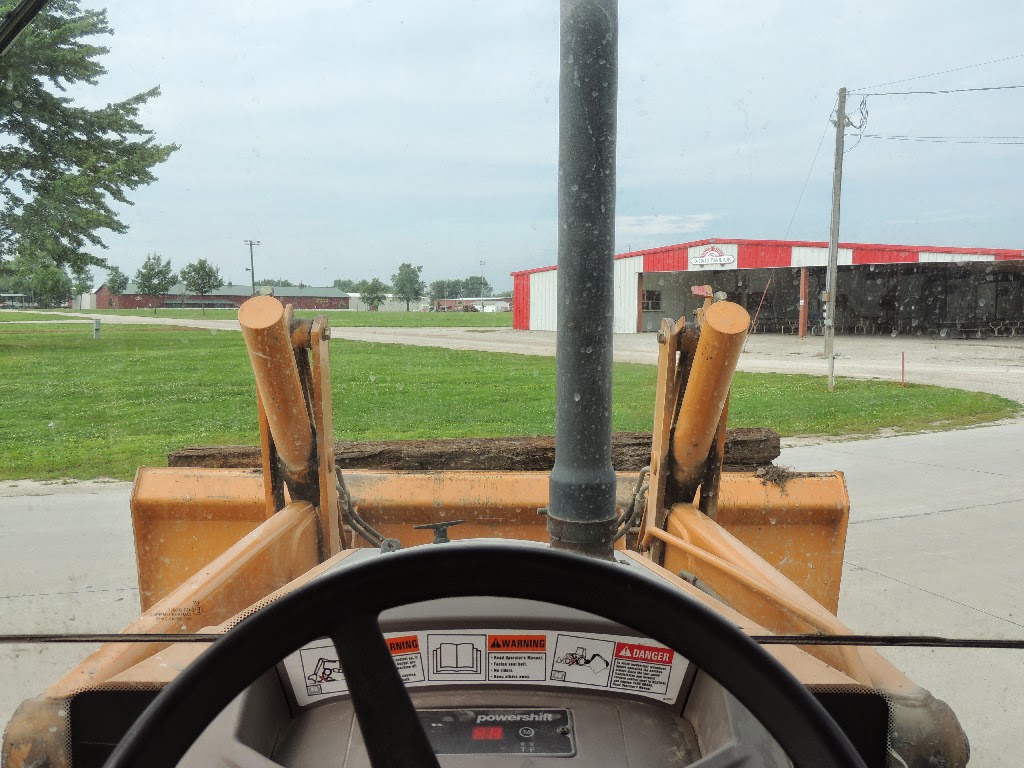 Back in the shop, Lindsay R. assists Matt W. in the removal of No. 12's waste cellars. 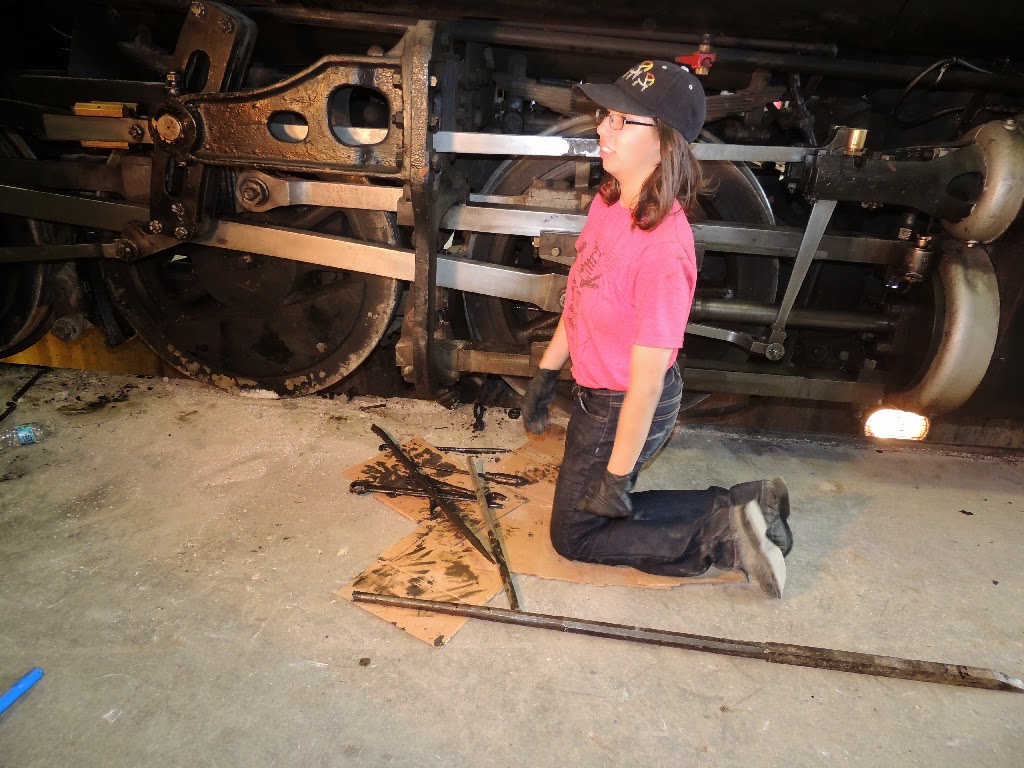 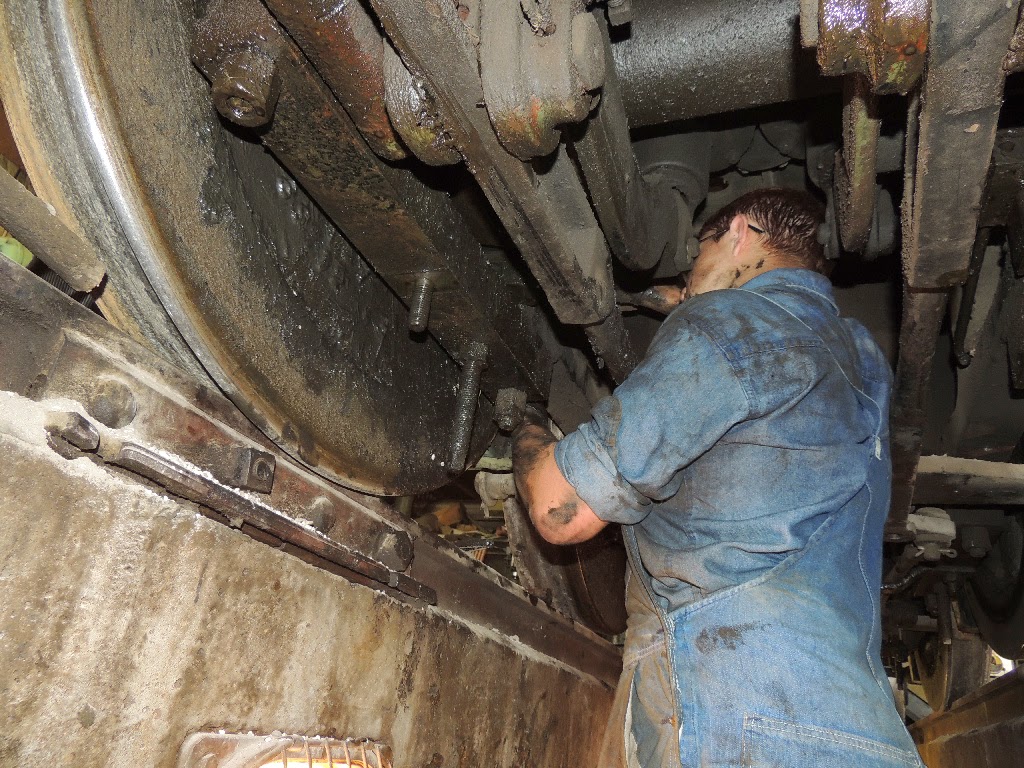 As usual in August, the ice maker needs attention. Dave O. tinkers with various settings to get it producing ice. 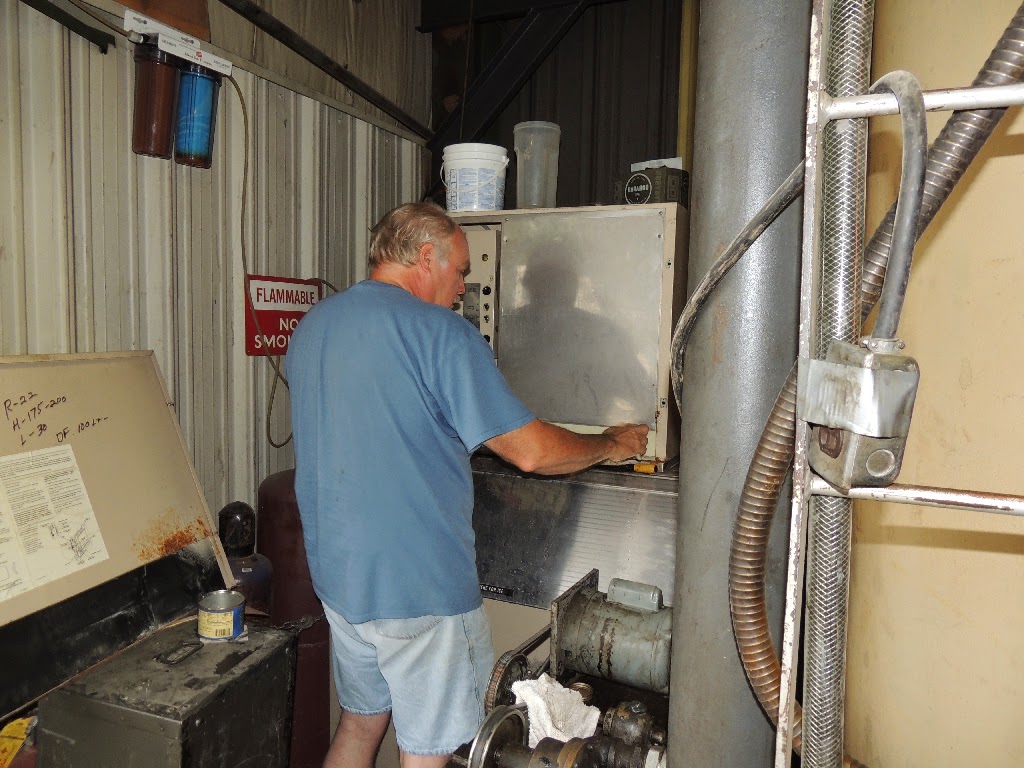