First, a treat for those anxious about Shay No.9.

The staff has been returning No.9 back to running condition for its debut at the 2019 Old Threshers' Reunion. No.9 last ran late in 2018 at the Georgetown Loop Railroad. The GLRR staff did their year-end "pickling" of No.9, stored it over winter, and then readied it for shipment to Mt. Pleasant. We are putting the locomotive back together and replacing some of the West Side Lumber treatments that were impeading Federal Railroad Administration certification or simply unnecesary for use at the GLRR.

The focus of the work weekend required that No.9 was not in the way, so it was set outside the shop to graze near the flagpole. Not to be outshone, both CyZ No.1 and No.D9 photobombed this shot of No.9. 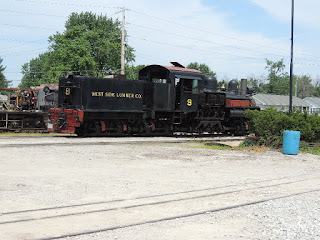 One of the short yellow coaches had its roof trashed just before the 2018 OTR, having been outside when a storm hit Mt. Pleasant. At the last work weekend and over the Independence Day weekend, the staff removed and prepared the coach roof for an ethylene propylene diene terpolymer (EPDM) rubber roof. The next few pictures show Ryan J., Sean B., Micah M., Elliot H., and Melissa B. applying the adhesive to the substrate and roofing material, and then sticking the material in place. 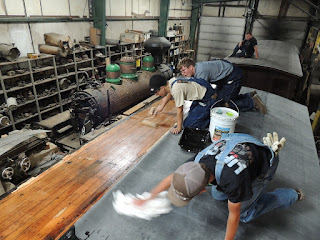 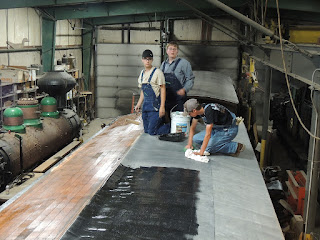 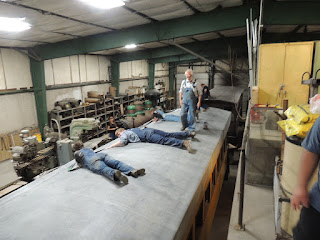 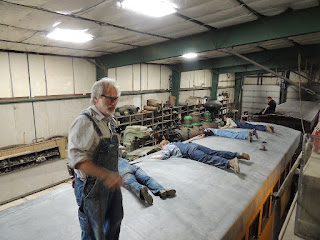 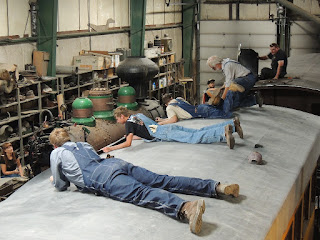 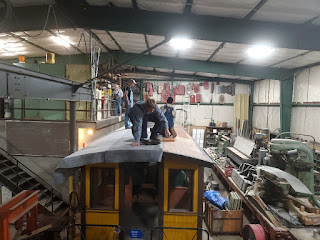 Melissa B. and Wayne P. remove the old roof from another victim of the 2018 storm. The EPDM roof will be installed in mid August. 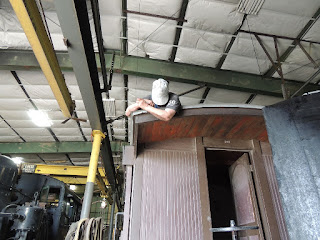 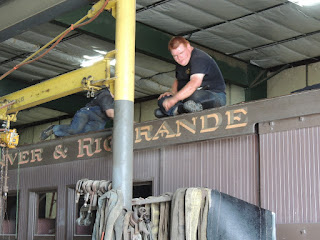 While the coaches were being re-roofed in the shop, Brad T., Alex M., and Joan M. worked on the water tower roof, getting pieces fitted for the construction of the roof. These pictures were taken in the roof "workshop" but the building of the roof will take place on-site at the North Depot. 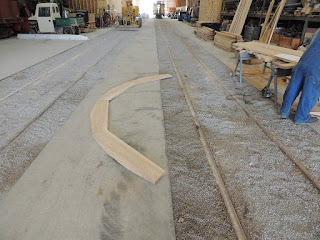 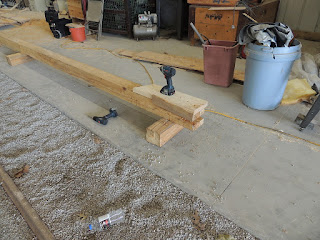 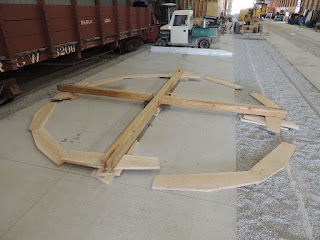 The next group of pictures depict various scenes around the railroad during the work weekend.

Memories are hazy; either sometime in 2017 or 2018 we traded several simple steam powered air compressors for a "rough" ballast tamper. We sent the tamper off-site to be renovated. While it still looks rough, the tamper has two new engines, all new hoses, new bearings, and a host of overhauled parts. 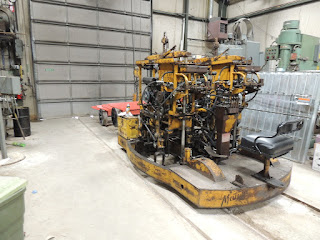 Kendall O. and Konnor S. refurbished our "rubble cart" with a new frame and decking, overhauled bearings and other metal parts. The cart was painted and lettering applied to match what would have been present while at Argent Lumber Company. 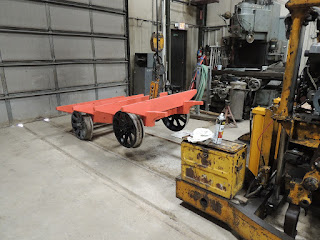 Dusitn B. and Matt W. discuss what will be placed on the pit track after No. 9 was removed. 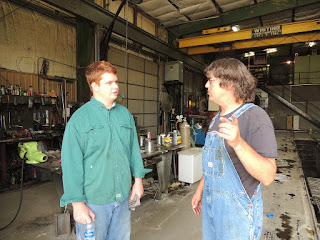 Lee R. and Rex F. were busy with repairs to the east main crossing gate. Here, they were looking through a supply cabinet for some electrical fittings. 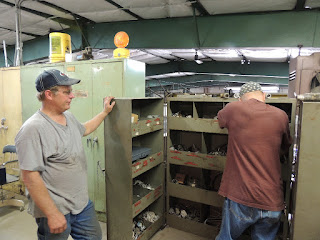 Sean B. blended the settled solids of a 5 gallon container of roofing adhesive. 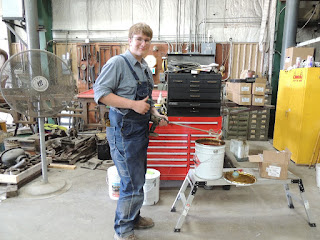 Dustin B. returns from the east main gate with a trenching machine which was used to bury the electrical pipes. 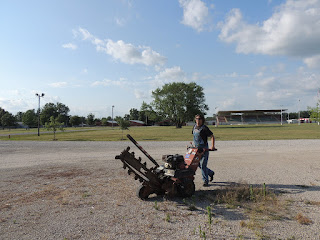 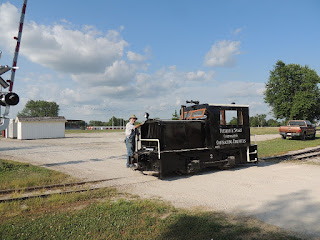 -steam.airman
Pictures courtesy steam.airman, Lauren B, Wayne P.
Posted by From the Shop at 23.7.19