Work was performed on our Shay 9 and our German Henschel 16.

The 9 was having continued work on the drive shaft realignment.

Our 16 was getting a new blow down valve put on it that would allow the engine crew to perform a blow down while the train is in motion. What is a blow down you ask? Well it is when we let steam off out of a valve on the side of the boiler to clean out the impurities such as scale or any other odd things that could be found in the boiler.


Griffin W. and friend discuss the blow down valve for 16. 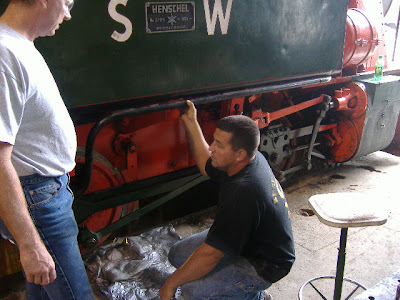 Griffin W. putting pipe dope on the pipe that is part of the blowdown for the 16. The large round objects in the foreground are drive shaft pieces from the 9. 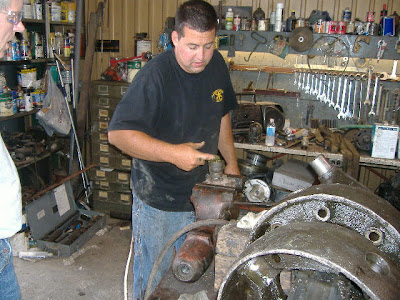 Jesse V working on part of the driveshaft for the 9. 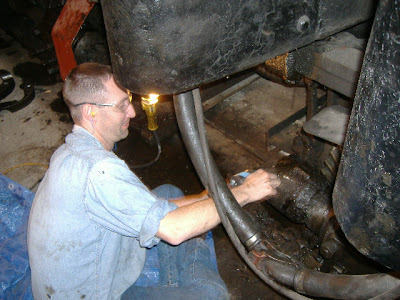 Jesse V cleaning of part of the universal joint on the drive shaft of the 9. 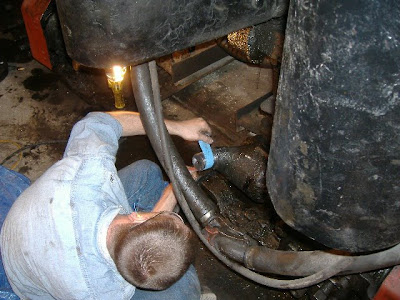